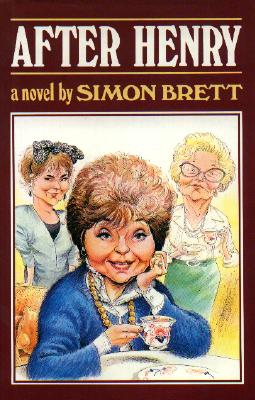 "After Henry" was a British sitcom wriiten by . It started on and later moved to television. and starred in both radio and television versions.

Sarah France is the 42-year-old widow of a GP, Henry. She lives in an often volatile family situation with her mother, Eleanor Prescott, and her daughter, eighteen-year-old Clare France, with both of whom she shares a house. After Henry's death, all three members of the family have to find a way to cope with each other as best they can.

Sarah often finds herself in the middle of things, usually figuratively, but always literally, given that she has her mother living upstairs and her daughter in the basement flat. Eleanor is ruthlessly cunning and emotionally manipulative and takes every opportunity to get one over on Sarah. Anything told to Eleanor will spread by word of mouth throughout an extensive network of the elderly of the area, or the "geriatric mafia". Clare is trying to be independent of her mother, though often has to come running back in times of crisis.

The relationships between the three women change constantly through each episode. Sometimes mother and daughter ally against grandmother, sometimes mother and grandmother go against daughter, but usually grandmother and granddaughter gang up on the long-suffering Sarah, whose one haven is Bygone Books, the remarkably unsuccessful second-hand bookshop where she works for Russell, who dispenses in turn sympathy and wisdom. Most of the time, Russell sees the women's relationships second-hand through Sarah, although he isn't opposed to taking the occasional more active role when necessary. In turn, Sarah can see some of Russell's difficulties of living with a gay partner in 1980s ia, while at the same time seeing Russell's relationship as the one perfect marriage she knows.

The BBC was reluctant to produce "After Henry" for television, so in 1988 after the third radio series Thames Television did so. The show was surprisingly popular, attracting over 14 million viewers. A second television series was shown during the same months as the fourth radio series with, in many cases, both radio and television episodes being broadcast on the same nights. The fourth television series was broadcast from July 1992, after the death of Joan Sanderson, who had died on 24 May.