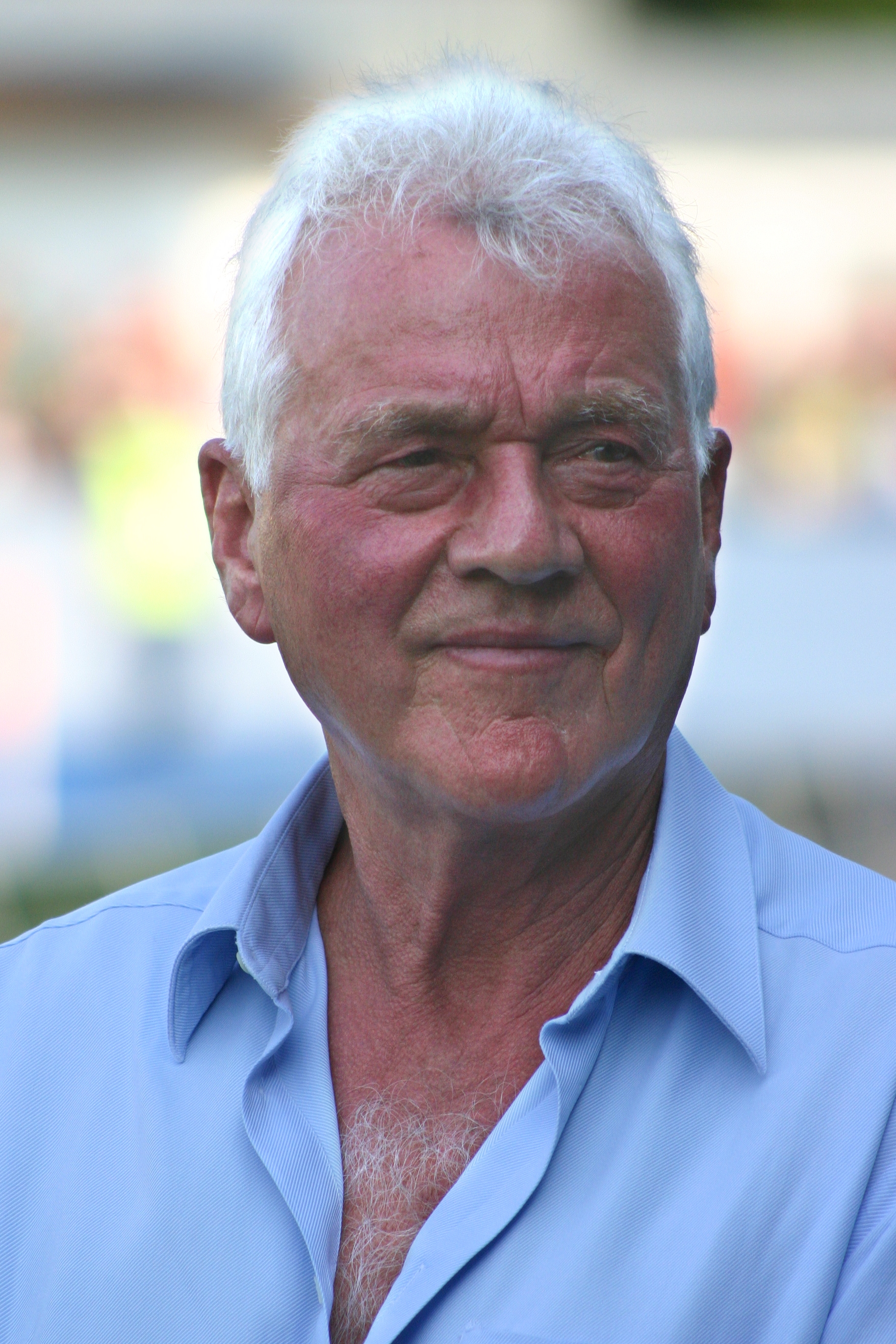 Frank H. Stronach, CM (born , as Franz Strohsack) is an n-Canadian businessman. He is the founder of , an international automotive parts company based in , Canada, and , which specializes in entertainment.

Born Franz Strohsack in the small town of , Styria, to a working-class couple. His childhood was marked by the and the .

He is married to , also from Austria originally, and has two children: , a Liberal (formerly Conservative) MP and former CEO of Magna, and Andrew Stronach, who is recognized as one of the keenest analysts of horse bloodlines. Fact|date=April 2007

In 1956, he started his first business, Multimatic Investments Ltd., in the old manufacturing district of . In 1969, his firm acquired its first automotive parts contract and merged with Magna Electronics. In 1973, the name was converted from Multimatic Investments Ltd to Magna International Ltd., Over the following decades, after several mergers and acquisitions, his business gradually became the major force it is today. Even though Frank Stronach was part of the in the 1970s and 1980s, he is well known for his opposition to trade union representation for his employees.

Recently, Stronach has been criticized for his multiple voting shares, which allow him to have majority voting power despite owning only 4% of Magna's equity. His pay packages in the past few years which have been around $30 to 50 million CAD have also aroused concern since he only holds the non-operational role of non-executive chairman, although he still wields vast power in this position ( quit as CEO of Magna's entertainment division, likely because Stronach would not give him autonomy to operate). As a result, Ontario Teachers Pension fund withheld their votes from Stronach and his close allies when it came time to re-elect Magna's board of directors. Some proponents of corporate governance have even made analogies between Stronach and Conrad Black's control of Hollinger Inc. Stronach's blunt response was to tell unhappy investors "if they don't like the restaurant, then don't eat there".

Frank Stronach is the owner of Magna Entertainment Corp. which specializes in horse-racing entertainment and owns and operates some of the most prominent s in the United States. Among Stronach's early successes was his partnership with in the filly who was voted the 1980 Sovereign Award for Canadian Horse of the Year. Frank Stronach's horses have won the in 1994 and 1997, the in 1997, and the in 2000. His horse won several major races including the 2004 , was voted the , and named the World's Top Ranked Horse for 2004.

In 2000, Frank Stronach won the . He subsequently established which owns farms in , and Canada and won the Eclipse Award for Outstanding Breeder in 2004, 2005 and 2006.

He was a candidate of the in the 1988 federal election for the riding of , but was defeated by the Progressive Conservative John Cole. He is the father of , the Liberal MP for .

Magna International has also been noted for its connections to the and the .

These connections were most famously exhibited when Progressive Conservative Premier and Finance Minister delivered the 2003 Ontario budget from a Magna plant. This led to accusations that the government was violating centuries of parliamentary tradition, and is generally believed to have had a negative impact on the Progressive Conservatives in the next provincial election.

Stronach started to become a notable figure also in the n public in the late 1990s. In 1997, he announced the project to build an in , which would have included a giant representing the that would have been 110 m high and visible from every point in the . The project failed due to severe public opposition.

In 1998, Magna took over . In the newly merged company , he successfully prevented the establishment of s, in violation of Austrian by reprimanding workers who were cooperating with unions. In 2003, Stronach also planned to take over , but this project failed.In 2004, a leisure center and the site Magna Racino were inaugurated at Ebreichsdorf.

Besides horse racing, Stronach is also interested in football. He is the main sponsor of FK Austria Vienna, which, in spite of a budget three times larger than that of its strongest competitors and the fact that Stronach is at the same time the president of the Austrian Bundesliga, has failed to completely dominate the league, winning the Austrian Championship only twice since the club was taken over by Stronach in 1999. Stronach also founded the Frank Stronach Football Academy in Hollabrunn to train and educate adolescent players.

Due to opposition among prominent members of FK Austria Vienna, Stronach decided on , to withdraw from the club. On , he also decided not to seek re-election as president of the Austrian Bundesliga. However, the Frank Stronach Football Academy continues to operate.

Stronach also has close ties to many Austrian top politicians from various parties. Former finance minister (then member of the , supported by the ) worked for Magna for some time after leaving politics following a dispute with his mentor . , a former leading member of the , is currently employed by Stronach.

On , , Frank Stronach announced that he and were committing $2 million to start a model community for people displaced by . The reported that "Magna Entertainment Corp. is [currently] providing housing for about 260 evacuees from the New Orleans area at a racetrack training facility in Palm Beach County, Fla., and will move them to a new community in November. Auto-parts giant Magna International Inc. and MEC are scouting for about 500 to 1,000 acres [2 to 4 km²] in an area of Baton Rouge in Louisiana to set up trailers and infrastructure... 'we would like to build a small community where we would try to be sponsors for the next five to seven years,' [Stronach] said in an interview." [http://www.thestar.com/NASApp/cs/ContentServer?pagename=thestar/Layout/Article_Type1&c=Article&cid=1126043418180] Some further details were announced on , and the new development is officially known as Magnaville. Later the name was adopted.

On , , Frank Stronach was awarded the title of an honorary of practical business management at the .