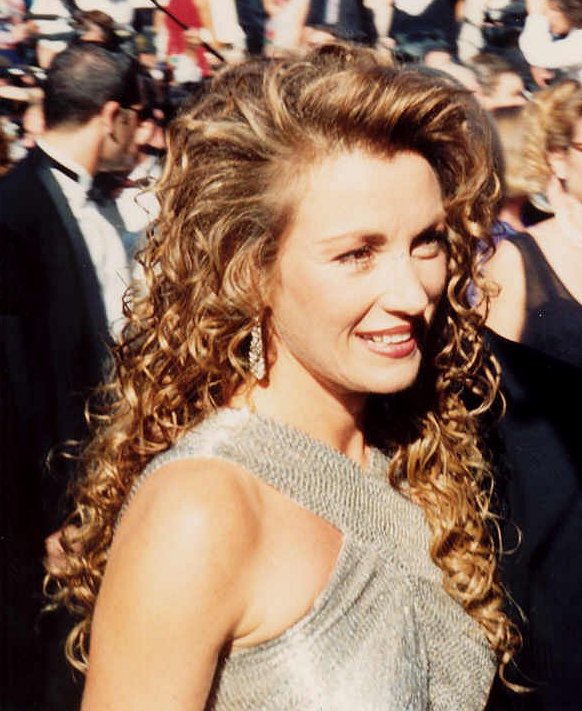 
Jane Seymour, OBE (born Joyce Penelope Wilhelmina Frankenberg on ) is an English actress best known as a in the 1973 film "Live and Let Die" and the star of the 1990s American "" and its telefilm s.

Joyce Penelope Wilhelmina Frankenberg was born in Hayes, , , to John Frankenberg, an English Jewish of Polish and German origin, and his Dutch wife, Mieke Frankenberg. John died in 1990 after 40 years of marriage, and Mieke died on , . Their daughter took the stage name "Jane Seymour", also the name of King Henry VIII's third wife, at the age of 17. She was educated at the independent The Arts Educational School in , , in England.

Seymour has had a long acting career in both film and television, beginning in 1969 with an uncredited role in 's film version of "". Soon afterward she married Attenborough's son, . Her first major film role was as Lillian Stein, a ish woman seeking shelter from the with a Danish family in the 1970 war drama "The Only Way".

From 1972 to 1973, she gained her first major TV role as Emma Callon in the successful 1970s series "". During this time she appeared as female lead Prima in the two-part TV mini-series "Frankenstein: The True Story" and as 's lover Pamela Plowden in another of the films produced by her father-in-law, "Young Winston". She also drew her first major international attention as Solitaire in the film "Live and Let Die." IGN ranked her as 10th in a Top 10 Bond Babes list. [ [http://stars.ign.com/articles/746/746292p1.html IGN: Top 10 Bond Babes ] ]

Seymour d in 1973. She then took only two minor TV roles until cast as Princess Farah in "", the third part of 's "" trilogy, in 1975. (The film was not released, however, until its animation sequences had been completed in 1977.) In 1978, she played Serina in the "Battlestar Galactica" motion picture, and then in the first two episodes of the series that followed, until the character was killed. In 1981, she was cast as Cathy Ames in the TV of 's "". She also played the role of an undercover reporter in a TV movie about the .

In 1980, Seymour returned to the big screen in the comedy "" opposite , and as Elise McKenna in the romantic fantasy "Somewhere in Time" opposite . Seymour appeared nude in the 1984 film "Lassiter", co-starring , but the film was a box office and commercial failure. In 1987, Seymour was the subject of a pictorial in "" magazine, although she did not actually pose nude.

Seymour won the female lead in the 12-part TV miniseries, "" (1988), in which she played Natalie Henry, an American Jewish woman trapped in Europe during World War II. The series was based on the successful novel by Herman Wouk, and is noted for its accurate and graphic depiction of the Holocaust.

Seymour continued to take numerous roles in TV movies and series, most notably as Dr. Michaela "Mike" Quinn in the TV series "" and its TV-movie sequels (1993–2001), through which she met her fourth husband, actor-director . In 2004, she made several guest appearances in the series "Smallville", playing Genevieve Teague, the wealthy, scheming mother of Jason Teague (). She also made a guest appearance on "".

Seymour returned to the big screen in 2005 with playing Kathleen Cleary, wife of fictional U.S. William Cleary (), in the comedy "". She returned to TV in the short-lived WB series "", broadcast in spring 2006.

In fall 2006, Seymour guest-starred as a law-school professor on an episode of the sitcom "" and as a wealthy client on the FOX legal drama "Justice". In 2007, she guest-starred in the ABC sitcom "In Case of Emergency", which starred and . She also appeared in 's "Marple: Ordeal By Innocence" based on the novel. She was a contestant on season five of the U.S. "Dancing with the Stars", which on the 7th week of competition, she was eliminated.

Seymour also currently the face of an advertising campaign for the Scottish furniture chain in the .

Seymour has : where her right eye is hazel and her left is green. In 2007, she admitted to having undergone , including and . [ [http://www.dailymail.co.uk/pages/live/articles/showbiz/showbiznews.html?in_article_id=491595&in_page_id=1773 Daily Mail article] ]

In 1984, Seymour bought with then-husband David Flynn the Grade One listed for £350,000, located in the village of St Catherine, near . After spending £3 million on refurbishments, she spent her summers at the house and her winters in . After her divorce from Flynn and marriage to Keach, she spent more time in America, and made little use of the house, so she began to rent it out. In 1994, during that season's filming for "Dr. Quinn, Medicine Woman," she rented it to English rock group , who recorded their album "" at the house. In May 2007, she was granted a 24-hour alcohol and entertainment licence under new UK regulations. However, this caused much disturbance with neighbours, who claimed the access lane was too thin and the noise too excessive. Seymour won the court battle, but sold the house in November 2007. [ [http://www.dailymail.co.uk/pages/live/articles/showbiz/showbiznews.html?in_article_id=500132&in_page_id=1773 'Neighbour from hell' Jane Seymour sells mansion after row with residents] Daily Mail - 6 December 2007]

Seymour is a celebrity ambassador for the non-profit organization . She regularly makes appearances at fund raisers and events for the child abuse prevention and treatment organization and is an ardent supporter. In she sponsored a children's Art Pillow contest as part of the Jane Seymour Collection. One-hundred percent of the proceeds went to .

An allergic reaction to antibiotic medicine on a film shoot in Spain almost killed the actress, and the scrape with death profoundly changed her whole outlook on life.Seymour explains, "I saw the white light and I saw, from the corner of the room, them trying to resuscitate me and I saw a syringe with blood in it."It did change my whole life because, when you die, I realized you take nothing with you except for what you've done."