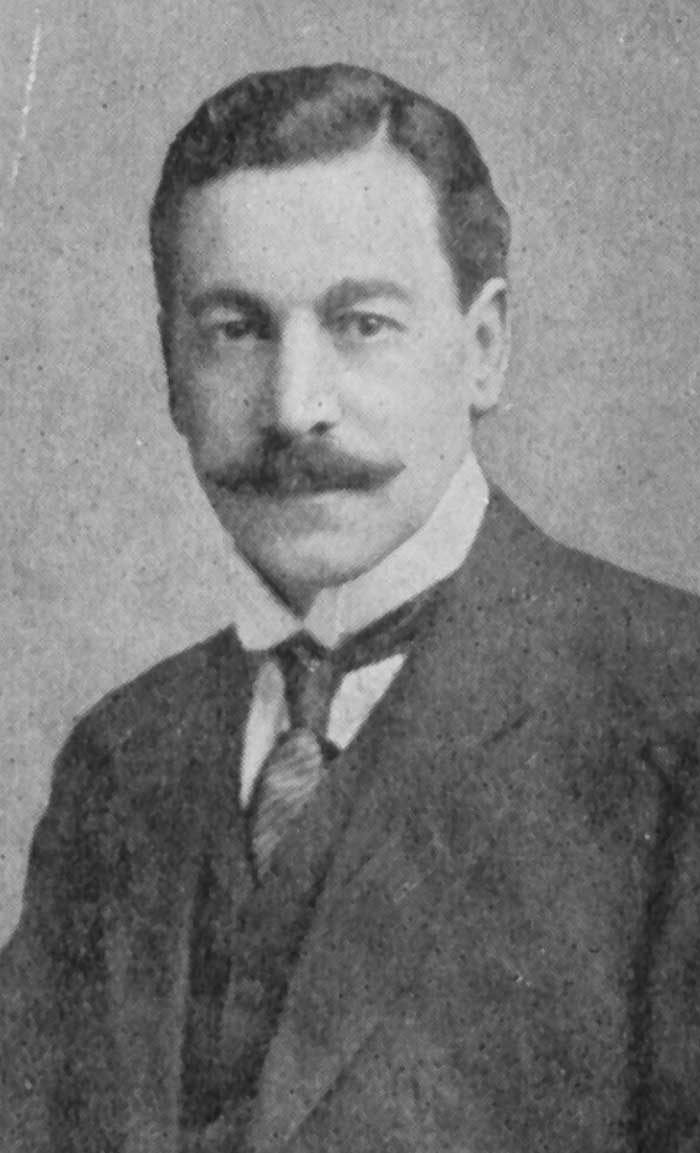 He was born at "Claremont" No. 11 Belvidere Road, , in 1870. The building now houses part of . He was educated at in Hampstead, London and . He had a religious upbringing but in Oxford his beliefs underwent a radical change and he went to the extreme length of renouncing all religious belief, declaring he would no longer adhere to any outward practice of religion and in 1892 wrote to his mother that he would never be able to attend a synagogue. He remained a member of the Jewish community, and kept kosher and the Sabbath "for hygienic reasons". [Wasserstein, Bernard, "Herbert Samuel: A Political Life" 1992, p.9. Cited by Huneidi, Sahar "A Broken Trust, Herbert Samuel, Zionism and the Palestinians", 2001. p.80]

Samuel unsuccessfully fought two general elections before being elected a for the Cleveland constituency in a by-election in 1902, as a member of the Liberal Party. He was appointed to the in 1909 by , first as , and then later as Postmaster General, President of the Local Government Board, and eventually . He put forward the idea of establishing a British over Palestine in 1915 and his ideas influenced the Balfour Declaration. As Home Secretary, Samuel faced a shortage of manpower needed to fight in , and initiated legislation which offered thousands of Russian refugees (many of them young Jews) a choice between conscription into the British Army, or returning to Russia for military service. [Modern British Jewry, Geoffrey Alderman, Oxford University Press p.237-238]

The governing Liberal Party lost faith in Asquith in December, 1916, over the conduct and huge losses of and chose the pro-Zionist Lloyd George to serve as Prime Minister instead. Samuel sided with Asquith over this affair, losing his place in cabinet and then losing his seat in the general election of 1918.

In 1917, Britain occupied Palestine (then part of the ) during the course of the First World War. Samuel lost his seat in the election of 1918 and became a candidate to represent British interests in the territory. He was appointed to the position of in 1920, despite the fact that Turkey had not accepted the terms of the peace conference and the Council of the had not approved a British mandate for Palestine. Nonetheless, the military government withdrew to Cairo in preparation for the expected British , which was finally granted 2 years later by the League of Nations. He served as High Commissioner until 1925 ref|govpal. Samuel was the first to govern the historic land of in 2,000 years. [ [http://www.jewishvirtuallibrary.org/jsource/biography/samuel.html Jewish Virtual Library] Herbert Louis Samuel (1870 - 1963)] . He recognised as one of the three official languages of the Mandate territory. He was appointed Knight Grand Cross of the Order of the British Empire (GBE) on .

Samuel's appointment to High Commissioner of Palestine was controversial. While the Zionists welcomed the appointment of a Zionist Jew to the post, the military government, headed by Allenby and Bols, called Samuel's appointment "highly dangerous". [Vital, "Zionism", p. 83. Also Knox, "The Making of a New Eastern Question", p. 153, and Ingrams, "Palestine Papers", p. 105.] . Technically, Allenby noted, the appointment was illegal, in that a civil administration that would compel the inhabitants of an occupied country to express their allegiance to it before a formal peace treaty (with Turkey) was signed, was in violation of both and the [Henry Laurens, "La Question de Palestine", Fayard, Paris 1999 vol.1 p.523] . Bols said the news was received with '(c)onsternation, despondency, and exasperation' by the Moslem [and] Christian population ... They are convinced that he will be a partisan Zionist and that he represents a Jewish and not a British Government.' [Ingrams, "Palestine Papers", p. 106.] Allenby said that the Arabs would see it as "as handing country over at once to a permanent Zionist Administration" and predicted numerous degrees of violence. Lord Curzon read this last message to Samuel and asked him to reconsider accepting the post. (Samuel took advice from a delegation representing the Zionists which was in London at the time, who told him that these 'alarmist' reports were not justified. Samuel's memoirs, p.152.) The Muslim-Christian Association had sent a telegram to Bols:

'Sir Herbert Samuel regarded as a Zionist leader, and his appointment as first step in formation of Zionist national home in the midst of Arab people contrary to their wishes. Inhabitants cannot recognise him, and Moslem-Christian Society cannot accept responsibility for riots or other disturbances of peace'.

. The wisdom of appointing Samuel was debated in the a day before he arrived in Palestine. Lord Curzon said that no 'disparaging' remarks had been made during the debate, but that 'very grave doubts have been expressed as to the wisdom of sending a Jewish Administrator to the country at this moment'. Questions in the House of Commons of the period also show much concern about the choice of Samuel, asking amongst other things 'what action has been taken to placate the Arab population ... and thereby put an end to racial tension'. Three months after his arrival, The Morning Post wrote that 'Sir Herbert Samuel's appointment as High Commissioner was regarded by everyone, except Jews, as a serious mistake.'

As High Commissioner, Samuel was at pains to demonstrate his neutrality and attempted to mediate between Zionist and interests acting to slow Jewish immigration and win the confidence of the Arab population. He hoped to gain Arab participation in mandate affairs and to guard their civil and economic rights, while at the same time refusing them any authority that could be used to stop Jewish immigration and land purchase. [C.D. Smith, 2001, 'Palestine and the Arab-Israeli conflict', 4th ed., ISBN 0-312-20828-6, p. 110-112] According to Wasserstein his policy was "subtly designed to reconcile Arabs to the [...] pro-Zionist policy" of the British. [B. Wasserstein, 1978, 'British in Palestine', p.92] ic custom at the time was that the chief Islamic spiritual leader, the of Jerusalem, was to be chosen by the temporal ruler, the Ottoman in , from a group of that were nominated by the indigenous clerics. After the British conquered Palestine, the Sultan was no longer the secular ruler. Herbert Samuel was to appoint the Islamic leader. He chose Hajj Amin Al Husseini, who later proved a thorn in the side of the British administration in Palestine.

On his return to Britain in 1925, Prime Minister asked Samuel to look into the problems of the mining industry. The Samuel Commission published its report in March 1926 recommending that the industry be reorganised but rejecting the suggestion of nationalisation. The report also recommended that the Government subsidy should be withdrawn and the miners' wages should be reduced.The report was one of the leading factors that led to the 1926 General Strike.

Herbert Samuel returned to the House of Commons following the 1929 General Election. Two years later he became deputy leader of the Liberal Party and acted as leader in the summer of 1931 when Lloyd George was ill. Under Samuel the party served in the first National Government of Prime Minister formed in August 1931, with Samuel himself serving as . However the government's willingness to consider the introduction of protectionist tariffs and to call a general election to seek a mandate led to the Liberal Party fragmenting into three distinct groups. After the general election and with Lloyd George now detached at the head of a group of Independent Liberals, Samuel became the official leader of the Liberals (the first practising Jew to lead a major British political party) but faced a party predominantly divided with over half the MPs in the Liberal National faction of Sir John Simon. The government's moves to introduce tariffs caused further friction for the Liberals and Samuel withdrew the party from the government in stages, first obtaining the suspension of on the matter to allow Liberal members of the government to oppose tariffs, then in October 1932 the Liberal ministers resigned their ministerial posts but continued to support the National Government in Parliament, and finally in November 1933 Samuel and the bulk of the Liberal MPs crossed the floor of the House of Commons to now oppose the government outright. He remained leader of the Liberal Party until he again lost his seat in 1935.

In 1937 he was granted the title ; later that year Samuel, although Jewish, aligned himself with Prime Minister 's appeasement policy towards , urging that Germany be cleared of their 1914 war guilt and recommending that Germany's former colonies be returned to her.

In 1942 George Allen & Unwin LTD published Samuel's fantastical account of how he had discovered the fabled land of Bensalem. This Island was described as a land of incredibly advanced technology written about by in . Samuel believed the story to be true and financed his own expedition on becoming viscount. His story describes how he discovered Bensalem when a violent storm shipwrecked him and his crew on the Utopian island.What follows is a rather incredible description of the history, sociology, technology and economy of the Bensal. Included are charts of the Islands and two appendices one on head binding and the other on their discovery of light's physical properties.

Samuel later became the leader of the Liberal Party in the (1944-55). During the 1951 general election, on 15 October 1951, Samuel became the first British politician to deliver a party political broadcast on television [Wasserstein, Bernard, "Herbert Samuel: A Political Life" 1992,p.396] . His son served in the .

In his later years he remained concerned over the future of humanity and of science, writing three remarkable books:"Essays in Physics" (1951), "In Search of Reality" (1957) and a collaborative work, "A Threefold Cord: Philosophy, Science, Religion" (1961). The three works tended to conflict with the beliefs of the scientific establishment, especially as his collaborator and friend in the last work was .