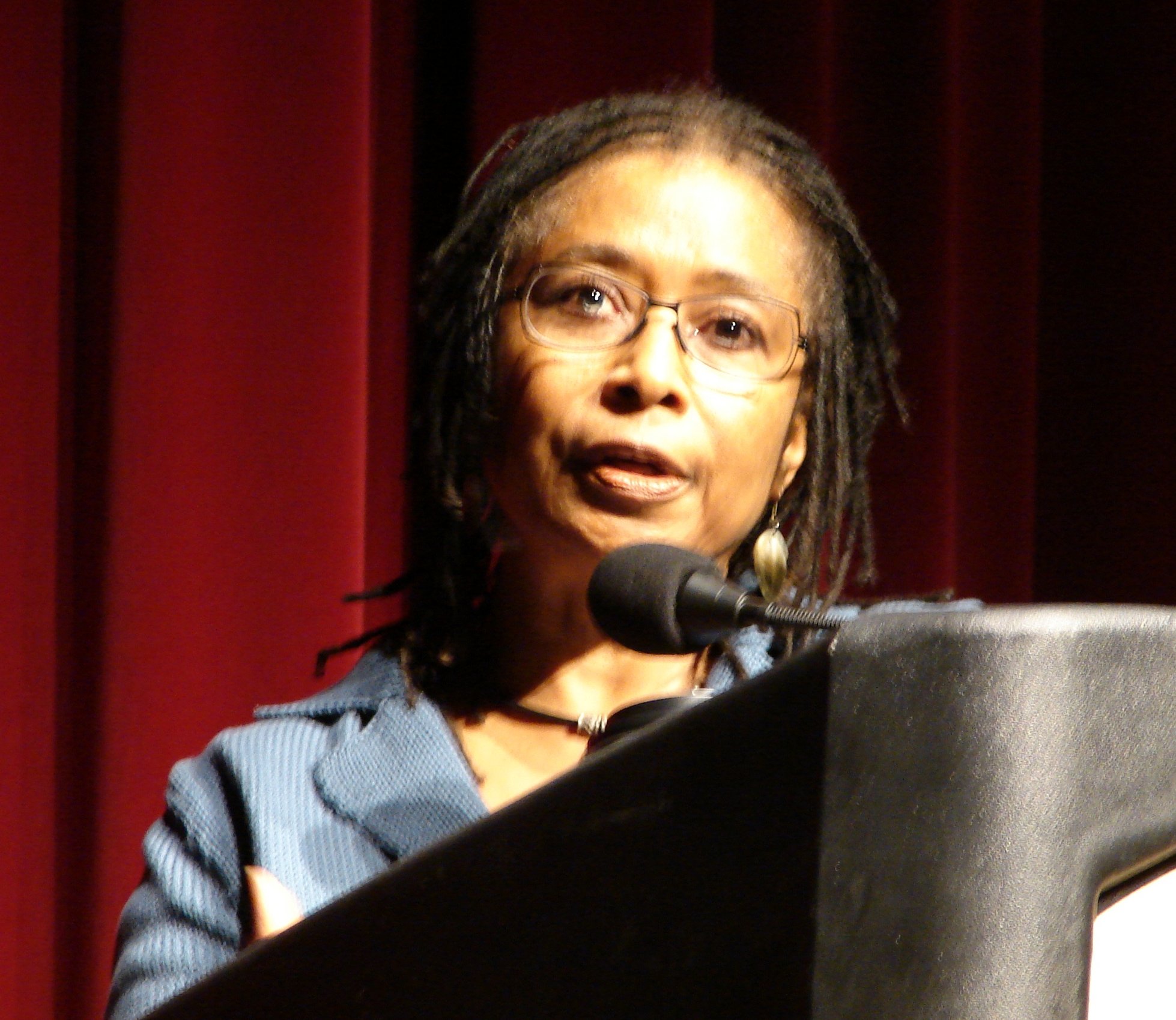 Alice Malsenior Walker (born February 9, 1944) is an American , self-declared and - the latter a term she herself coined to make special distinction for the experiences of women of color. She has written at length on issues of race and gender, and is most famous for the critically acclaimed novel "", for which she won the .

Walker was born in Eatonton, Georgia, the eighth child of .

In her book "Alice Walker: A Life", author Evelyn C. White talks about an incident when Walker, who was eight years old at the time, was injured when her brother accidentally shot her in the eye with a BB gun. She became blind in her right eye as a result. In the book, White suggests this event had a large impact on Walker, especially when a white doctor in town swindled her parents out of $250 they paid to repair her injury. Walker refers to this incident in her book "Warrior Marks", a chronicle of female genital mutilation in Africa, and uses it to illustrate the sacrificial marks women bear that allow them to be "warriors" against female suppression.

After high school, Walker went to in on full scholarship in 1961 and later transferred up north to near New York City, graduating in 1965. Walker became interested in the in part due to the influence of activist , who was one of her professors at Spelman College. Continuing the activism that she participated in during her college years, Walker returned to the South where she became involved with voter registration drives, campaigns for welfare rights, and children's programs in .

Walker's first book of poetry was written while she was still a senior at Sarah Lawrence, and she took a brief sabbatical from writing when she was in Mississippi working in the civil rights movement. Walker resumed her writing career when she joined "Ms." magazine as an editor before moving to northern in the late 1970s. An article she published in 1975 was largely responsible for the renewal of interest in the work of , who was a large source of inspiration for Walker's writing and subject matter. In 1973, Walker and fellow Hurston scholar Charlotte D. Hunt discovered Hurston's unmarked grave in . Both women paid for a modest headstone for the gravesite. [ [http://www.mondowendell.com/walker.htm Extract from "Anything We Love Can Be Saved: A Writer's Activism" by Alice Walker published by "The Women's Press Ltd", 1997] ]

In addition to her collected short stories and poetry, Walker's first novel, "The Third Life of Grange Copeland", was published in 1970. In 1976, Walker's second novel, "Meridian", was published. The novel dealt with activist workers in the South during the civil rights movement, and closely paralleled some of Walker's own experiences.

In 1982, Walker would publish what has become her best-known work, the novel "". The story of a young black woman fighting her way through not only racist white culture but patriarchal black culture was a resounding commercial success. The book became a bestseller and was subsequently adapted into a critically acclaimed 1985 movie as well as a 2005 Broadway musical play.

Walker has written several other novels, including "" and "" (which featured several characters and descendants of characters from "The Color Purple") and has published a number of collections of short stories, poetry, and other published work.

Her works typically focus on the struggles of African Americans, particularly women, and their struggle against a racist, sexist, and violent society. Her writings also focus on the role of women of color in culture and history. Walker is a respected figure in the liberal political community for her support of unconventional and unpopular views as a matter of principle.

She has one child, , from her marriage to , a Jewish activist/ lawyer. Rebecca is also an author and in 2000 published a memoir titled "Black White and Jewish", chronicling her parents' relationship and how it negatively affected her childhood.

Walker discussed her love affair with in a December 2006 interview with "", explaining why they did not go public with their relationship, saying " [the relationship] was delicious and lovely and wonderful and I totally enjoyed it and I was completely in love with her but it was not anybody's business but ours."

Awards and other recognition