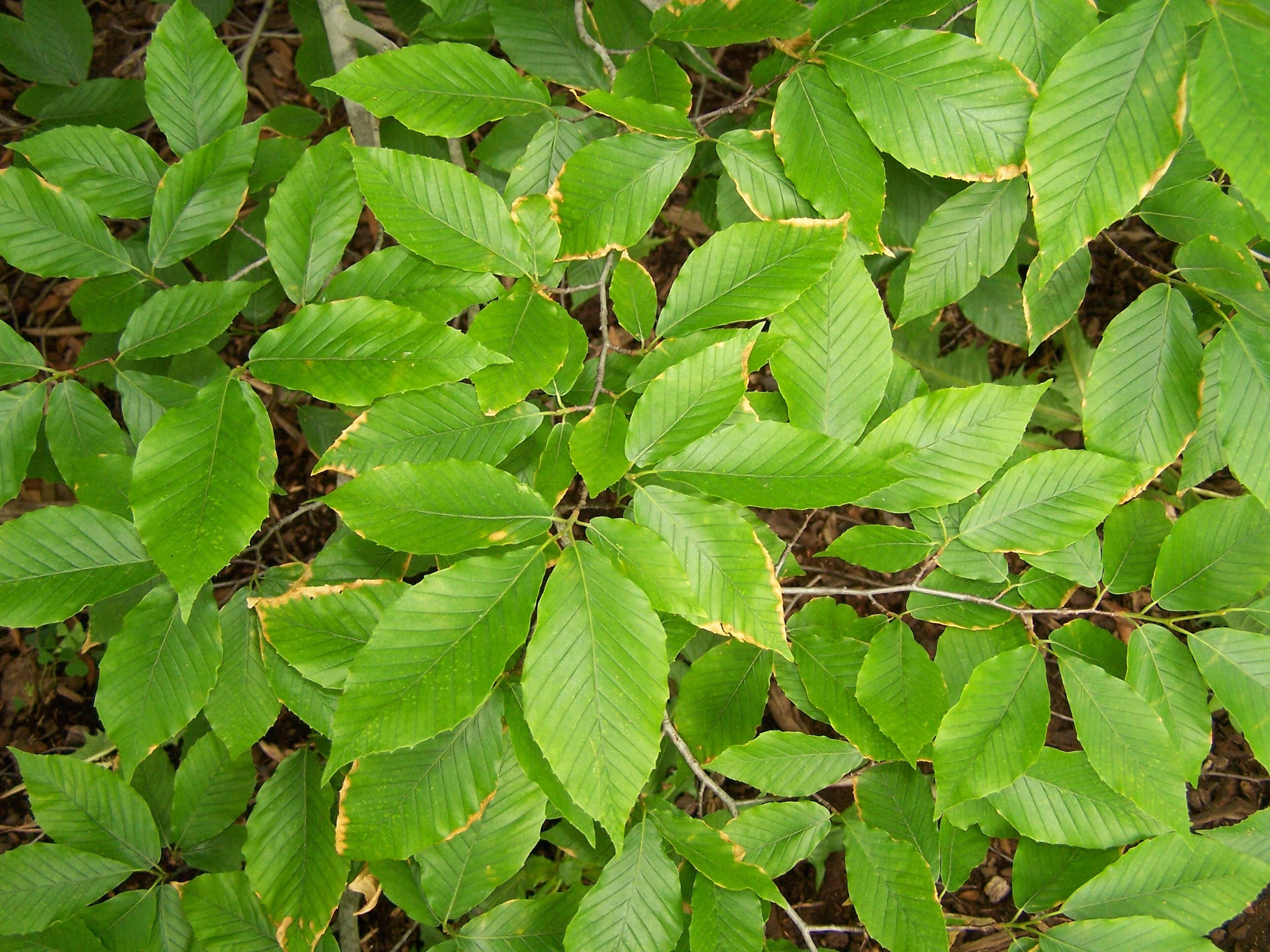 The American Beech "Fagus grandifolia" is a species of native to eastern , from west to southern in southeastern , west to and south to eastern and northern in the . Trees in the southern half of the range are sometimes distinguished as a variety, "F. grandifolia" var. "caroliniana", but this is not considered distinct in the Flora of North America. A related beech native to the mountains of central is sometimes treated as a subspecies of American Beech, but more often as a distinct species, "Fagus mexicana".

|
-|
-|It is a growing to 20-35 m tall, with smooth, silvery-gray . The leaves are dark green, simple and sparsely-toothed with small teeth, 6-12 cm long (rarely 15 cm), with a short petiole. The winter twigs are distinctive among North American trees, being long and slender (15-20 mm by 2-3 mm) with two rows of overlapping scales on the buds. The tree is monoecious, with flowers of both sexes on the same tree. The is a small, sharply-angled nut, borne in pairs in a soft-spined, four-lobed husk.

The American Beech is a shade-tolerant species, favoring the shade more than other trees, commonly found in forests in the final stage of succession. Although sometimes found in pure stands, it is more often associated with , , and , typically on moist well drained slopes and rich bottomlands. Near its southern limit, it often shares canopy dominance with Southern Magnolia.

has become a major killer of Beeches in the Northeastern United States.

American Beech is an important tree in . The wood is heavy, hard, tough and strong, and, until the advent of the modern , during lumbering beech trees were often left uncut. As a result, many areas today still have extensive groves of old beeches that would not naturally occur. Today, the wood is harvested for uses such as flooring, containers, furniture, handles and woodenware.

It is sometimes planted as an ornamental tree, but (even within its native area) much less often than the ; the latter species is faster-growing and somewhat more tolerant of difficult urban sites.

Like the European Beech bark, the American Beech bark is an attraction for vandals who carve names, dates, and other material into it. One such tree in , in what is now the southern part of Iroquois Park, bore the legend "D. Boone kilt a bar" and the year in the late 1700s. This carving was authenticated as early as the mid-1800s, and the tree trunk section is now in the possession of in Louisville.