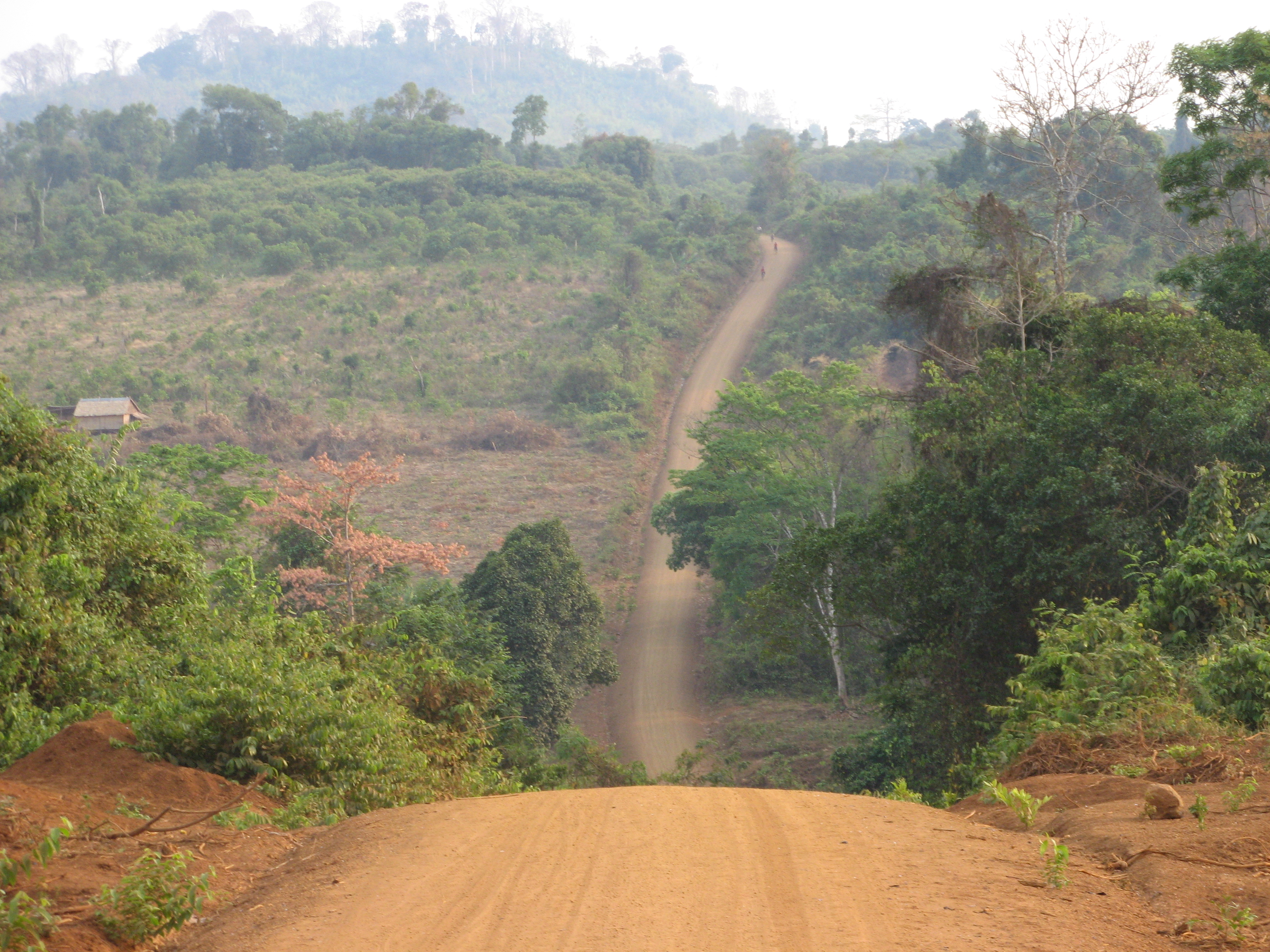 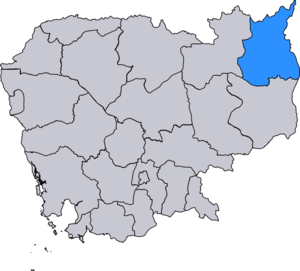 Ratanakiri is a province in northeastern that borders to the north, to the east, to the south, and to the west. Ratanakiri has long been occupied by the highland , who are a minority elsewhere in Cambodia. During the region's early history, its Khmer Loeu inhabitants were exploited as slaves by the Khmer, Lao, and Thai empires who controlled the region. The slave trade economy ended during the French colonial era, but a harsh Khmerization campaign after Cambodia's independence again threatened Khmer Loeu ways of life. The built its headquarters in the province in the 1960s, and bombing during the devastated the region. Today, rapid development in the province is altering traditional ways of life.

Ratanakiri is known for its lush forests; the hilly plateau between Ratanakiri's two major rivers is home to most of the province's population. Ratanakiri is sparsely populated; its 118,000 residents make up less than 1% of the country's total population. Residents generally live in villages of 100 to 300 people, though the provincial capital of (by far Ratanakiri's largest settlement) has a population of 17,000.

Ratanakiri is among the least developed provinces of Cambodia. Its infrastructure is poor, and the local government is weak. The vast majority of Ratanakiri's population engages in subsistence shifting agriculture. Health indicators in Ratanakiri are extremely poor, with nearly one in four children dying before age five. Education levels are also low; three quarters of the population is illiterate.

Shouldered stone axes and earthenware ceramics found in Ratanakiri suggest that the region has been occupied at least as early as the stone or . [Stark, Miriam T. "Pre-Angkorian and Angkorian Cambodia". "Southeast Asia: From Prehistory to History" (Ian Glover & Peter S. Bellwood, editors). Routledge (2004), [http://books.google.com/books?id=6kDm5d3cMIYC&pg=PT120&sig=DLzoOFPaihOMucJ_xRJ3f0p_fy0 p. 96] . ISBN 041529777X.] Since at least the 4th century A.D., the highlanders of present-day northeast Cambodia traded with towns along the .

Ratanakiri Province was created in 1959 from land that had been the eastern area of .

After the Vietnamese defeated the Khmer Rouge in 1979, government policy toward Ratanakiri became one of benign neglect.

Ratanakiri's recent history has been characterized by development and attendant challenges to traditional ways of life.

The geography of Ratanakiri Province is diverse, encompassing rolling hills, mountains, plateaus, lowland watersheds, s, and waterfalls. Two major rivers, and , flow from east to west across the province. The far north of the province encompasses mountains of the , with dense s, relatively poor lithosol soil, and abundant wildlife.

Like other areas of Cambodia, Ratanakiri has a al climate with a rainy season from May to October and a dry season from November to April.

Nearly half of Ratanakiri has been set aside in protected areas,

Government in Ratanakiri is weak, largely due to the province's remoteness, ethnic diversity, and recent history of Khmer Rouge dominance.

The province is subdivided into 9 districts, as follows:

The vast majority of the indigenous peoples of Ratanakiri are , practicing . (See Culture below for more information on traditional subsistence practices.) Many families are beginning to shift production to such as , , and , a trend that has accelerated in recent years.

Larger-scale agriculture occurs on , , and plantations.

Ox-cart, motorcycle, and walking are common means of transportation in Ratanakiri.

As of 2004, Ratanakiri Province had a population of approximately 118,000. [ [http://www.methodfinder.com/wfpatlas/index.php?page=0416&lang=e "Provincial Food Security Profile of Rattanakiri"] . . Accessed .] Its population is increasing more quickly than Cambodia's total population, largely due to internal migration.

Health indicators in Ratanakiri are the worst in Cambodia.

Education levels in Ratanakiri, particularly among Khmer Loeu, are very low. A 2002 survey of residents in six villages found that fewer than 10% of respondents had attended any primary school. [Chey Cham et al. [http://gamma.sil.org/asia/ldc/parallel_papers/he_chey_chap.pdf "Bilingual Education in Cambodia"] (PDF). Conference on Language Development, Language Revitalization, and Multilingual Education in Minority Communities in Asia, Bangkok, Thailand (November 6–8, 2003), p. 7. Accessed .] Only 23.5% of Ratanakiri residents are (compared to 67.3% in Cambodia overall), with lower rates among those living outside Banlung District (15.7%) and among women (15.3%). [ [http://www.stats.nis.gov.kh/CENSUSES/Census1998/literacy.htm "1998 Population Census of Cambodia: Adult Literacy"] . . Accessed .]

Ratanakiri is one of the least developed provinces in Cambodia, and living conditions are generally poor.

A variety of non-governmental organizations in Ratanakiri, including and , work to improve health and living conditions in the province. [Riska, Gunilla. [http://www.mekonginfo.org/mrc_en/doclib.nsf/0/B2C7B593F8EBDFDAC725682D000AC04C/$FILE/MAINREPORT.html "NGOs in the GMS"] . . Accessed .]

Each of the province's Khmer Loeu ethnic groups has a distinct set of customs and form of social organization,

Khmer Loeu diets in Ratanakiri are largely dictated by the food that is available for harvesting or gathering.

Nearly all Khmer Loeu are , and their cosmologies are intertwined with the natural world.

Because of the provinces's high prevalence of malaria and its distance from regional centers, Ratanakiri remained isolated from Western influences until the late 20th century.

Despite a 2001 law allowing indigenous communities to obtain collective title to traditional lands, land alienation has been a major problem in Ratanakiri; some villages have been left nearly landless.