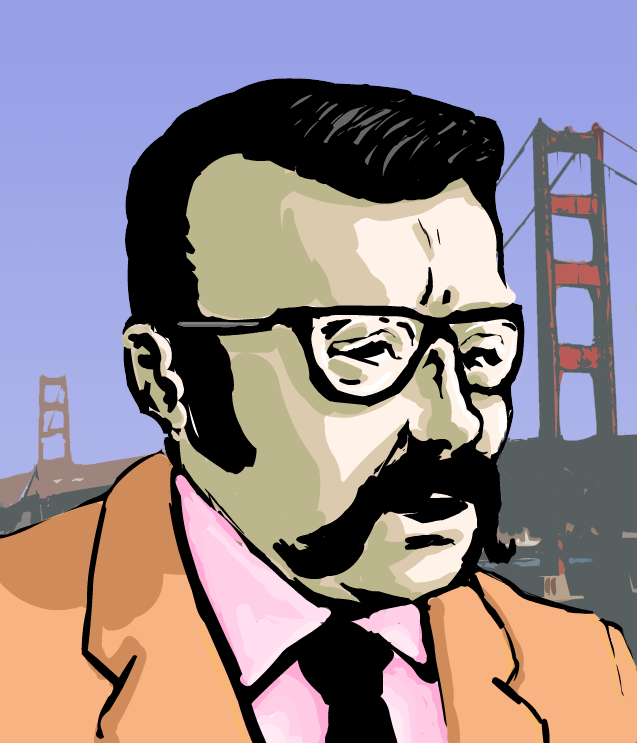 Vince Guaraldi (, – , ) was an American and best known for composing music for adaptations of the "" . Guaraldi was born in . He graduated from Lincoln High School, attended San Francisco State College, and served as an Army cook in the .

In his first serious gig, he had to fill in for .

His first recording was made in November 1951 and came out early in 1953. The early 10 inch LP was called "The Cal Tjader Trio", which included the tunes "Chopsticks Mambo," "Vibra-Tharpe," and "Lullaby of the Leaves." By 1955, Guaraldi had put together his own trio with and . He then reunited with in June, 1956 and was an integral part of two great bands that the vibraphonist assembled. The first band played mainly straight jazz and included Al Torre on drums, Eugene Wright on bass and Luis Kant on congas and bongos. The second band was formed in the spring of 1958 and included Al Mckibbon on bass, Mongo Santamaria on congas and bongos and Willie Bobo on drums and timbales. Reed men Paul Horn and Jose ‘Chombo’ Silva were also added to the group for certain live performances and recordings. Guaraldi left the group early in 1959 in order to pursue his own projects full time. Though he was best known for composing the music for the popular animated "Peanuts" television holiday specials, he was a -winning jazz pianist prior to the "Peanuts" series. Nevertheless, his most recognized tune is "" from "A Charlie Brown Christmas", a song which is known by fans worldwide as the musical signature of the "Peanuts" franchise.

Guaraldi's "" won a Grammy for Best Original Jazz Composition. The track appears on the 1962 album "Jazz Impressions of Black Orpheus", inspired by the French/Brazilian film "", which won an for Best Foreign Language Film. While "Cast Your Fate To The Wind" by Guaraldi achieved modest chart success as a single in 1963, a cover version two years later by British group cracked the Billboard top 10 (in the spring of 1965).

While searching for just the right music to accompany a planned "Peanuts" television documentary, (the producer of the special) heard a single version of "Cast Your Fate to the Wind" by Vince Guaraldi's trio on the radio while traveling in a taxicab on the in . Mendelson contacted , jazz columnist for the "" and was put in touch with Guaraldi. He proposed that Guaraldi score the upcoming "Peanuts" Christmas special and Guaraldi enthusiastically took the job, performing a version of what became "Linus and Lucy" over the phone two weeks later. The soundtrack was recorded by the Vince Guaraldi Trio, whose other members were bassist Fred Marshall (who later married of the group ) and drummer . Guaraldi went on to compose scores for sixteen "Peanuts" television specials and the full-length movie "A Boy Named Charlie Brown".

Guaraldi died of a sudden heart attack at age 47 on , . He was found in a room at the Red Cottage Inn, where he had been relaxing between sets at Butterfield's nightclub in . Guaraldi had just finished recording the soundtrack for "" earlier that afternoon. Guaraldi was buried at Holy Cross Cemetery, .

After Guaraldi's death, the music for the "Peanuts" series was composed first by San Francisco film and television composer , who scored several "Peanuts" TV specials and motion pictures up to the early 1990s, along with his future wife , and occasionally, . A few times, Bogas did his own arrangements of Guaraldi's "Linus And Lucy" theme as a nod to the musician (most notably in "" and "".

Noted jazz musician David Benoit has often credited Guaraldi and the original "Peanuts" Christmas special music for his interest in jazz. In 1985, Benoit recorded a cover of Guaraldi's "Linus and Lucy" for an album called "This Side Up", which enjoyed considerable radio airplay and helped launch the smooth jazz genre.

In 2003, a heretofore unknown live performance of the eight-part "Charlie Brown Suite" was released, restored from tapes in private collection of pianist .

Albums as leader or co-leader

Notable appearances on other albums

* Liner notes to the 2006 re-mastered CD release of "A Charlie Brown Christmas" soundtrack.