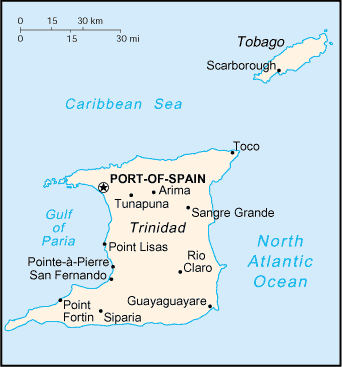 The history of Trinidad and Tobago begins with the settlements of the islands by Amerindians. Both islands were encountered by Christopher Columbus on his third voyage in . Tobago changed hands between the British, French, Dutch and Courlanders, but eventually ended up in British hands. Trinidad remained in Spanish hands until 1797, but it was largely settled by French colonists. In 1888 the two islands were incorporated into a single crown colony. Trinidad and Tobago obtained its independence from the British Empire in 1962 and became a republic in 1976.

Today Trinidad is the result of a fusion of many different cultures. It hosts an annual pre-en Carnival. It is the birthplace of , the musical instrument pie and Limbo dance. Styles of popular music include calypso, , soca and .

Trinidad is also an industrial island with a diversified economy, based to a large extent on oil and , industry and agriculture.Fact|date=November 2007 It is one of the leading gas-based export centers in the world, being the leading exporter of ammonia and methanol and among the top five exporters of . This has allowed Trinidad to capitalize on the large mineral reserves within its territories. It has good transport links and infrastructure, although some roads in more rural areas are in disrepair.Fact|date=November 2007