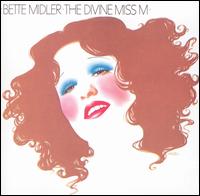 The Divine Miss M is the debut album by American female vocalist , released in 1972 on the label. The title of the album refers to Midler's famous stage persona.
"The Divine Miss M" album, co-produced by Barry Manilow, includes several songs that since have become repertoire standards, such as "Do You Want To Dance", "", "Hello In There", "Friends" and "".
"The Divine Miss M" reached #9 on the U.S. albums chart and was later awarded a Platinum Disc by the .
In 1973 the album won Midler a for Best Newcomer. "Do You Want To Dance," "Boogie Woogie Bugle Boy" and "Friends" were all Top 40 hit singles from the album, with "Boogie Woogie Bugle Boy" climbing to #8 on the and reaching #1 on Billboard's Adult Contemporary chart.

The album was digitally remastered and reissued on CD by / in 1995 but with no bonus tracks.