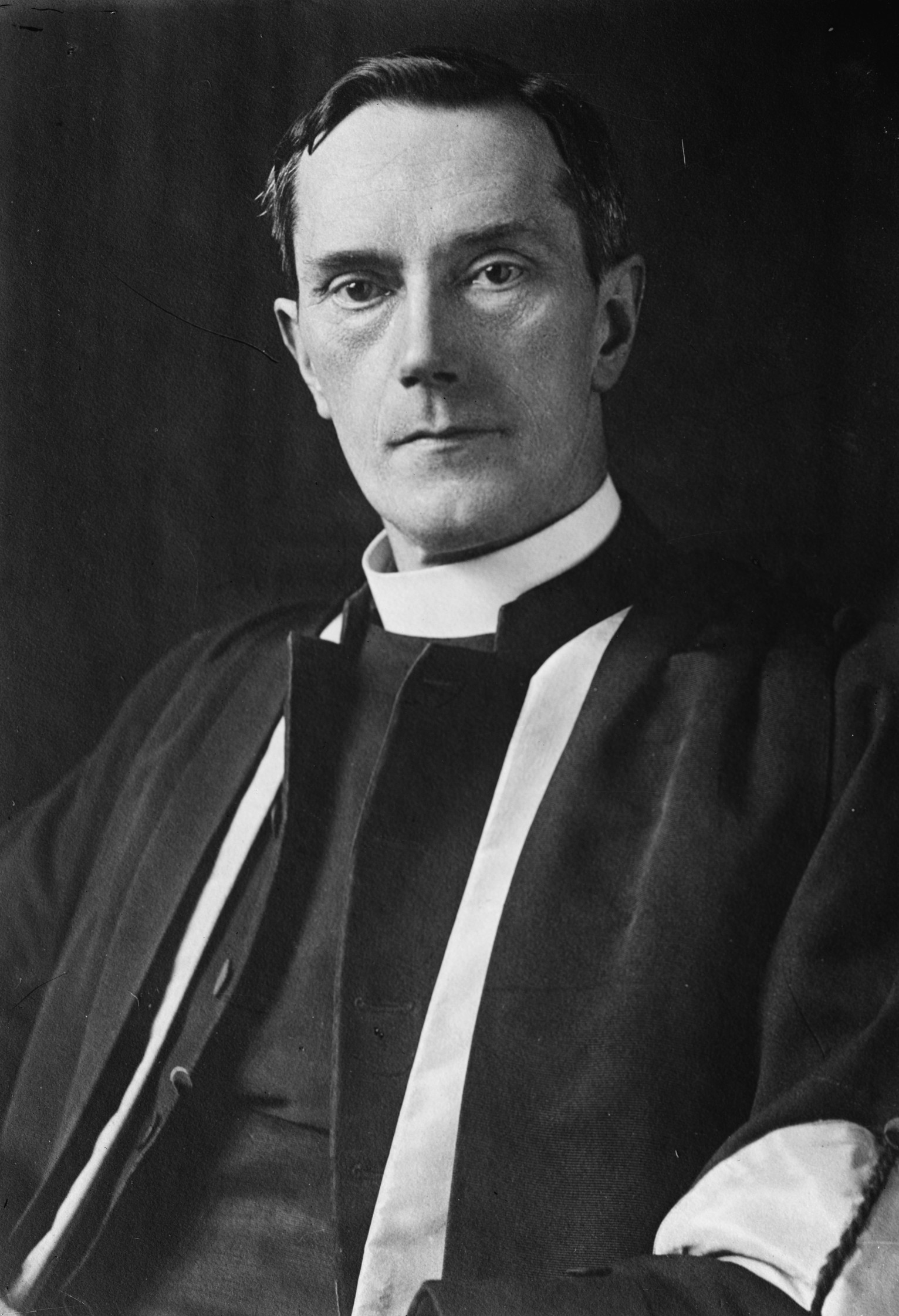 William Ralph Inge (pronEng|ˈɪŋ "ing"; [ [http://dictionary.reference.com/browse/Inge Inge - Definitions from Dictionary.com ] ] – ) was an English author, Anglican , and professor of divinity at . He was nicknamed "The Gloomy Dean".

He was born at , , . His father was William Inge (a provost at ) and his mother . His mother's father was the of Cleveland. Inge was educated at , where he was a King's Scholar and Newcastle Scholar, and at , where he won a number of prizes as well as taking firsts in both parts of the classical tripos. He was a tutor at starting in 1888, which was the year he was ordained as a in the .

Inge was a prolific author. In addition to scores of articles, lectures and sermons, he also wrote over 35 books. [ [http://www.giffordlectures.org/Author.asp?AuthorID=85 Gifford Biography] ] He is best known for his works on and neoplatonic philosophy, and on Christian . He was a strong proponent of a spiritual type of religion--"that autonomous faith which rests upon experience and individual inspiration"--as opposed to one of coersive authority; so he was outspoken in his criticisms of the . His thought, on the whole, represents a blending of traditional Christian theology with elements of Platonic philosophy. He shares this much in common with one of his favorite writers, , the first of the .

He was nicknamed "The Gloomy Dean" because of his pessimistic views in his "Evening Standard" articles and he is remembered as a supporter of .

The following bibliography is a selection taken from Adam Fox's biography "Dean Inge".