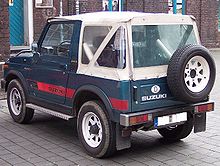 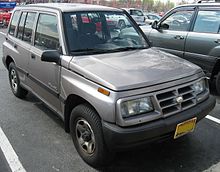 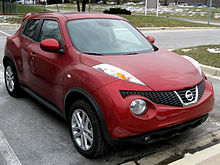 Early mini SUVs were off-road vehicles built on body-on-frame chassis, such as the Jeep Wrangler and Suzuki Samurai. Earlier mini SUVs are still often used due to their off-road prowess and more manageable size on the trail (for example, a large SUV might not fit in the narrower parts of the trail). The most capable off-road vehicles built earlier were mini SUVs due to them having been built for off-roading, while the trend for larger four-door SUV since the introduction of the Jeep Cherokee and the Ford Explorer has increasingly been toward family hauling and on-road use rather than hard off-roading.

However, current mini SUVs have followed a similar trend, usually having unibody construction and few off-road capabilities, falling into the crossover SUV category. They have substituted off-road cosmetic features, such as large black bumpers and slightly increased ground clearance.

Mini SUVs have become popular in some countries because of fashion trends: for example, wealthy young people buy them just to have a "different looking" car. An advantage over larger SUVs is the better fuel economy, which is very similar to subcompact cars / superminis.

In Japan, as cars under 3,400 mm (133.9 in) in length are classified as kei cars and attract lower taxes; some manufacturers build these cars with off-road looks (such as the Mitsubishi Pajero Mini).