Operation Alsos (or Alsos Mission) was an effort at the end of World War II by the Allies (principally Britain and the United States), branched off from the Manhattan Project, to investigate the German nuclear energy project, seize German nuclear resources, materials and personnel to further American research and to prevent their capture by the Soviets, and to discern how far the Germans had gone towards creating an atomic bomb. The personnel of the project followed close behind the front lines, first into Italy, and then into France and Germany, searching for personnel, records, material, and sites involved.

Alsos is sometimes mistakenly written ALSOS by sources including the U.S. Army, perhaps because it does not look like a usual English word and is thus falsely assumed to be an acronym. In fact, Alsos is the Hellenic name for "grove", and so this designation is a play on the name of Major General Leslie M. Groves, the military director of the Manhattan Engineering District (the Manhattan Project), the Allied wartime effort to develop an atomic bomb (which itself was sparked out of fears of a German weapon). Groves was the major impetus behind Operation Alsos because of his desire to make sure that German technology and personnel did not fall into Soviet hands, and to prolong for as long as possible the anticipated American monopoly on nuclear weapons. 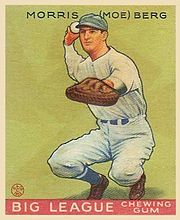 The project managed to find and remove many of the German research effort's personnel and a substantial portion of the surviving records and equipment. Most of the senior research personnel (including Werner Heisenberg, Otto Hahn, and Carl Friedrich von Weizsäcker) were sequestered at Farm Hall in England for several months, as part of Operation Epsilon. Their discussions were secretly recorded, and transcripts of those tapes have been released.

In the end, Operation Alsos concluded that the Allies had surpassed the entire German atomic bomb effort by 1942. Compared to the Manhattan Project (one of the largest scientific and engineering projects in history), the German project was considerably underfunded and understaffed, and it is questionable whether Germany would have had the resources or concentrated research attention which the Allies used to produce such a weapon.[citation needed]

In a monograph published two years after the end of the war, Goudsmit concluded that a principal reason for the failure of the German project was that science could not flourish under totalitarianism. Many think that this argument is adequately rebutted by German advances in other realms, such as one of the world's first operational jet fighters (Messerschmitt Me 262) and the first ballistic missile (V-2), as well as the Soviet Union's development of a nuclear weapon by 1949.

Goudsmit is said to have made the statement regarding totalitarianism under "instructions" to support and clear Heisenberg, who personified the new pro-western German scientific order. After Heisenberg's death, Goudsmit revised his statement, claiming that Heisenberg was always working to finish off what he has started, which contrasts with the impression the German project came to a halt through politics.