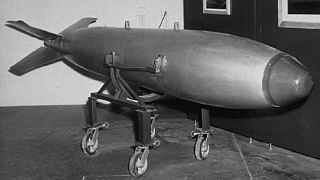 The Mark-12 nuclear bomb was a US designed and manufactured lightweight nuclear bomb which was built starting in 1954 and saw service from then until 1962. For unknown reasons, the design was nicknamed "Brok".

The Mark-12 was notable for being a large leap ahead in light weight and physical size compared to prior implosion-type nuclear weapons - The overall diameter was only 22 inches, compared to the immediately prior Mark-7 at 30 inch diameter. The comparative volume of the implosion assembly is only 40% as large as the Mark-7's.

There was a planned W-12 variant which would have been a nuclear warhead for the RIM-8 Talos missile. The W-12 was cancelled prior to introduction into service. 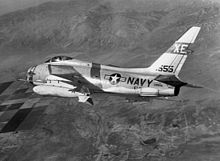 Though the weapon went out of service more than 40 years ago, it resurfaced in a fictional role in Tom Clancy's 1991 book The Sum of All Fears, where the book plot included an Israeli copy of the Mark-12 being lost by accident in 1973 during the Yom Kippur War in southern Syria, near the Golan Heights, and then recovered by a terrorist organization.