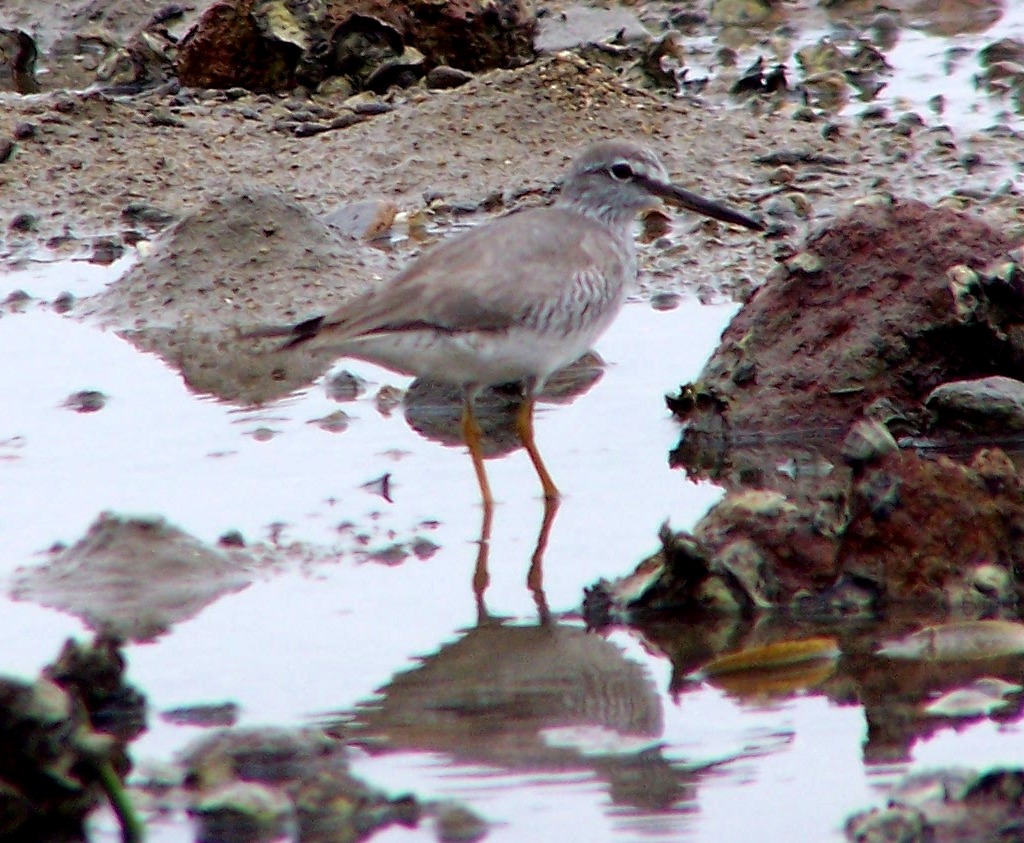 The Grey-tailed Tattler is closely related to its n counterpart, the ("T. incana") and is difficult to distinguish from that species. Both tattlers are unique among the species of "Tringa" for having unpatterned, greyish wings and back, and a scaly breast pattern extending more or less onto the belly in breeding plumage, in which both also have a rather prominent .

These birds resemble s in shape and size. The upper parts, underwings, face and neck are grey, and the belly is white. They have short yellowish legs and a bill with a pale base and dark tip. There is a weak supercilium.

They are very similar to their American counterpart, and differentiation depends on details like the length of the nasal groove and scaling on the tarsus. The best distinction is the call; Gray-tailed has a disyllabic whistle, and Wandering a rippling trill.

Its breeding habitat is stony riverbeds in northeast . It nests on the ground, but these birds will perch in trees. They also sometimes use old nests of other s.

Grey-tailed Tattlers are strongly migratory and winter on muddy and sandy coasts from southeast to . They are very rare vagrants to western North America and western . These are not particularly gregarious birds and are seldom seen in large flocks except at roosts.

These birds forage on the ground or water, picking up food by sight. They eat insects, crustaceans and other s.

Grey-tailed Tattlers are not listed as threatened on the Australian .

* On the 2007 advisory list of threatened vertebrate fauna in Victoria, the Grey-tailed Tattler is listed as .

* Database entry includes justification for why this species is of least concern
*"Shorebirds" by Hayman, Marchant and Prater ISBN 0-7099-2034-2