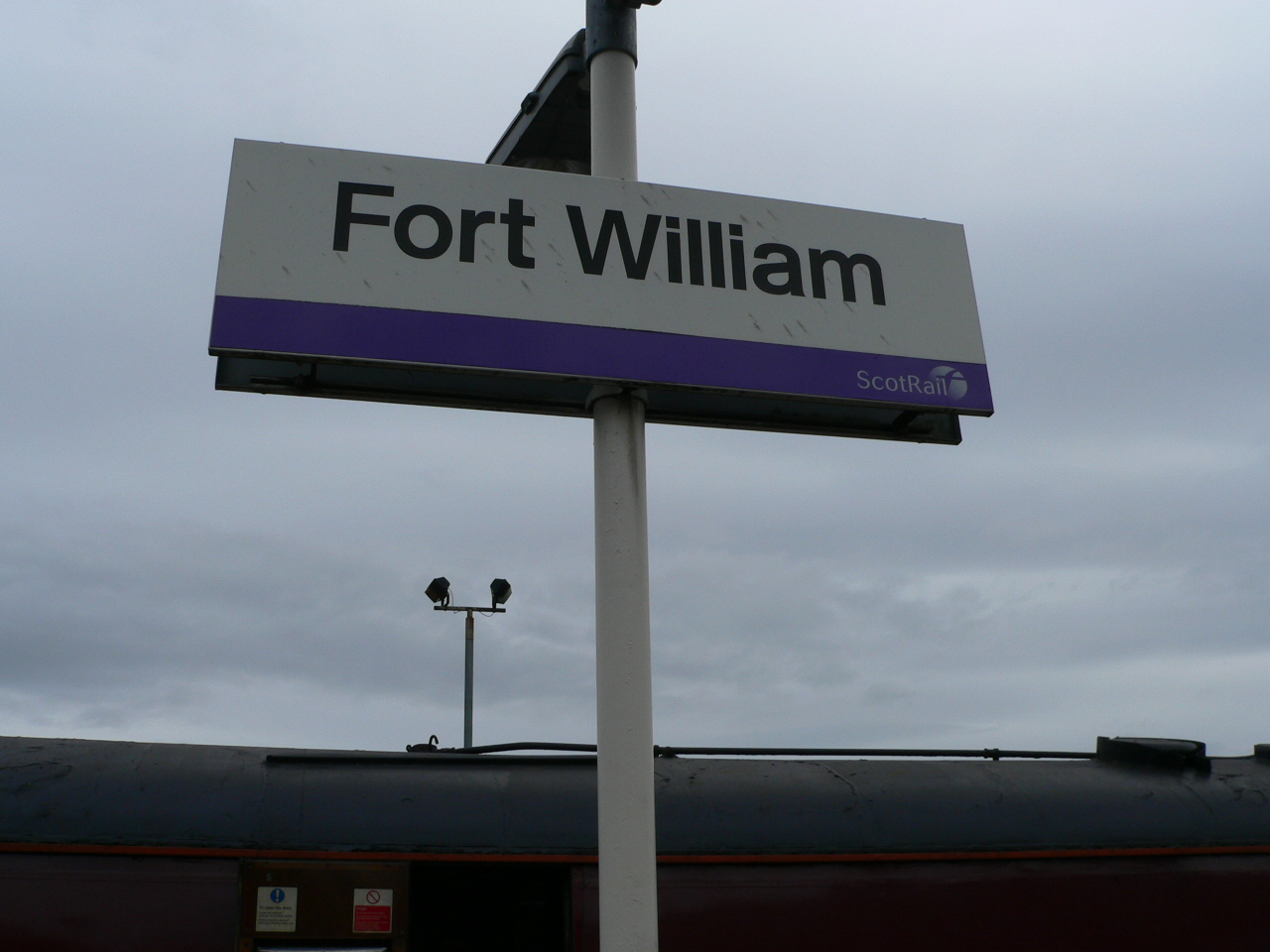 Fort William railway station is a serving the town of Fort William in the Highland region of .

The present Fort William station opened on . It replaced the original terminus which was further west and alongside at Station Square, in close proximity to Macbraynes bus station and pier. The old station was a stone built construction featuring a turret and a double arched entranceway. The station had three platforms, and was demolished to make way for a new road. The station lies in the shadow of . The present station buildings are an unattractive 1970s grey concrete construction.

The station is on the and the starting point for "The Jacobite", the only scheduled steam hauled train to run on the mainline in Great Britain.

Anyone wishing to use the showers also receives a towel to use once they are finished showering, which is then returned to the staff in charge of the maintenance of the showers. The showers themselves are private cubicles to allow maximum possible privacy for customers.

The starts and terminates here.

Since its opening in 1975, the present Fort William station has been equipped with colour light signals. The signalling is controlled from an 'NX' (entrance-exit) panel in Mallaig Junction (now named 'Fort William Junction'). The single line between the junction and the station is worked by the Track Circuit Block system, so no tokens are needed for that part of the route.