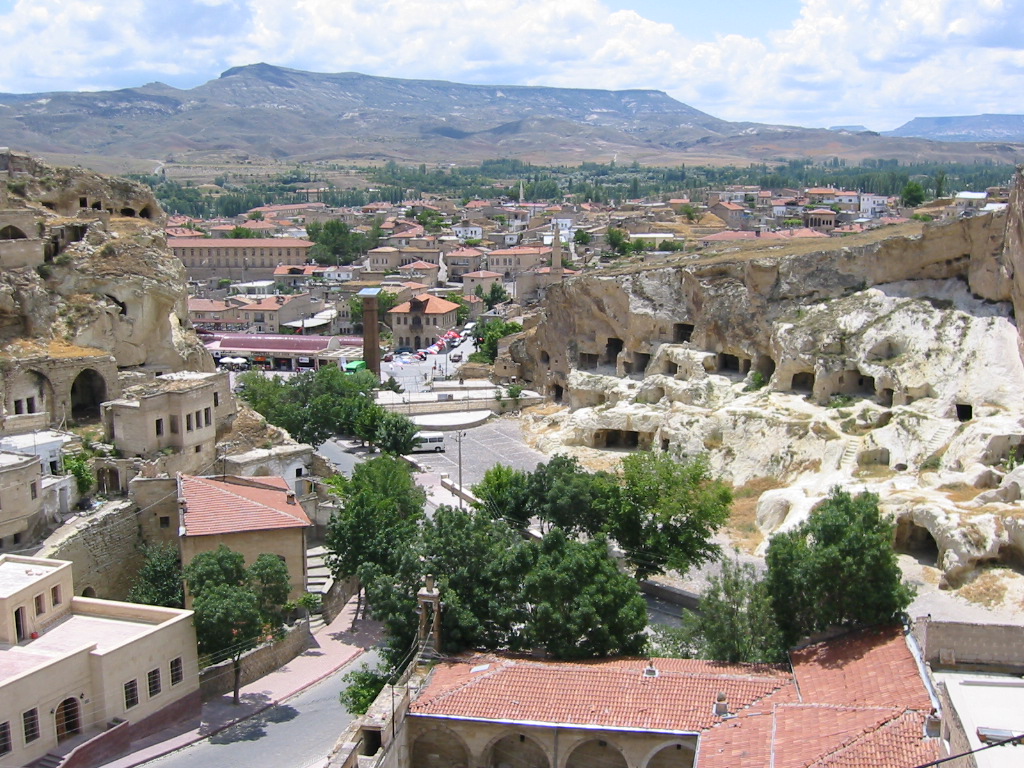 Ürgüp (Greek: Προκόπιο / Prokópio or Προκόπι / Prokópi, _ot. Burgut Kalesi) is a town and district of in the Central Anatolia region of . Located in the historical region of , it is renowned for its nightlife and for its good adjustment to tourism, making it a popular night stop for tourists. According to 2000 census, population of the district is 38,004 of which 14,538 live in the town of Ürgüp.

Ürgüp which was founded on the outskirts of the hill named as Hill of Wishes is located about convert|20|km|mi|0|abbr=on north of the province in one of the first settlement areas of Cappadocia region. In the Byzantine period it was called under various names such as Osiana, Hagios, Prokopios. During the Seljuks period it was referred to as Başhisar and in the period as Burgut Castle, until the first years of the Turkish Republic when it was called Ürgüp.

Ürgüp was also the patriarchate center of the Cappadocia region during the Byzantine period. The Üzümlü Church, Cambazlı Church and Sarıca Church in the township of Ortahisar are the oldest rock churches from the region. Furthermore the Tavşanlı Church and Church of are also spectacular.

Ürgüp is known for its famous hotels built right within caves, for its wines and for its hand made carpets. Many of the hotels in caves are actually old houses. They can be rented and used for accommodation on condition of not damaging their historic structure. Some of the caves have also been converted into nightclubs and bars.

It is the most important tourism center of the Cappadocia region.