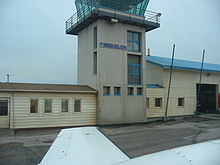 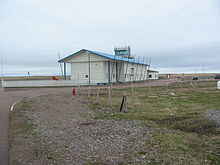 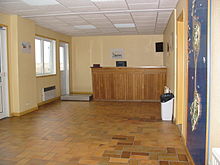 Check-in Desk at the Miquelon Airport

Miquelon Airport (French: Aéroport de Miquelon) (IATA: MQC, ICAO: LFVM) is a regional airport that serves the settlement of Miquelon in the commune (municipality) of Miquelon-Langlade, in the French overseas community (collectivité d'outre-mer) of Saint Pierre and Miquelon, off the eastern coast of Canada near Newfoundland.

There are no direct flights from France. Connecting flights to Paris are made via Montreal's Montréal-Pierre Elliott Trudeau International Airport.

The airport's runways are capable of handling turboprop or small jet aircraft only.