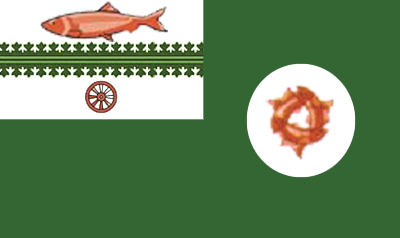 Port Coquitlam is not to be confused with the adjacent and larger Coquitlam.

The area was first used by the people, including the Kwikwetl'em people. The first European settlers began farming beside the Pitt River in 1859. The moved its terminus from to the banks of the in 1911. Port Coquitlam was first incorporated as a municipality on March 7, 1913. Port Coquitlam was originally mostly farm land; however, because of the densification and expansion of Vancouver, it has now become mostly suburban housing, especially on its northern and southwestern sides. The economy has diversified with a variety of industrial and commercial developments, including metal fabrication, high technology industries, and transportation.

On , Port Coquitlam mayor Scott Young was jailed by the . The arrest is apparently related to a February, 2007 incident in which the mayor was accused of harassing an ex-girlfriend. This is Young's 3rd arrest since becoming mayor in 2001. [ [http://www.cbc.ca/canada/british-columbia/story/2007/04/05/bc-mayor.html Lower Mainland mayor arrested] ] The Mayor was released on bail and will next appear in court on April 16. [ [http://www.canada.com/vancouversun/news/story.html?id=3aae8b09-354d-4270-b9c4-ef2cb56eeff2&k=27162 Mayor freed ] ] He currently faces the following charges under the Canada criminal code: Two counts of assault, one count of breaking and entering with intent, one count of criminal harassment and three counts of breach of condition of a release order. [ [http://www.thenownews.com/issues07/041207/news.html canada.com ] ] Scott Young stepped aside as Port Coquitlam mayor temporarily on April 13 2007. [ [http://www.cbc.ca/canada/british-columbia/story/2007/04/13/bc-young.html?ref=rss Port Coquitlam mayor steps aside, apologizes ] ] Scott Young has indicated he intended to return to active mayorship after the holiday, and return Tuesday, May 22, 2007. However the Mayor did not return until May 28th 2007 which was the last possible day for him to return, as his resignation is automatically tendered by British Columbia provincial law after missing 4 meetings or 60 days of which both would have occurred on May 28th 2007 had he not resumed his duties. [ [http://www.canada.com/montrealgazette/news/story.html?id=6e01dffe-b5c2-4c12-a656-ce66310f9e4d Port Coquitlam mayor set to reclaim his job ] ]

Because of its primarily suburban nature, Port Coquitlam relies heavily on its vehicular roads to move people and goods. For example, two of its major arterial roads, Shaughnessy Street and bisect Port Coquitlam east to west and north to south, respectively.

The passes through Port Coquitlam, running from Coquitlam in the west to the in the east. Although this highway has made much of Port Coquitlam a very congested area, it is one of the few major arterial highways in the area.

The Mary Hill Bypass - officially known as Highway 7B - borders Port Coquitlam on the east and the south and runs adjacent to the Fraser River from the on the east to the on the west.

has a major rail yard in the central sector of the city.

A 25 km hiking and biking trail, known as the Traboulay PoCo Trail, completely surrounds the city.

Public schools in Port Coquitlam are part of .