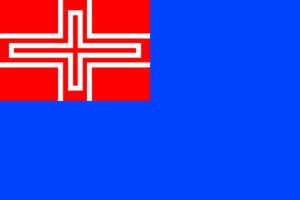 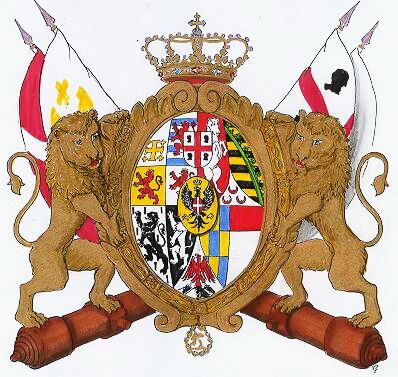 symebol = Coat of arms of Italy 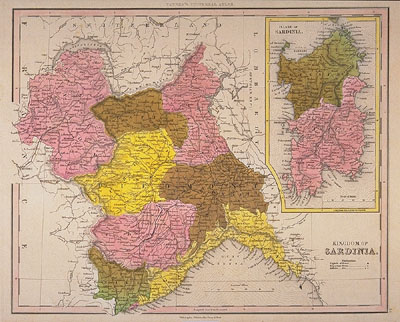 Kingdom of Sardinia, also known as "Piedmont-Sardinia" or "Sardinia-Piedmont", was the name given to the possessions of the in 1720, when the island of was awarded by the to Duke Victor Amadeus II of Savoy to compensate him for the loss of to Austria. Besides Sardinia, the kingdom included , and ; , including , was added by the in 1815. Officially, the nation's name became "Kingdom of Sardinia, Cyprus, and Jerusalem, Duchy of Savoy and Montferrat, Principality of Piedmont". During most of the 18th and 19th centuries under the , the political and economical capital was . In 1860 Nice and Savoy were ceded to France as a price paid for French support in the campaign to unify Italy. In 1861, it became a founding state of the new Kingdom of Italy, and ceased to exist after that date.

Piedmont was inhabited in early historic times by Celtic- tribes such as the and the . They were later submitted by the Romans (c. ), who founded several colonies there including "Augusta Taurinorum "(Turin) and "Eporedia" (). After the fall of the , the region was repeatedly invaded by the , the (5th century), , (6th century), (773). In the 9th-10th centuries there were further incursions by the and . At the time Piedmont, as part of the within the , was subdivided into several marks and counties.

In , added Piedmont to their main territory of , with a capital at (now in ). Other areas remained independent, such as the powerful communes of and and the marquisates of Saluzzo and Montferrat. The County of Savoy was elevated to a duchy in , and Duke Emanuele Filiberto moved the seat to in 1563. In 1720, the Duke of Savoy became "King of Sardinia", founding what evolved into the "Kingdom of Sardinia" or "Sardinia-Piedmont" and increasing Turin's importance as a European capital.

The title "King" first appears as an informal praise of , though his successor Gonario II employed it in official documents. The first crowned "King of Sardinia" or "rex Sardiniae" was the judge .
, who invested him as such in 1164, was forced to reverse this decision and regrant Sardinia to the the next year. Barisone's successors, Hugh I and Peter I, continued to claim the title, but it never had any meaning. Briefly after succeeding to the , Enzo, son of the , was installed as king, but was captured and never succeeded in making the kingship hereditary.

ardinia under Aragonese and Spanish domination

In , , intervening between the Houses of Anjou and Aragon, established on paper a "regnum Sardiniae et Corsicae" that would be a of the Papacy. Then the Pope offered his newly-invented fief to the Valencian James II the Just, king of the (a confederation made up of the kingdoms of Aragon and Valencia, and the Counties of , Pallars Sobirà and Urgell), promising him papal support should he wish to conquer Pisan Sardinia in exchange for Sicily.In 1323 James II formed an alliance with and, following a military campaign which lasted a year or so, occupied the Pisan territories of and along with the city of , claiming the territory as the "Kingdom of Sardinia and Corsica". In 1353 Aragon made war on Arborea, then fought with its leader ,of the family, but did not reduce the last of the "giudicati" until 1410.The Kingdom of Sardinia and Corsica retained its separate character as part of the Crown of Aragon and was not merely incorporated into the Kingdom of Aragon. At the time of his struggles with Arborea, granted an autonomous legislature to the Kingdom, which had one of Europe's most advanced legal traditions. The Kingdom was governed in the king's name by a viceroy.When in 1409, Martí the younger, king of Sicily and heir to Aragon, defeated the last Sardinian "giudicato" but then died in Cagliari of malaria, without issue, Sardinia passed with the Crown of Aragon to a united Spain. Corsica, which had never been conquered, was dropped from the formal title.

Changeover to the House of Savoy

The loss of the autochthonous' independence, the firm Aragonese (later Spanish) rule, with the introduction of a sterile , as well as the discovery of the , provoked an unstoppable decline of Kingdom of Sardinia. A short period of resurgence occurred under the local noble , marquess of , who managed to defeat the viceroyal army in the 1470s but was later crushed at the (1478), ending any further hope of independence for the island. The unceasing attacks from North African pirates and a series of plagues (from 1582, 1652 and 1655) further worsened the situation. The Spanish domination on Sardinia ended at he beginning of XVIII century, as a result of . By the of 1713, 's European empire was divided: Savoy received and parts of the , while Charles VI (the and ), received the , the , , and the bulk of the Duchy of Milan. In 1718, by the Treaty of London among the great powers, Victor Amadeus II, duke of Savoy and sovereign of Piedmont, was forced to yield Sicily to the Austrian Habsburgs and in exchange received Sardinia. Two years later, on Aug. 24, 1720, he formally took possession of the island.

Napoleonic Wars and the Congress of Vienna

In 1792 Piedmont-Sardinia joined the against the , but was beaten in 1796 by Napoleon and forced to conclude the disadvantageous , giving the French army free passage through Piedmont. On , Joubert occupied Turin and forced Charles Emmanuel IV to abdicate and leave for the island of Sardinia. The provisionary government votes to unite Piedmont with France. In 1799 the Austro-Russians briefly occupy the city, but with the (1800), the French regain control. The island of Sardinia stayed out of the reach of the French for the rest of the war.

In 1814 the kingdom was restored and enlarged with the addition of the former , now a duchy, and it served as a against . This was confirmed by the . In the reaction after Napoleon, the country was ruled by conservative monarchs: Victor Emmanuel I (1802-21), Charles Felix (1802-21) and (1821-49), who fought at the head of a contingent of his own troops at the , which set the reactionary Ferdinand VII on the Spanish throne. The Kingdom of Sardinia industrialized from 1830 onward. A constitution, the "", was enacted in the year of revolutions, 1848, under liberal pressure, and under the same pressure war was declared on Austria. After initial success the war took a turn for the worse and the Kingdom of Sardinia lost.

Like all of Italy, the Kingdom of Sardinia was troubled with political instability, under alternating governments. After a very short and disastrous second war with Austria, Charles Albert abdicated on , , in favour of his son Victor Emmanuel II.

In 1859 France sided with the Kingdom of Sardinia in a war against Austria, the . didn't keep his promises to Cavour to fight until all of the had been conquered. Following the bloody battles of Magenta and Solferino, both Sardinian/French victories, Napoleon thought the war too costly to continue and made a separate peace behind Cavour's back in which only Lombardy would be ceded. Due to the Austrian government's refusal to cede any lands to the Kingdom of Sardinia, they agreed to cede to Napoleon who in turn then ceded the territory to the Kingdom of Sardinia to avoid 'embarrassing' the defeated Austrians.

Garibaldi and the "Mille"

On , , and voted in s to join the Kingdom of Sardinia. This alarmed Napoleon who feared a strong Savoyard state on his southeastern border and he insisted that if the Kingdom of Sardinia were to keep the new acquisitions they would have to cede Savoy and Nice to France. This was done after dubious referendums showed around 90% majorities in both areas in favour of joining France. In 1860 started his campaign to conquer southern Italy in the name of the Kingdom of Sardinia. He quickly toppled the and marched to . Cavour was actually the most satisfied with the unification while Garibaldi wanted to conquer Rome. Garibaldi was too revolutionary for the king and his prime minister.

Towards Kingdom of Italy