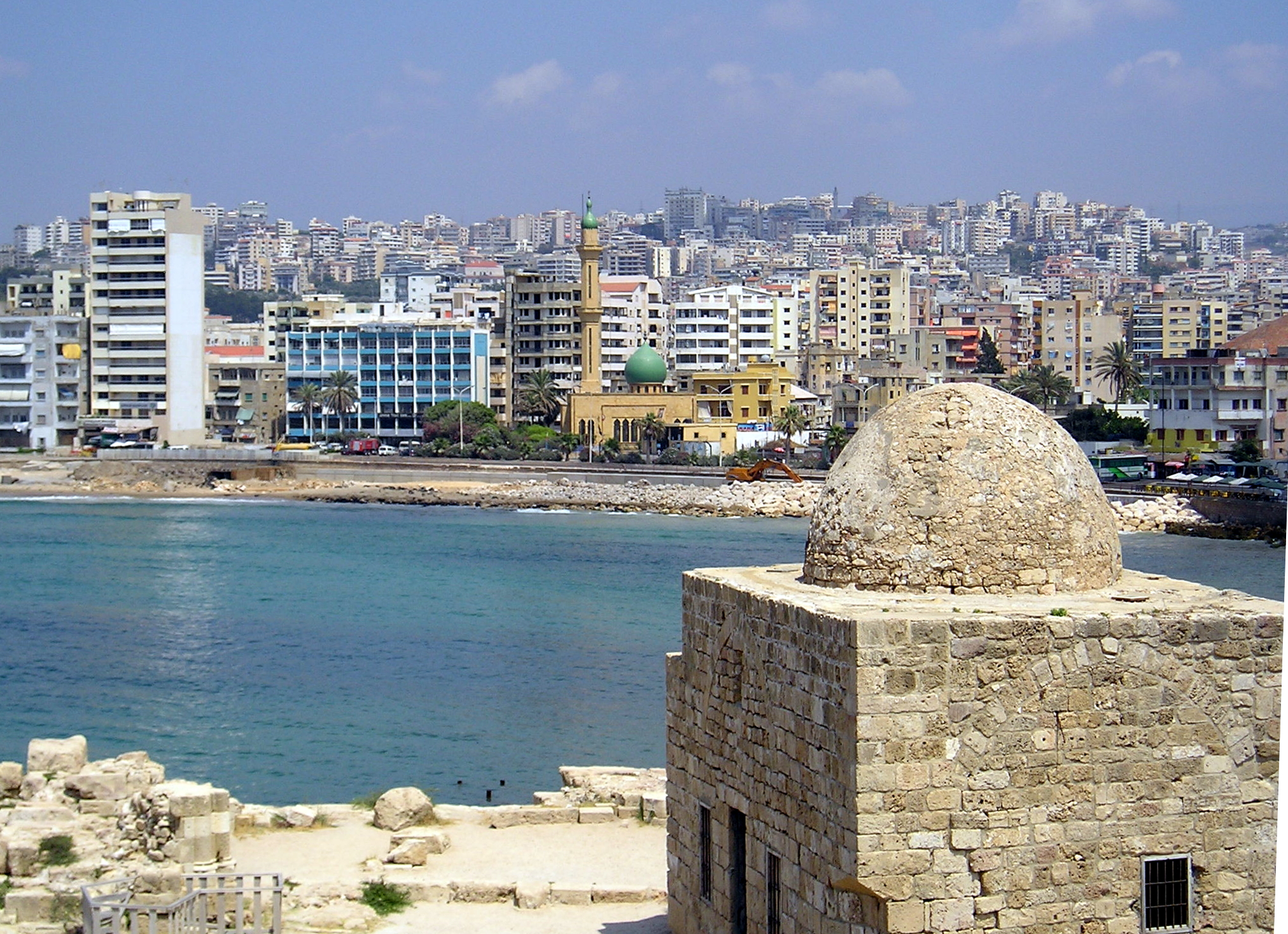 Sidon was inhabited since 4000 BC and perhaps as early as Neolithic times (6000 - 4000 B.C.). It was one of the most important n cities, and may have been the oldest. From here, and other ports, a great Mediterranean commercial empire was founded. praised the skill of its craftsmen in producing glass and purple dyes. It was also from here that a colonizing party went to found the city of Tyre. Tyre also grew into a great city, and in subsequent years there was competition between the two, each claiming to be the metropolis ('Mother City') of Phoenicia. Glass manufacturing, Sidon's most important enterprise in the Phoenician era, was conducted on a vast scale, and the production of purple dye was almost as important. The small shell of the Murex trunculus was broken in order to extract the pigment that was so rare it became the mark of royalty.

In 1855 AD, the sarcophagus of King Eshmun’azar II was discovered. From a Phoenician inscription on its lid, it appears that he was a "king of the Sidonians," probably in the 5th century BC, and that his mother was a priestess of ‘Ashtart, "the goddess of the Sidonians." In this inscription the gods and Ba‘al Sidon 'Lord of Sidon' (who may or may not be the same) are mentioned as chief gods of the Sidonians. ‘Ashtart is entitled "‘Ashtart-Shem-Ba‘al" '‘Ashtart the name of the Lord', a title also found in an text.

In the years before , Sidon had many conquerors: ns, ians, ians, Greeks, and finally Romans. visited Sidon. Both Jesus and Saint Paul are said to have visited it too (see "Biblical Sidon" below). The city was eventually conquered by the Arabs and then by the Ottoman Turks.

Like other Phoenician city-states, Sidon suffered from a succession of conquerors. At the end of the Persian era in 351 BC, it was invaded by the emperor and then by in 333 BC when the era of Sidon began. Under the successors of Alexander, it enjoyed relative freedom and organized games and competitions in which the greatest athletes of the region participated. In the Necropolis of Sidon, important finds such as the Alexander Sarcophagus, the Lycian tomb and the Sarcophagus of the Crying Women were discovered, which are now on display at the in .

When Sidon fell under Roman domination, it continued to mint its own silver coins. The Romans also built a theater and other major monuments in the city. In the reign of Elagabalus a Roman colonia was established there, and it was given the name of Colonia Aurelia Pia Sidon. During the period, when the great earthquake of 551 AD destroyed most of the cities of Phoenicia, 's School of Law took refuge in Sidon. The town continued quietly for the next century, until it was conquered by the s in 636 AD.

. The remains of the original walls are still visible.

After Sidon came under Ottoman Turkish rule in the seventeenth century, it regained a great deal of its earlier commercial importance. After it became part of the French Mandate of Lebanon. During the city, together with the rest of Lebanon, was captured by British forces fighting against the French, and following the war it became a major city of independent .

Following the Palestinian exodus in 1948, a considerable number of refugees arrived in Sidon, as in other Lebanese cities, and were settled at the large refugee camps of and . At first these consisted of enormous rows of tents, but gradually houses were constructed. The refugee camps constituted de-facto neighborhoods of Sidon, but had a separate legal and political status which made them into a kind of enclaves. At the same time, the remaining Jews of the city fled, and the Jewish cemetery fell into disrepair, threatened by coastal erosion.

In 1900 it was a town of 10,000 inhabitants; in 2000 its population was around 200,000. Although there is little level land around the city, some wheat and vegetables are grown and there is much fruit also; some fishing is carried on. The heavily-silted ancient port is now used only by small coastal vessels. There is also a refinery there.

A state-of-the-art stadium was inaugurated in 2000 for the Asian Football Confederation's Cup 2000.

Sidon Sea Castle is a fortress built by the in the early 13th century. It is located near the Port of Sidon.

The Sidon Soap Museum traces the history of the soap making in the region and its different manufacturing steps.
*Khan El Franj

Khan El Franj, which means “Caravan of the Foreigners”, was built by Emir Fakhreddine in the 17th century to accommodate merchants and goods. This is a typical khan with a large rectangular courtyard and a central fountain surrounded by covered galleries.

Debbane Palace is a historical residence built in 1721 AD and is open for the public for visitors to witness the Arab-Ottoman architecture and details of that era (18th Century). It is currently in the process of being transformed into the History Museum of Sidon. [ [http://www.museumsaida.org/english/projet.htm Welcome to Debbane Palace ] ]

Between the Sea Castle and the Castle of St. Louis stretches the old town and a picturesque vaulted old market

The Castle of St. Louis was built by the in the 13th century on top of the remains of a fortress built by the caliph . It is located to the south of old souks near Murex hill.

The temple of , the n God of healing, was built in the 7th century BC and is located in the north of Sidon near the Awali river.

*The account ascribed to the Phoenician historian makes Sidon a daughter of Pontus, son of . She is said there to have first invented musical song from the sweetness of her voice.