Infobox_University
name = The University of Auckland 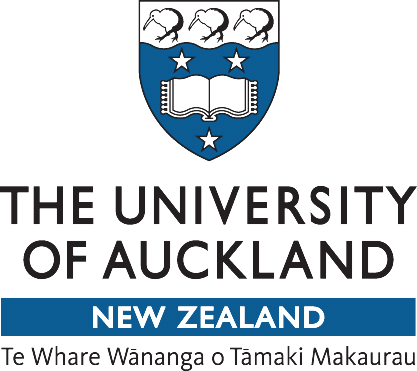 The University of Auckland ( _mi. Te Whare Wānanga o Tāmaki Makaurau) is 's largest . Established in 1883 as a constituent college of the , the university is now made up of eight faculties over six campuses, and has more than 39,000 students at April 2006. [ [http://www.nzherald.co.nz/section/story.cfm?c_id=1&ObjectID=10378967 Auckland University worth $4.4 billion to the region] ] Over 1300 doctoral candidates were enrolled at the University of Auckland in 2004.

It also provides the most conjoint combinations across the entire nation, with over 35 combinations available. Conjoint programs allow students to achieve multiple degrees in a shortened period of time.

The University of Auckland was the only New Zealand institution ranked in the top 50 of the in 2007, ranked at number 50.

The Tamaki campus, established in 1991, covers 320,000 m² in the suburb of Glen Innes, 12 km from the City campus. The degrees available here are based on Health, Sports Science, Environmental Science, Wine Science, Information Technology, Communications and Electronics, Materials and Manufacturing, Food and Biotechnology and Information Management.

The North Shore Campus, established in 2001, was located in the suburb of . It offered the Bachelor of Business and Information Management degree. At the end of 2006, the campus was closed and the degree relocated to the City campus.

On , the amalgamated with the University to form the newest Faculty of the University (by merging the School of Education (previously part of the Arts Faculty) and the college). The faculty is based at the Epsom Campus of the former college with an additional campus in .

The University opened a new business school building in 2007, following the completion of the new Information Commons, to revitalize the School of Business.

The University of Auckland is a research-led University, and had the second highest ranking in the 2006 (PBRF) exercise conducted by the government that evaluated the quality of researchers and research output of all tertiary institutions in New Zealand. With only 18% of PBRF-eligible staff in New Zealand's 33 tertiary institutions Auckland has 33% of the country's A-rated researchers and gained 30% of PBRF funding. [PDFlink| [http://www.tec.govt.nz/upload/downloads/pbrf-full-report-2006.pdf PRBF report. See figure 5.4 and table 8.3] |2.25 MB]

In the previous PBRF evaluation in 2003, when the University was ranked the top research university in New Zealand, the Commission commented: “On virtually any measure, the University of Auckland is the country’s leading research university. Not only did it achieve the highest quality score of any TEO [tertiary education organisation] , but it also has by far the largest share of A-rated researchers in the country.” [PDFlink| [http://www.tec.govt.nz/upload/downloads/pbrf_report_overview.pdf Full report] |174 KB]

The vast majority of first year ('fresher') students at the University of Auckland remain living at home, but many live in one of the Residential Halls. These provide food, accommodation, social and welfare services. Some of the Halls have developed a strong institutional personality over the years. This becomes self-perpetuating as applicants choose the Hall most suited to their own personality.

Currently, the longest serving staff member is Emeritus Professor of Prehistory, , BA BSc "(New Mexico)", PhD "(Harv.)", FRSNZ, MANAS. He has been among the staff from 1961-66 and from 1973 onwards.