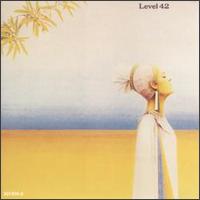 It's best known for the track "Love Games," which became a successful jazz/funk and dancefloor hit for the band (reaching number 38 on the UK pop charts). It has figured in both L42's and bassist Mark King solo live appearances to this day. Also gaining substantial dance airplay on both sides of the was the track "Starchild," with Lindup on vocals.

The second single, "Turn it On", released in , , and [ [http://www.ultimatelevel42.com/media/cds_list.php?mastertable=groups&masterkey1=10 The Definitive Online Level 42 Collectors Resource: Media ] ] , had peaked in #47 in the .

The third single, "Starchild", has been released in six countries beyond the United Kingdom (peak position: #57), including the [ [http://www.ultimatelevel42.com/media/cds_list.php?mastertable=groups&masterkey1=11 The Definitive Online Level 42 Collectors Resource: Media ] ] , where it entered the at #60. In 2001, it was re-released by the label Peppermint Jam Records in the United Kingdom and .

* The Princess portrait on the cover of the L42 album has become an unofficial emblem of the group. It appears in silhouette on the "Strategy"/"Early Tapes" EP from 1982; and in outline on the backs of "" in 1983 and "True Colours" in 1984. A modified version appears on the cover of 2006's "Retroglide". The Princess also adorns the cover of the band's 1982 single "The Chinese Way" and 1983 single "Out of Sight, Out of Mind." In 2002, Status Graphite, a maker of custom basses and a company associated for more than two decades with Mark King, issued a "Princess" version of its KingBasses with a color rendering of the famous logo.