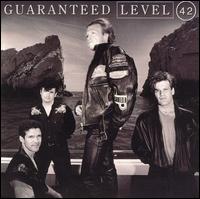 This album was the last of the decade with participation from the drummer , whom left the band in 1993. In 1994 the album Forever Now was recorded with Phil Gould on drums. Gary returned to Level 42 in 1999, and recently he participated in the recording of their recent album Retroglide. It is also the first album without collaboration from , original guitarist of the group. He left the band in 1987, but he contributed to writing some songs for the album "Staring at the Sun" (1988).

It's part of this studio album, the hit "Guaranteed", placed 17th in the in 1991, this song had two versions of its music video produced. The song "A Kinder Eye", written by Mark King and George M. Green is dedicated to the memory of Frances Robblee, George Green's mother-in-law. It has a guitar performance from . Holdsworth recorded guitar performances for "She Can't Help Herself" and "".

has participation in all the video thrown clips. Guaranteed, Overtime and My Father's Shoes. He substituted the guitarist soon after the release of the album, and a small tour. But in spite of being pictured in the cover, Jakko did not participate in the recording of this album.