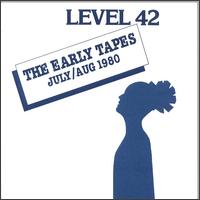 The Early Tapes (July/August 1980) aka Strategy, is the second album released by the British pop musical group . Some tracks of the album is recorded in 1980, before the release of the first album named "Level 42", until in the minor label: Elite Records. The Single "Love Meeting Love" had peaked in #61 on the , is the first single of the band that enter in the charts.