Obsolescence is the state of being which occurs when an object, service or practice is no longer wanted even though it may still be in good working order. Obsolescence frequently occurs because a replacement has become available that is superior in one or more aspects. Obsolete refers to something that is already disused or discarded, or antiquated.[1] Typically, obsolescence is preceded by a gradual decline in popularity.

Technical obsolescence may occur when a new product or technology supersedes the old, and it becomes preferred to utilize the new technology in place of the old. Historical examples of superseding technologies causing obsolescence include higher-quality multimedia DVD over videocassette recorder and the telephone, with audio transmission, over the telegraph's coded electrical signals. On a smaller scale, particular products may become obsolete due to replacement by a newer version of the product. Many products in the computer industry become obsolete in this manner; for example, Central processing units frequently become obsolete in favor of newer, faster units. Singularly, rapid obsolescence of data formats along with their supporting hardware and software can lead to loss of critical information, a process known as digital obsolescence.

Another complementary reason for obsolescence can be that supporting technologies may no longer be available to produce or even repair a product. For example many integrated circuits, including CPUs, memory and even some relatively simple logic chips may no longer be produced because the technology has been superseded, their original developer has gone out of business or a competitor has bought them out and effectively killed off their products to remove competition. It is rarely worth redeveloping a product to get around these issues since its overall functionality and price/performance ratio has usually been superseded by that time as well. [2]

Some products are rendered technologically obsolete due to changes in complementary products which results in the function of the first product being made unnecessary. For example, buggy whips became obsolete when people started to travel in cars rather than in horse-drawn buggies.

Particular items may become functionally obsolete when they do not function in the manner that they did when they were created. This may be due to natural wear, or due to some intervening act. For example, if a new mobile phone technology is adopted, and there is no longer a provider who provides service based on the old technology, any mobile phone using that technology would be rendered obsolete due to the inability to access service.

Products which naturally wear out or break down may become obsolete if replacement parts are no longer available, or when the cost of repairs or replacement parts is higher than the cost of a new item. A product may intentionally be designed to use a faster wearing component - for example, use of soft rubber soles on shoes rather than for example rubber used in tires.

Sometimes marketers deliberately introduce obsolescence into their product strategy, with the objective of generating long-term sales volume by reducing the time between repeat purchases. One example might be producing an appliance which is deliberately designed to wear out within five years of its purchase, pushing consumers to replace it within five years. 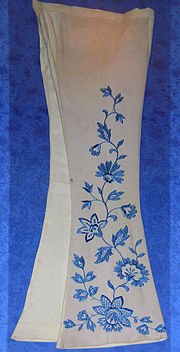 Postponement obsolescence refers to a situation where technological improvements are not introduced to a product, even though they could be. One possible example is when an auto manufacturer develops a new feature for its line of cars, but chooses not to implement that feature in the production of the least expensive car in its product line.

Obsolescence management refers to the activities that are undertaken to mitigate the effects of obsolescence. Activities can include last-time buys, life-time buys and obsolescence monitoring.[3]