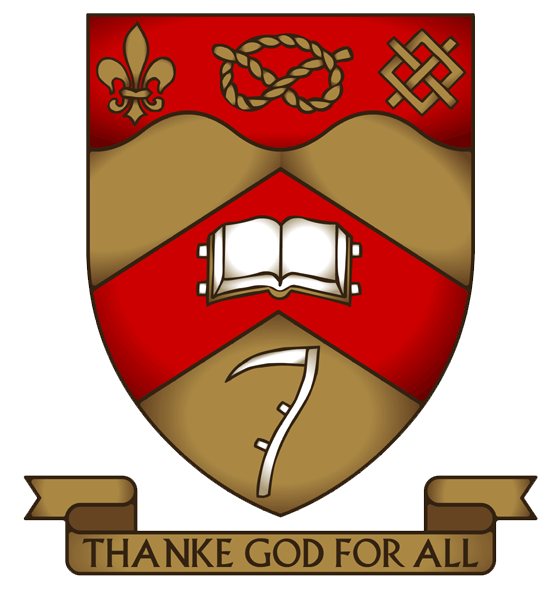 Keele University is a research-intensive located near in , . Founded in 1949 as an experimental college dedicated to a broad curriculum and interdisciplinary study, [Kolbert (2000), p.1] Keele is most notable for pioneering the dual honours degree in Britain.

Keele University was established in 1949 as the University College of North Staffordshire, at the initiative of A. D. Lindsay, then Master of . Lindsay was a strong advocate of working-class adult education, [cite web| url = http://www.balliol.ox.ac.uk/history/history/| title = Balliol College History| accessdate = 2007-03-08] who had first suggested a "people's university" in an address to the North Staffordshire in 1925. [Kolbert (2000), p.8]

On , Lindsay wrote to Sir Walter Moberly, chair of the (UGC), suggesting the establishment of a college “on new lines”.

An exploratory committee was established by Stoke-on-Trent City Council, chaired by Lindsay and supported by Alderman Thomas Horwood, Vicar of Etruria and leader of the Labour group on the City Council. [Kolbert (2000), p.22] Having secured public funding from the UGC in January 1948, [Kolbert (2000), p.30] the Committee acquired , a stately home on the outskirts of Newcastle-under-Lyme, from its owner, Ralph Sneyd.

Since then, student numbers have swelled considerably. The University estimates that there are now upwards of 5,600 full-time students at Keele; 1,300 part-time students; and around 4,000 participants on professional and short courses.

The university is located on a 617 (2.5 km²) estate. The is home to an increasing number of academic and residential buildings.

Campus facilities include an astronomical observatory, an art gallery, an , a chapel, an Islamic centre, and shops, cafes and places to eat and drink. Just outside the entrance to the University is Keele Golf Course and practice range.

The university has also built award-winning science and business parks and conference centres on the .

Recently, the university received planning permission to begin a building programme on a 70 acre portion of the . This will include a mixture of academic and residential buildings to accommodate the planned increase in student numbers.

There are four halls of residence. Barnes, Lindsay (including The Oaks and Holly Cross) and Horwood are located on the main campus, while The Hawthorns is just outside the university gates in village itself. [ [http://www.keele.ac.uk/undergraduate/prospectus/2008/halls.html Living in Halls] ] Together, these halls provide accommodation for approximately 70% of the full-time students.

Barnes Hall has no M block (it has A-L and N-X), this coupled with the large clear area adjacent to L block helped an about Barnes Hall to develop. The myth is that M block sank into the ground due to an abandoned mine tunnel, this is only partially true - the block became unsafe due to subsidence and was demolished.

Keele University Students' Union is active in organising social activities throughout the year. The Student Union holds student social nights most nights, with the busiest being "Rewind" on a Wednesday (with a monthly "" night) and "Reloaded" on a Friday. The Union has several bars - The Lounge, Sam's Bar, Barista and K2. Restaurants are Harveys Coffee Shop and The Kiln. The union formerly owned the Golfer's Arms, adjacent to the campus but this was finally sold to the local council at the end of 2005.

"Concourse" is the name of the student newspaper. It is issued twice a month.

In the early 1990s the Keele Students Union RAG committee was instrumental in the formation of the "National Association of RAGs". This wider scope of activity lead to good natured rivalry with other RAG committees, especially Warwick and Cardiff.

In the early 1980s Keele attracted the attention of the national press and television news when some students founded a 'cuddling society' and a 'mass cuddle' was filmed in the car park outside the students union.

The postmodern sculpture situated outside Keele's Library was stolen by a visiting sports team only to be later retrieved and securely fitted. In 2005 the same statue was damaged in protest of the University's policy of fining regulations against its undergraduate students.

In 2007, Keele University students were responsible for getting Keele featured as a location on the UK 'Here and Now' version of the traditional board game Monopoly. People in the UK had an opportunity to vote for which places should make the board, and Keele was the highest "wild-card" location which made it on. It even finished higher on the board than , and takes the place of "Fleet Street" in the game. [ [http://news.bbc.co.uk/1/hi/business/7007135.stm BBC News] "Monopoly launches UK-wide edition" ]

In 2007, Keele students won a competition hosted by via called "The battle for the UK's favourite university", scoring over 172,000 points by uploading photos, videos and making wall posts on the group. The prize for winning the competition was a party at their students union, hosted by O2.

Breadth of study was guaranteed by the "pioneering" [cite web| url = http://www.hero.ac.uk/uk/universities___colleges/west_midlands/keele_university.cfm| title = Uni. finder > West Midlands > Keele University| accessdate = 2007-03-08| publisher = HERO] four-year dual-honours degree programmes initially offered by Keele. The University's curriculum required every student to study two "principal" subjects to honours level, as well as further "subsidiary" subjects, with an additional requirement that students should study at least one subject from each of the subject groupings of "Arts", "Sciences" and "Social Sciences". [Kolbert (2000), p.48] The cross-disciplinary requirement was reinforced by the Foundation Year, an innovation which meant that for the first year of the four-year programmes, all students would study a common course of interdisciplinary "foundation studies". In the words of the first UCNS Prospectus, the programme offered:

quote
"...a broad education based upon an understanding of the heritage of civilisation, movements and conditions, and of the nature, methods and influence of the experimental sciences" [UCNS Prospectus, for Session 1950-51. Quoted in Kolbert (2000), p.39]

As an experimental community, Keele was initially founded as a "wholly residential" institution. Of the initial intake of 159 students in October 1950, 149 were resident on campus, [Kolbert (2000), p.64] and it was required of the first professors appointed that they should also be in residence. [Kolbert (2000), p.41] With the expansion of the University, total residency has long since been abandoned, but the proportion of students and staff resident on campus remains above average: 70 per cent of full-time students and "a significant proportion of staff" [cite web| url = http://www.keele.ac.uk/admin/ps/planning/strategicplan/Keele%20University%20Strategic%20plan%202005-2010%20EXTERNAL%20Version.pdf| title = Keele University Strategic Plan 2005-2010| accessdate = 2007-03-08| format = PDF| pages= [http://www.keele.ac.uk/admin/ps/planning/strategicplan/Keele%20University%20Strategic%20plan%202005-2010%20EXTERNAL%20Version.pdf#page=5 p.5] ] currently live in campus residences.

Departments at Keele are organised into three faculties:

In the 2001 , the research of one department (Law) was rated "5*" and that of a further six departments (English, Mathematics (Applied), History, American Studies, the School of Politics, International Relations and the Environment ("SPIRE") and the Centre for Science and Technology in Medicine ("CSTM")) was rated "5". An interdepartmental submission to the Social Policy and Administration panel was also rated "5".

Research activities are co-ordinated by a Graduate School [http://www.keele.ac.uk/gradschool/] and organised within seven Research Institutes:

Since 2005, an Office of Research and Enterprise has managed Keele's "enterprise activities".

The was developed in the Department of Communication and Neuroscience at Keele.

In 1998 and 1999 there was some controversy over the decision by University authorities to sell the Turner Collection, a valuable collection of mathematical printed books including some which had belonged to , in order to fund major improvements to the University Library. The collection also included first printed editions of Euclid in most of the major European languages. Senior University officials authorised the sale of the collection to a private buyer, with no guarantee that it would remain intact or within the UK. Although legally permissible, the sale was unpopular among the academic community and the controversy was fuelled by prolonged negative press coverage suggesting that the £1m sale price was too low and that the collection was certain to be broken up. [ [http://faculty.ed.uiuc.edu/westbury/Paradigm/fauvel.html a study in university management of historical textbook resources] ]

Early in 2007 it was announced that the Keele University Vice-Chancellor, Professor Dame , had received a pay rise of 31.7 per cent in the previous year. This took her annual salary to £212,000 which is greater than the salaries paid to the Vice-Chancellors of universities such as Cambridge and Warwick. [cite news |last=McInnes |first=Kathie |title=UNIVERSITY CHIEF'S PAY RISE TOPS 30% |url=http://www.thisisthesentinel.co.uk/displayNode.jsp?nodeId=158338&command=displayContent&sourceNode=158321&contentPK=16730553&moduleName=InternalSearch&formname=sidebarsearch |publisher=The Sentinel |date= accessdate=2007-03-29]

In her nearly 13 years as Vice-Chancellor of Keele University, Professor Dame Janet Finch has seen the University expand substantially, masterminded the introduction of a new Medical School and overseen the development of a Science and Business Park, which is widely recognised as making a major contribution to the regeneration of North Staffordshire. [ [http://www.timeshighereducation.co.uk/story.asp?sectioncode=26&storycode=208005 Just what they did to merit a pay rise? Times Higher Education Supplement, 23rd February 2007] ]

However, critics point out that despite the success of recent expansions, Keele University has suffered the fourth biggest drop in student applications of all UK universities. Students at the university have also claimed that Finch's 'success' is down to ruthless cutbacks rather than careful investment. [cite news |last=Brough |first=Matthew |title=the VC's Pay Rise! |url=http://kusu.net/Downloadfile.asp?file=98_16200715034420_51.pdf |publisher=Concourse - Keele University Student Union |date= accessdate=2007-03-29|format=PDF] The cutbacks have been met with strike action. [ [http://www.guardian.co.uk/education/2008/feb/18/highereducation.uk2 Keele academics set to strike] ]

Finch's pay will remain frozen until 2009 and following the pay rise controversy Finch was made a Dame in the 2008 Honours List.

Keele has a tradition of participation in many different sports, ranging from rugby to , to . Sports teams and issues raised are managed by the Athletic Union. The Leisure Centre is one of the largest dry leisure complexes in Staffordshire. [cite web|url=http://www.keele.ac.uk/depts/aa/postgraduate/environment.htm|title=Environment and Facilities|accessdate=2007-06-14] The Centre boasts two national standard sports halls, a single court gymnasium, a fitness centre, dance studio and climbing wall. Outside there is an all weather floodlit pitch, tennis courts and extensive playing fields. It is also the first University Centre in the UK to offer a full "Kinesis" gym facility. [cite web|url=http://www.keele.ac.uk/depts/uso/pr/publications/AnnualReview2005.pdf#page=16|title=Keele University Annual Review 2005|accessdate=2007-06-14|year=2006|format=PDF|pages=p.16]