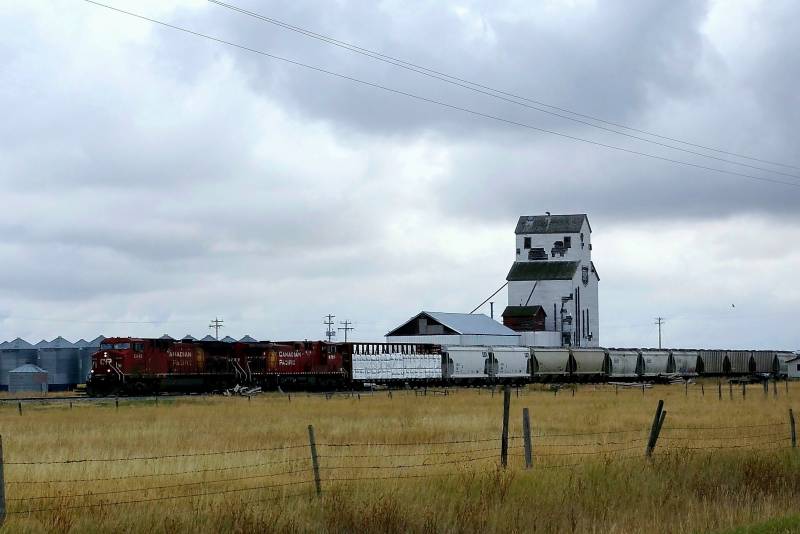 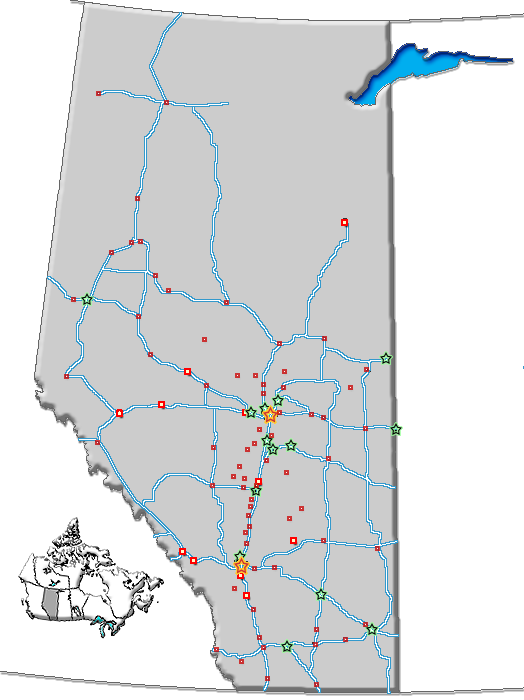 Stirling was founded on by Theodore Brandley. The town was one of two communities that owed its existence to a partnership between and Charles A. Magrath of the [ [http://www.prairierails.net/nwcnco.htm North Western Coal and Navigation Company] Retrieved on 2007-08-02] , and is one of only three communities designated as a . Stirling was named after , Managing Director of The Trusts, Executors and Securities Corporation of London, which owned shares in the Alberta Coal and Railway Company.

After arriving at the Stirling siding, Theodore Brandley quickly started planning the lay-out of the town. The town site was made up of one square mile (640 ), then divided into lots of 10 acres; each with a surveyed road around the entire area with a lane running and , dividing it into two parcels. The parcels were then again divided, and , making four lots, each 2.5 acres, giving the residents room to build homes, barns and shelters for animals, with large gardens. Theodore planned the town site after the , [ [http://www.library.cornell.edu/Reps/DOCS/smith.htm Plat Zion] of the city of , by . Retrieved on 2007-08-02] which Stirling still follows today, and is recognized as the most well-preserved, Canadian example of the Plat of Zion. For this reason, Stirling is known as [Parks Canada [http://www.pc.gc.ca/docs/r/ab/sites/stirling_e.asp Village of Stirling National Historic Site of Canada] , Parks Canada, accessed .]

In the 1890s the Alberta Rail and Irrigation laid a narrow gauge line that ran diagonally from Lethbridge to Stirling and then to Coutts. In 1912 the [ [http://www.thecanadianencyclopedia.com/index.cfm?PgNm=TCE&Params=A1ARTA0001322 Canadian Pacific Railway] History of the Railway. Retrieved on 2008-07-05.] bought the rail line and needed extra space for a for the line between Raymond and Foremost. This junction was named New Stirling, creating a new town latter to be named Maybutt. Due to confusion between the two post offices in Old Stirling and New Stirling, the name was changed to Maybutt. Mr. Fisher who was the original owner and planer of the town site, decided to rename the town after his wife, May Butt.

Since the era, Maybutt has slowly died off making it a ghost town with few buildings remaining. [ [http://www.ghosttownscanada.ca/gallery/showgallery.php/cat/952 Picture Gallery Ghost towns of Canada] . New Stirling Retrieved on 2008-07-05.]

Stirling is in the municipal district of Warner, and lies 31 km (19 mi) south-east of Lethbridge, at the junction of Highway 4 and Highway 846. The is south of the village, and and are north of it.

Historically, Stirling's economy has relied mainly on as a main industry. Stirling's location and rich history makes another main industry. Stirling has a variety of businesses, [ [http://www.villageofstirling.com/Business/bus%20dir.htm Stirling Business Directory] . Retrieved on 2008-08-31.] such as a , , large concrete terminal grain elevator, a wooden crib now used as a plant, a truck and tractor dealer, a pool, a community-owned campground, and a community park known as Centennial Park.

The village is governed by a village council composed of a , four councillors and a village manager.

The village is connected to two highways: Highway 4, which heads south to and north to , and the historic

Stirling Emergency Services are provided by the Raymond and District hospital and police station located in Raymond, as well as the village's own fire station, that has served the Stirling and area since 1957.

After Stirling's founding on , the 24th of July, known as "", now called , was celebrated to mark the ' arrival in the .

;William T. Ogden House: The is a style house that is declared as a Provincial historic Site of Alberta located in Stirling. Every year around the owners of the home decorate the convert|7000|sqft|m2|abbr=on house as a live , making it the largest haunted house in . [William T. Ogden House [http://www.freewebs.com/hauntedmansionstirling/index.htm Stirling Haunted Mansion] . Retrieved on 2007-08-02]

;Waterton Lakes National Park
is a national park located in the extreme southwest corner of Alberta, Canada, 40 km west of Cardston, and borders in Montana, USA. s was Canada's fourth national park formed in 1895. The rise suddenly out of the rolling prairies in the park. Amid the peaks are the three Waterton Lakes, carved out of the rock by ancient s.

;Writing On Stone Provincial Park
, 125 km east of Cardston, is one of the largest areas of protected prairie in the Alberta park system, and serves as both a and protection for the largest concentration of , created by Plains People. There are over 50 rock art sites, with thousands of figures, as well as numerous archeological sites.

Stirling School is home to a few athletic teams, from to , even .

In 2006 the final game was a decisive 98-68 victory over the third-ranked Youngstown Falcons. Besides the provincial title, the Stirling Lakers recorded a season of 30 wins, 9 losses, and 3 other tournament champion titles, including the 1A South Zone Title, the Picture Butte Sugar King Invitational, and the Mccoy Invitational.

The Stirling Lakers followed up their 2006 season with another provincial title in 2007. The Lakers were victorious in the championship game over their rivals from Foremost. On their way to provincials, the Lakers were also crowned South Zone champions.

In 2008 Stirling hosted provincials and ended up winning their third provincial title in a row.

Stirling has many different types of news papers such as Westwind Weekly, Lethbridge Herald, and Prairie Post. At one time, Stirling had a newspaper of its own called the Stirling Star. [ [http://www.telusplanet.net/public/vilstir/star.htm New Stirling Star] . Retrieved on 2007-08-02] In the 1980s Stirling also hosted the cast of a film called "" staring . Fact|date=June 2008

*"", the most read newspaper in and Southern Alberta.Fact|date=June 2008

*"Prairie Post", a news paper focused on Alberta and the southwest region of .

*"" was Stirling's newspaper printed in New Stirling until the late 1930s.

*, movie shot throughout Southern Alberta and Stirling in the 1980s.

* Theodore Brandley, one of the first missionaries called to from his former home in ; one of his missions was to helped colonize Stirling.

* , resided on a ranch near Stirling, and was put in the record books in 1948, by becoming the Canadian Champion All-Around at the . In total Kesler won a total of $1,960 along with the first trophy saddle awarded by the C.P.A.. and again winging the title two more times in 1951 and 1953. [ [Canadian Pro-Rodeo Hall of Fame http://www.canadianprorodeohalloffame.com/inductees.php?year=1989] | accessdate= 2007-08-02]

* , member of the for 5 years and was awarded the Distinguished Flying Cross medal from .Fact|date=January 2008 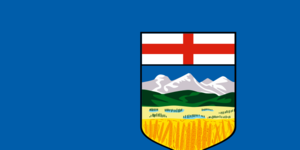