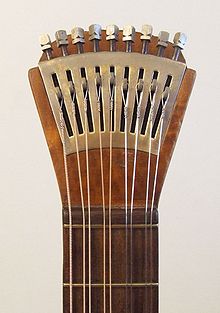 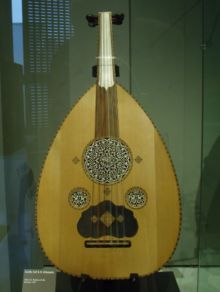 A course is a pair or more of adjacent strings tuned to unison or an octave and usually played together as if a single string. It may also refer to a single string normally played on its own on an instrument with other multi-string courses, for example the bass string on a nine string baroque guitar.

An instrument with at least one (multiple string) course is referred to as coursed, while one whose strings are all played individually is uncoursed.

Instruments that use two-string courses include:

Instruments that use three-string courses include:

All members of the mandolin family except the lowest-pitched have courses each of two or three strings, most commonly eight strings in four courses.

The exception, the mando-bass, has four individual strings.

The baroque guitar has five courses, with the top four always double strung, and the bass string either double or single.

There are also several patterns of modern ten-string guitar but all have ten single strings, played individually.

The twelve-string guitar has twelve strings in six courses. The courses are most often tuned E-A-D-G-B-E similarly to a six-string guitar, however older instruments were often tuned one tone lower D-G-C-F-A-D to reduce the tension on the neck, and commonly played with a capo on fret 2.

The lowest three courses (E-A-D) are normally tuned at octaves, with the primary string uppermost and the octave below it, while the upper two courses (B-E) are tuned to unison. The G course is either unison or at octaves.

On some electric twelve-string guitars, and notably the Rickenbacker 360/12, the octave strings are below the primary strings.

The electric twelve-string bass has twelve strings in four triple courses. Basses have also been built with six double courses and other configurations but these are rare.