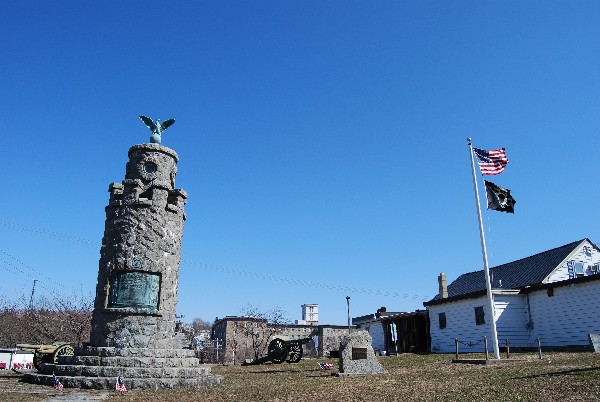 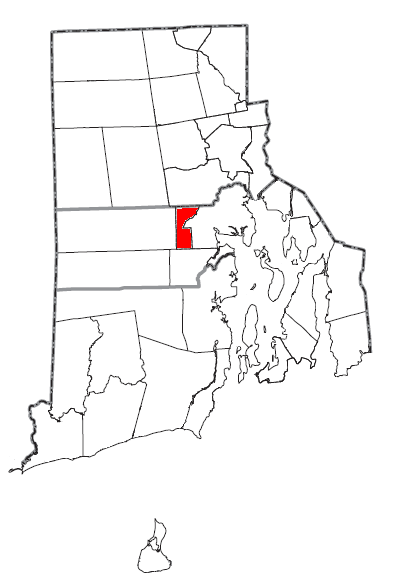 West Warwick was incorporated in 1913, making it the youngest town in the state. Prior to 1913, the town, situated on the western bank of the , was the population and industrial center of the larger town of Warwick. The town split because local Democrat politicians wanted to consolidate their power and isolate their section of town from the Republican dominated farmland in the east.Fact|date=September 2007 Since then, the town of West Warwick has fallen on hard times after the collapse of the state's industry, while Warwick has gone on to be the state's second largest city and commercial center.Fact|date=September 2007

The area that is now the Town of West Warwick was the site of some of the earliest textile mills in the United States situated along the banks of the , North and South Branches. These small mill villages would play an important role in the early development of the textile industry in North America.

On , , was caused by used indoors during a concert. The fire killed 100 patrons. The fire occurred in a single-story wooden building that was more than 70 years old. It had previously served as an Italian restaurant, and during was a popular hangout for sailors from nearby .

*Centerville
*Clyde
*Crompton
*Jericho
*Lippitt- Home to the historic Lippitt Mill, which was constructed in 1809
*Natick- Natick is a neighborhood located in the northeast section of West Warwick, Rhode Island. It was originally a predominantly Italian neighborhood. Natick was a village based on the operation of the B.B.and R. Knight mills whitch were located along the west bank of the Pawtuxet river. The village also was involed with the RI textile strike of 1922 when the employees barricaded the managers inside the mill and bombarded them with bricks and other items. Governor Emory J. SanSoucy sent the state malitia to Natick to end the rioting at the mills. According to the Pawtuxet Valley Times, when the troops arrived in Brown square in Natick they were met by a mob pelting them with rocks. This was ended when Rev. Achilles Tirrochi of St. Josephs came out of the rectory and pleaded with the crowd to go home. His warning was headed. A few days later the strikers reached an agreemet and work at the mills was resumed. on July 4, 1942 the Natick Mills burnt to the grownd.
*Phenix- Phenix is in the Northwest corner of the town, and was a mainly Portuguese area.
*River Point- Riverpoint is home to the historic Royal Mills and is home to Horgan Elementary.
*Wescott- Westcott is located in northern West Warwick, and was home to the Westcott train crossing.

West Warwick has a council-manager form of government. There are five town councilors, one for each of the town's wards. Each is elected to a two-year term.