Colony Wars is a trilogy of video games developed and produced by Psygnosis for the PlayStation. The three games in the series are Colony Wars (1997), Colony Wars: Vengeance (1998), and Colony Wars: Red Sun (2000). The style of gameplay is a 3D science fiction space shoot 'em up.

Colony Wars takes place in the distant future. Humans have further unlocked the secrets to the longevity of life and, as such, a population explosion across Earth forced mankind to begin colonization of the Solar System and, eventually, its surrounding star systems. As centuries passed, Earth and the Solar System were drained of all natural resources. The Czar decided to pass a law, declaring that all outer colonies were to dedicate the majority of planetary resources to the survival of the Sol System, primarily Earth, as their duty to the birthplace of mankind and humanity's pioneering ancestors.

Although all colonies fell quickly into line with this decree, the populations of these solar systems were taken completely for granted by the Earth Empire. For centuries, honoring their word and fulfilling all duties demanded of them, the colonists were treated with nothing but spite, and branded as second-class citizens. Eventually, people throughout many colonies and across dozens of planets, specifically those of the Gallonigher System, began to voice their protests and disdain at the Empire's harsh treatment. The Czar, believing the outer-system colonists to be little more than peasant scum, became enraged that his subjects would even dare to question their duties to the Empire. Deciding quickly to have the protests suppressed, the Czar moved his massive fleets to the outer systems, where he ordered the annihilation of every city that had so far reported even minor protests.

Believing that his subjects wouldn't ever dare to question their places again, the Czar rallied entire systems into open revolt through his actions - even alienating many of his most loyal and experienced outer-system Naval officers, who quickly defected to the faction leading the most passionate anti-Empire efforts, The League Of Free Worlds. Due to these events, The League went from being a minor political annoyance, to becoming the most dangerous military threat posed to the Earth Empire's rule. The Czar, now with a lack of experienced fleet officers in the outer systems, placed a young and arrogant Admiral in charge of a massive Imperial taskforce and dispatched it to destroy 'The Father' and the large League fleet growing and amassing strength in the Gallonigher System. Although only in command of obsolete fighters and small to mid-sized capital ships, 'The Father' and his advisors drew the complacent Navy fleet and its inexperienced officers into ambush, obliterating the entire taskforce with very few losses to their own forces. The Battle of Benay served as the League's rallying call to the colonies, and as League supporters and Navy loyalists wage civil war across the known systems, The League Of Free Worlds begins its push towards the Sol System, Earth and the Czar. 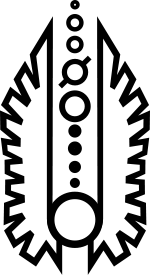 In the Colony Wars universe, humanity finally begins colonization of the Solar System in 3095 AD, with the arrival of settlers on Mars. By late in the 5th millennium, humanity has travelled to, and subsequently colonized, many different solar systems through use of revolutionary wormhole technology. But all of these colonies have had the sole purpose of supplying Earth, which had nearly all its natural resources stripped by industry and human consumption. Governing the worlds is the Earth Empire, with the military forces, the Navy, enforcing its rule.

Over the centuries, the brutal regime gained opposition, and the League of Free Worlds was formed out of insurgency against the Empire, led by a figure known as "The Father". The first conflict can be analogised in the form of the Vietnam War, as the mighty and powerful Navy are drawn to the edge of defeat by a smaller and under-equipped force.

Assuming that Vengeance is the official continuation of the timeline (as there are multiple endings depending on player progress, creating a similar illusion of free choice as seen at the end of Half-Life), the Navy push the League forces out of the Sol System. But in their retreat, the League destroy the free orbiting space platform that tethered the wormholes from each system, meaning the Earth Empire and the Navy are effectively trapped. In 4620, the now almost sterile Sol System plays host to a civil war between Navy factions, with the League left to wonder the fate of their enemies.

In 4669, the civil war is drawing to a close with the emergence of a new leader, known as Kron. It is still the 5th millennium (as stated by Valdemar in Colony Wars: Red Sun) and the Navy has united enough of the populace to become a military force once again. Though nothing of its former power, they embark upon a campaign of retribution against the League of Free Worlds, who have now become as powerful as the Earth Empire once was. But as they progress in their campaign, it becomes clear that the initial reasons for the breakout from Sol were nothing but a sham, with the entire reasons for the war being lost in mutual fear and need, as both the Navy and League come under attack from a hitherto unknown and mysterious alien race. As they fight off the attacks, the Navy commander, Kron, attempts to continue his campaign against the League, eventually fighting the Navy itself. As it transpires, Kron was once a highly regarded League loyalist, who was deliberately sent on a suicide mission to Earth in the previous war due to his unstable nature. The entire 2nd Colonial War was built on his personal vendetta he felt the need to fulfil. Canonically, Kron is killed by Mertens with his personal bodyguards in the Boreas system in 4671 and the Navy and the League now cooperates.

The "Red Sun" incident happens during this second colonial war, while the League and the Navy are still enemies. The League has to secretly cooperates with alien forces to destroy the threat the bio-mechanical ship Red Sun is to the universe. With all their help, Valdemar is able to kill it in the subspace and returns as a hero in his home system, Magenta.

In the first Colony Wars, almost all the League fighter craft were named after creatures of myth and legend, such as Vampire and Chimera. The Navy's fighters were named after stormy weather conditions, such as Blizzard and Thunderchild.