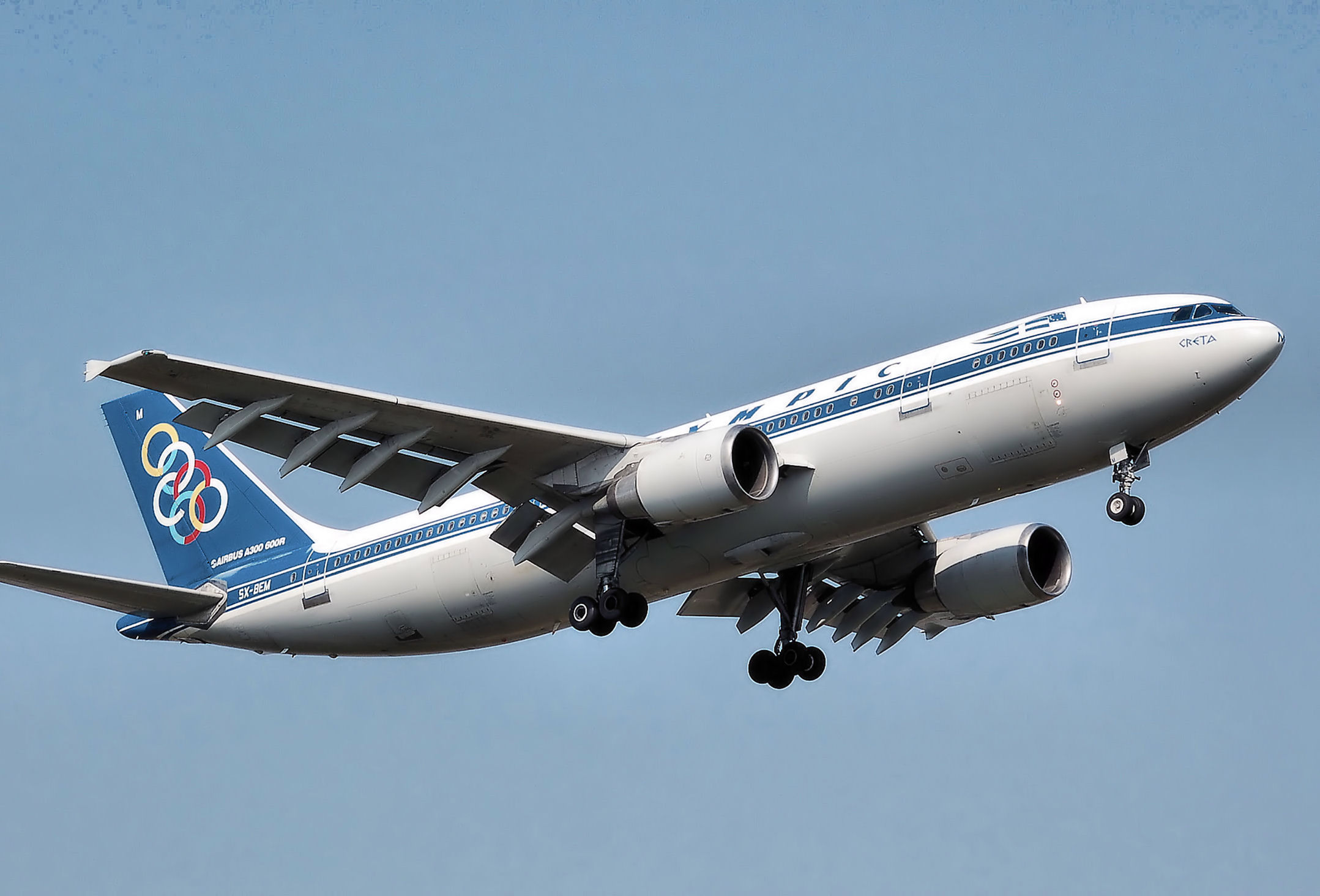 The Airbus A300 is a short- to medium-range widebody aircraft. Launched in 1972 as the world's first twin-engined widebody, it was the first product of the consortium of European aerospace companies, wholly owned today by . The A300 ceased production in July 2007, along with the smaller A310. Freighter sales for which the A300 competed are to be fulfilled by a new A330-200F derivative.

The mission requirements were given in 1966 by Frank Kolk, an executive, for a replacement on busy short- to medium-range routes such as US transcontinental flights. His brief included a passenger capacity of 250 to 300 seated in a twin-aisle configuration and fitted with two engines, with the capability of carrying full passengers without penalty from high-altitude airports like Denver. American manufacturers responded with widebody trijets, the and the , as twinjets were banned from many routes by the FAA.

French president resented the US domination of civil aviation and wanted a European airliner that could compete with American designs. Fact|date=January 2008 was part of the answer, designed for intercontinental routes; the other was the A300, designed to meet Kolk's US domestic requirements. In September 1967, the British, French, and German governments signed a Memorandum of Understanding (MoU) to start development of the 300-seat Airbus A300. An earlier announcement had been made in July 1967, but at that time the announcement had been clouded by the British Government's support for the Airbus, which coincided with its refusal to back 's (BAC) proposed competitor, a development of the &mdash; despite a preference for the latter expressed by (BEA).

In the months following this agreement, both the French and British governments expressed doubts about the aircraft. Another problem was the requirement for a new engine to be developed by Rolls-Royce, the RB207. In December 1968, the French and British partner companies ( and ) proposed a revised configuration, the 250-seat Airbus A250. Renamed the A300B, the aircraft would not require new engines, reducing development costs. To attract potential US customers, American General Electric CF6-50 engines powered the A300 instead of the British RB207. The British government was upset and withdrew from the venture; however, the British firm Hawker-Siddeley stayed on as a contractor, developing the wings for the A300, which were pivotal in later versions' impressive performance from short domestic to long intercontinental flights.Fact|date=July 2007 (Years later, through , the UK re-entered the consortium.)

Airbus Industrie was formally set up in 1970 following an agreement between (France), the antecedents to Deutsche Aerospace (Germany) . They were to be joined by the Spanish CASA in 1971. Each company would deliver its sections as fully equipped, ready-to-fly items.

The A300 was the first airliner to use just-in-time manufacturing techniques. Complete aircraft sections were manufactured by consortium partners all over Europe. These were airlifted to the final assembly line at Toulouse-Blagnac by a fleet of -derived aircraft. Originally devised as a way to share the work among Airbus's partners without the expense of two assembly lines, it turned out to be a more efficient way of building airplanes (more flexible and reduced costs) as opposed to building the whole airplane at one site. This fact was not lost on Boeing, which, over thirty years later, decided to manufacture the in this manner, using outsized 747s to ferry wings and other parts from .

The A300 cemented European cooperation in aviation. Its first flight was commemorated on a French three stamp.

Airbus partners employed the latest technology, some derived from the . On entry into service in 1974, the A300 was very advanced and influenced later subsonic airliner designs. The technological highlights include:
*Advanced wings by (later ) with:
**supercritical airfoil section for economical performance
**advanced aerodynamically efficient flight controls
* 222-inch diameter circular fuselage section for 8-abreast passenger seating and wide enough for 2 LD3 cargo containers side-by-side
*Structures made from metal billets, reducing weight
*First airliner to be fitted with protection
*Advanced autopilots capable of flying the aircraft from climb-out to landing
*Electrically controlled braking system

Later A300s incorporate other advanced features such as
*2-man crew by automating the flight engineer's functions, an industry first
* flight instruments
*Extensive use of composites for an aircraft of its era
*Center-of-gravity control by shifting around fuel
*The first airliner to use s for better aerodynamics

All these made the A300 a substitute for the widebody trijets such as and for short to medium routes. On the early versions, Airbus used the same engines and similar major systems as the DC-10.Fact|date=February 2008

After the launch, sales of the A300 were weak for some years, with most orders going to airlines that had an obligation to favor the domestically made product &mdash; notably and . At one stage, Airbus had 16 "whitetail" A300s &ndash; completed but unsold aircraft &ndash; sitting on the tarmac. was the world's first domestic airline to purchase the A300. These have now been retired.

In 1977, U.S. carrier leased four A300s as an in-service trial. , ex-astronaut and the then CEO, was impressed that the A300 consumed 30% less fuel than his fleet of Tristars and then ordered 23 of the type. This was followed by an order from Pan Am. From then on, the A300 family sold rather well, eventually reaching the current total of 858 on order or delivered.

The aircraft found particular favour with Asian airlines, being bought by , , , , , , , , , , and many others. As Asia did not have restrictions similar to the FAA 60-minutes rule for twin-engine airliners which existed at the time, Asian airlines used A300s for routes across and .

In 1977, the A300B4 became the first “ compliant” aircraft – its high performance and safety standards qualified it for Extended Twin Engine Operations over water, providing operators with more versatility in routing. By 1981, Airbus was growing rapidly, with over 300 aircraft sold and options for 200 more planes for over forty airlines. Alarmed by the success of the , Boeing responded with the new .

The A300 provided Airbus the experience of manufacturing and selling airliners competitively. The basic fuselage of the A300 was later stretched (A330 and A340), shrunk (A310), or modified into derivatives (A300-600ST "Beluga" Super Transporter).

The A300 has reached the end of production, and the last A300 freighter has been completed and delivered. The largest freight operator of the A300 is , which, as of January 2006, had 95 A300/310 aircraft. United Parcel Service (UPS) also operates freighter versions of the A300. The final version was the A300-600R and is rated for 180-minute . The A300 has enjoyed renewed interest in the secondhand market for conversion to freighters. The freighter versions &ndash; either new-build A300-600s or converted ex-passenger A300-600s, A300B2s and B4s &ndash; account for most of the world freighter fleet after the freighter.

* 27 June 1976: Air France Flight 139, originating in , Israel and carrying 248 passengers and a crew of 12 took off from Athens, Greece, headed for Paris, France. The flight was hijacked by terrorists, and was eventually flown to (now known as Entebbe International Airport) in Uganda.
* 18 December 1983: Flight 684, an Airbus A300B4 leased from (SAS), registration OY-KAA, crashed short of the runway at Kuala Lumpur in bad weather while attempting to land on a flight from Singapore. All 247 persons aboard escaped unharmed but the aircraft was destroyed in the resulting fire.
* 3 July 1988: was shot down by the USS Vincennes in the after being mistaken for an attacking ian , killing all 290 passengers and crew.