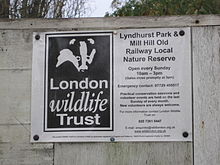 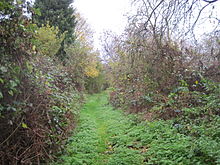 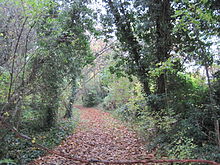 The reserve follows the route of the Mill Hill East to Edgware line, closed in 1964, of the Edgware, Highgate and London Railway, between Dean's Lane and Bunns Lane.

Most of it, between Dean's Lane and a short footpath from The Meads, is a closed site managed by the London Wildlife Trust. It is open 10 a.m. to 3 p.m. on Sundays. The remaining stretch to Bunns Lane borders Lyndhurst Park. This is not managed and very overgrown.

The reserve is wooded, with some areas of rough pasture and herbs, and a large number of slow-worms. The grassland has a variety of wild flowers including burnet saxifrage and the rare great burnet.[1]