Measure of the National Assembly for Wales

Measure of the National Assembly for Wales 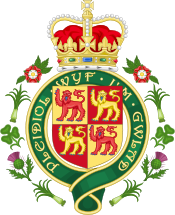 The Royal Badge of Wales appears on Assembly Measures[1]

A Measure of the National Assembly for Wales (informally, an Assembly Measure) is primary legislation in Wales that is a category lower than an Act of Parliament. In the case of Contemporary Welsh Law, the difference with Acts is that the competence to pass Measures is subject to 'LCOs' or Legislative Competence Order, which transfers powers to the Assembly by amending Schedule 5 of the Government of Wales Act 2006.

It was a lower form of primary legislation as it did not contain a large bulk of powers compared to the power to make acts. In Wales each Assembly Measure had to be accompanied with a Matter which was transferred using the Legislative Competence Order (LCO) system. Each Assembly Measure, like an Act of Parliament, would had to have made provision for a matter within the remit of the legislative competency of the Assembly.

Following a referendum held in 2011, the assembly gained powers to make primary legislation known as Acts of the Assembly. These powers will commence after the 2011 assembly elections after which the assembly will no longer be able to pass Measures. Existing measures will remain valid unless repealed by the assembly in the future. [2] [3]

How an Assembly Measure was made

Consideration by the Assembly

Like Acts, Assembly Measures face the same style of scrutiny. There were around four stages where the proposed legislation was scrutinised [4]. The first stage is the agreement of the principles of the Assembly Measure, which means the first approval of the legislation for it to be scrutinised, then it will have to be scrutinized at committee level, where a committee of Assembly Members can debate and add more to the Measure which is then accompanied with debates in 'plenary', which would be required to approve the amendments.

Once everything above has been completed, the Assembly can then start the final scrutinising before the Assembly Measure gets passed and becomes law. Of course, like in other legisative systems, some laws will fail, or might end up withdrawn. [5].

Who could propose Assembly Measures

When the Government of Wales Act 2006 was passed, some people reading it became confused as to what the difference between an Assembly Measure and an Order-in-Council is. Some people thought that the Order-in-Council was just a way of conferring power to the Assembly so the Assembly could make more 'delegated legislation'. However, the Act states that the Orders in Council are used only to transfer legal power to the Assembly. In this way, the Assembly, without having to go to Parliament, could then legislate using the 'Assembly Measures' system instead of making Acts straight off. An Assembly Measure could then confer power to the Welsh ministers to make delegated legislation, or statutory instruments as guided within the Measure.