The economy of is largely service oriented, but it also has a significant agricultural base. The state also has a small industrial sector. As of today, agriculture accounts for 35%, industry 9% and service 55% of the economy of the state [http://industries.bih.nic.in/Slides01/Presentation.pdf] Manufacturing has performed very poorly in the state over the last 5 years, with an average growth rate of 0.38% compared to India's 7.8%. [http://industries.bih.nic.in/Slides01/Presentation.pdf]

The and industries were flourishing sectors of Bihar. Until the mid fifties, 25% of India's sugar output was from Bihar. Dalmianagar was a large agro - industrial town. There have been attempts to industrialize the state between 1950 and 1980: an in , a plant at Fatuha, and a power plant at . However, for a combination of factors, these attempts failed and the economy struggled to grow from 1990 to 2005.

There are many factors behind the economic decline of Bihar: many in Bihar blame the freight equalisation scheme, poor political vision, under-investments in the key sectors of agriculture, infrastructure and education.

Others view cultural and political factors as reasons behind economic decline, espically in the 1980's and 1990's. Many observers believe that a combination of poor governance, caste based politics, caste based society, and rampant corruption by politicians & bureaucrats were the main causes for the lack of development.

Indian government data form 1980 to 1990 ("see Economic Indicators below") also show that the GSDP of the undivided Bihar grew by 72% in this period despite the socio-economic prooblems of the state. The data also shows that the state GSDP grew by 49% between 1980-1985, which means that the economy was one of the fastest growing in the country during the early 1980s as well.

Lalu Prasad's support of social justice has ensured that Bihar politics was dominated by Mandal dynamics and caste rather than development. Also, the criminalistion of politics during this period created a business unfriendly climate and contributed to the economic collapse [http://www.flonnet.com/fl2225/stories/20051216008601400.htm] . [http://news.bbc.co.uk/nolpda/ukfs_news/hi/newsid_4015000/4015151.stm] [http://www.accessmylibrary.com/coms2/summary_0286-20911800_ITM] . The biggest crisis business faced was with organised kidnapping, which the local BJP leaders claimed was linked to the ruling RJD. [http://timesofindia.indiatimes.com/articleshow/526541.cms] . The resulting crisis led to a flight of capital, middle class professionals, and business leaders to other parts of India. The the flight of business and capital increased unemployment and this led to the mass migration of Bihari farmers and unemployed youth to more developed states of India.

During this time Bihar's share of revenue from the Central pool declined by Rs.5,000 crores in the 1990s as the Centre's revenue collection had gone down. According to Shaibal Gupta, this, coupled with the fact that the government failed to get its plan allocation released because it could not contribute the matching non-plan grant, aggravated the financial crisis. [http://www.flonnet.com/fl2225/stories/20051216008601400.htm]

The division of Bihar in 2000, when the industrially advanced and mineral-rich southern-half of the state was carved out to form the separate state of , had a strong impact on development in the north mainly through a loss of revenue. Divided Bihar produces 60% of the output of the undivied Bihar. Even today, the 2005 to 2006 combined state GSDP for Undivided Bihar was almost as large as the Indian state of Karnataka, where Bangalore is located, and larger then its Hindi speaking states of Madhya Pradesh, Rajasthan, and Chattisgarh. [http://mospi.nic.in/6_gsdp_cur_9394ser.htm]

Economic Indicators under the RJD

The state has a of $148 a year against India's average of $997 and 30.6% of the state's population lives below the poverty line against India's average of 22.15%. However, 's GSDP grew by 18% over the period 2006-2007, which was higher then in the past 10 years. [http://mospi.nic.in/6_gsdp_cur_9394ser.htm] . Hajipur, near Patna, remains a major industrial town in the state, linked to the capital city through the Ganga bridge and good road infrastructure.

Despite this, under Presidents rule (Feburary to November 2005)and the current NDA government (Nov 2005 till date) the state's GSDP is growing on average by 12% per annum. And from 2004 to 2007, the state's GSDP has grown by 22%. The growth rate has resulted in visits by Indian business leaders to Patna making commitments to invest in the state's fast growing economy. [http://timesofindia.indiatimes.com/Cities/Patna/B-tycoons_to_attend_Bihar_development_meet/articleshow/1932011.cms] [http://www.patnadaily.com/news2007/apr/042207/bihar_development_meet.html] ("see Economic Indicators below")

After November 2005, the government of Bihar has introduced several laws, which it hopes, will provide a positive contribution the furture development of the state's industries.

*VAT reimbursement @80% of the deposited amount for a period of 10 years with a ceiling of 300% of the capital investment.Provisions for incentive even in zero VAT cases.

*Reimbursement of 50% of the amount spent on plant & machinery for captive power generation.

*25% of the VAT reimbursement for the existing units.

Improvements in the Economy

The NDA Government, and Chief Minister Nitish Kumar, has made 'development with justice' an aim of the state. The Finance Ministry has given priority to create investment opportunities for big industrial houses like Reliance. Improvements in law and order, with a more proactive bureaucracy has led to a gradual improvement in the economy of the state. NDTV dubbed this as the "Quite Transformation" [http://www.ndtv.com/convergence/ndtv/story.aspx?id=NEWEN20080057141&ch=7/16/2008%2011:10:00%20PM]

The government is working on the expressway from the Purvanchal border through Bihar to Jharkhand, and has also decided to expand the state highway from Patna to Muzaffarpur from its current poor one lane to a four lane expressway [http://www.projectstoday.com/newsr.asp?newsid=20417] . The central government funded north-east corridor expressway will run through the northern part of the state making the north better connected with the rest of India. The state now spends (2007-2008) Rs 2,222.08 crore on roads, compared with Rs 51.2 crore between 2003-2004. [http://www.ndtv.com/convergence/ndtv/story.aspx?id=NEWEN20080057141&ch=7/15/2008%208:20:00%20AM]

In September 2008, $420 Million (USD) loan from the Asian Development Bank (ADB) was provied to the government to improve nine state highways. The loan would be used to convert nine state highways into double-lane roads covering a total stretch of 820 kilometres. The governments aim is to convert these roads into double-lane traffic corridors as per international standards and bids have been invited for the conversion of these roads in accordance with international bidding procedures. The ADB had also given its consent for development of 1,500-kilometre stretch of state highways into two-lane roads as per international standards under Bihar State Highways Project (BSHP). BSHP will be executed in two phases. The nine roads have been included in its first phase [http://www.ptinews.com/pti%5Cptisite.nsf/0/B9C6ED7871970F3E652574D4001C641D?OpenDocument] .

For industrial development, the NDA government has cleared a total of 135 proposals worth Rs 71,289.64 crore, submitted by big entrepreneurs for setting up medium and large industries. The proposals are related to sugar mills, ethanol, engineering and medical colleges and power production in the state. A sum of Rs 602.54 crore had already been spent on various activities pertaining to the cleared projects, which are likely to create job opportunities for over 114,000 people. The proposals include opening of 23 new sugar mills and the expansion of seven existing ones, apart from the production of ethanol in two sugar mills and five sugarcane juice production plants. The projects regarding five power plants, 12 food processing units and 15 steel processing and cement plants have also been cleared by the state. [http://www.business-standard.com/india/storypage.php?autono=331738]

There has been an improvement in by the state government. Tax collection growth in the first half stood at 265%. Patna witnessed a growth of 43.09% in personal income tax collections at Rs 559 crore [http://economictimes.indiatimes.com/articleshow/2430611.cms] .

The implementation of the National Rural Employment Guarantee (NREG) scheme has also led to a dramatic fall in the number of migrant workers in India's Punjab state. [http://www.hindu.com/thehindu/holnus/004200810021531.htm]

In terms of income the districts of , Munger and Begusarai in Bihar were the three best-off districts out of a total of 38 districts in the state, recording the highest per capita gross district domestic product of Rs 31,441, Rs 10,087 and Rs 9,312, respectively in 2004-05 [http://www.financialexpress.com/news/For-Bihar-P-stands-for-Patna-and-prosperity/293289/] .

Germany’s Siemens AG, Bombardier Transportation India Ltd, a unit of Canada’s Bombardier Inc., and France’s SA is attempting to secure an order to build and supply at least 660 electric locomotives for the railways. Co. (GE) and Electro Motive Diesel Inc. (EMD) will compete for the second contract—to build and supply 1,000 diesel train engines for the national transporter. [http://www.livemint.com/2008/10/03004601/Govt-shortlists-five-MNCs-for.html]

has significant levels of production for the products of mango, guava, litchi, pineapple, brinjal, cauliflower, bhindi, and cabbage in India. [http://industries.bih.nic.in/] Despite the states leading role in food production, investment in and other agriculture facilities has been inadequate in the past. 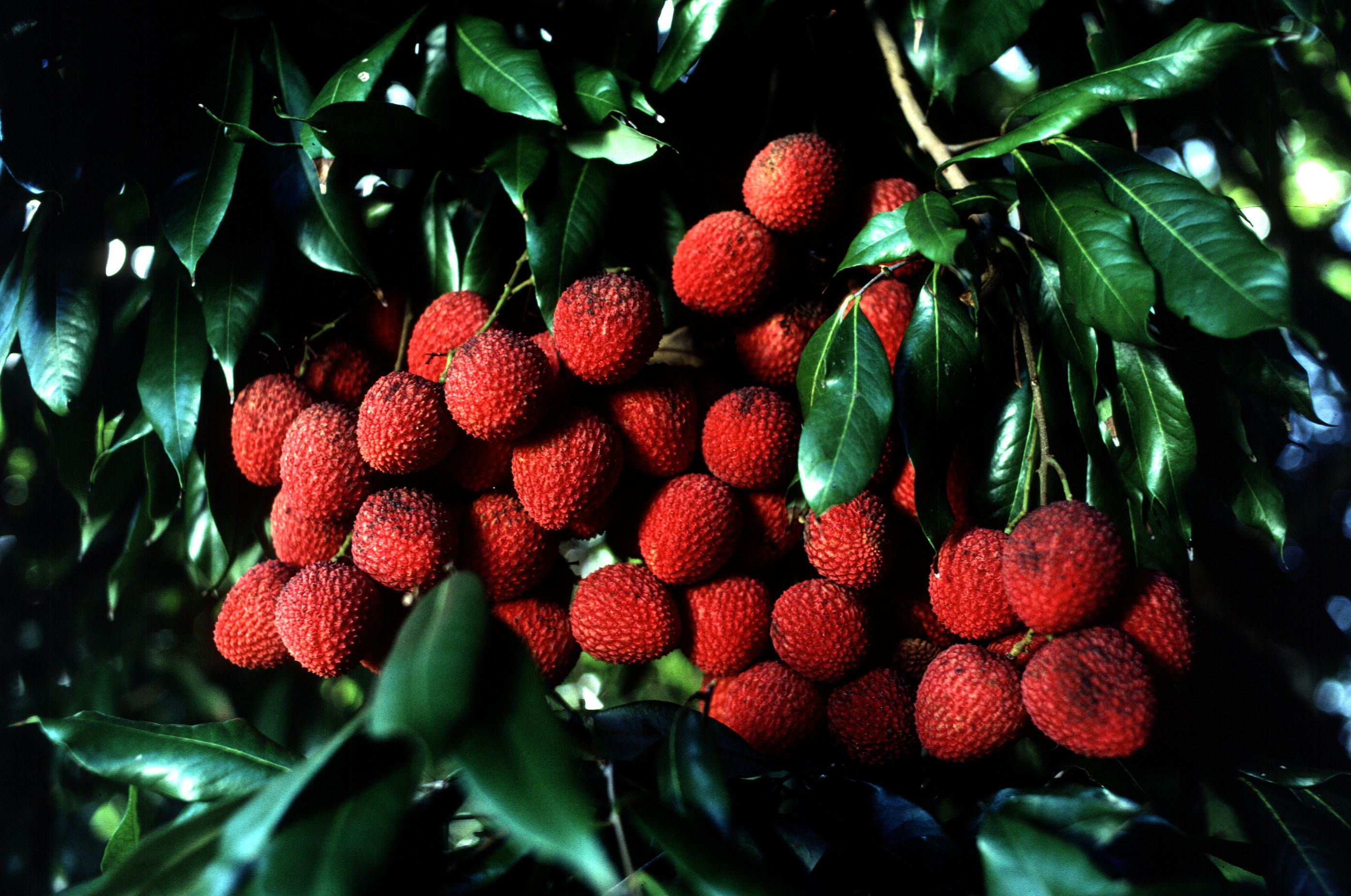 This is a chart of trend of gross state domestic product of Bihar at market prices [ [http://mospi.nic.in/mospi_nad_main.htm estimated] ] by "Ministry of Statistics and Programme Implementation" with figures in millions of Indian Rupees.