The island of Saint Lucia is divided into 11 quarters: 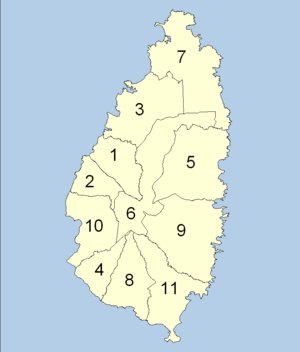 Districts of Saint Lucia, as used by the Saint Lucia Government Statistics Department