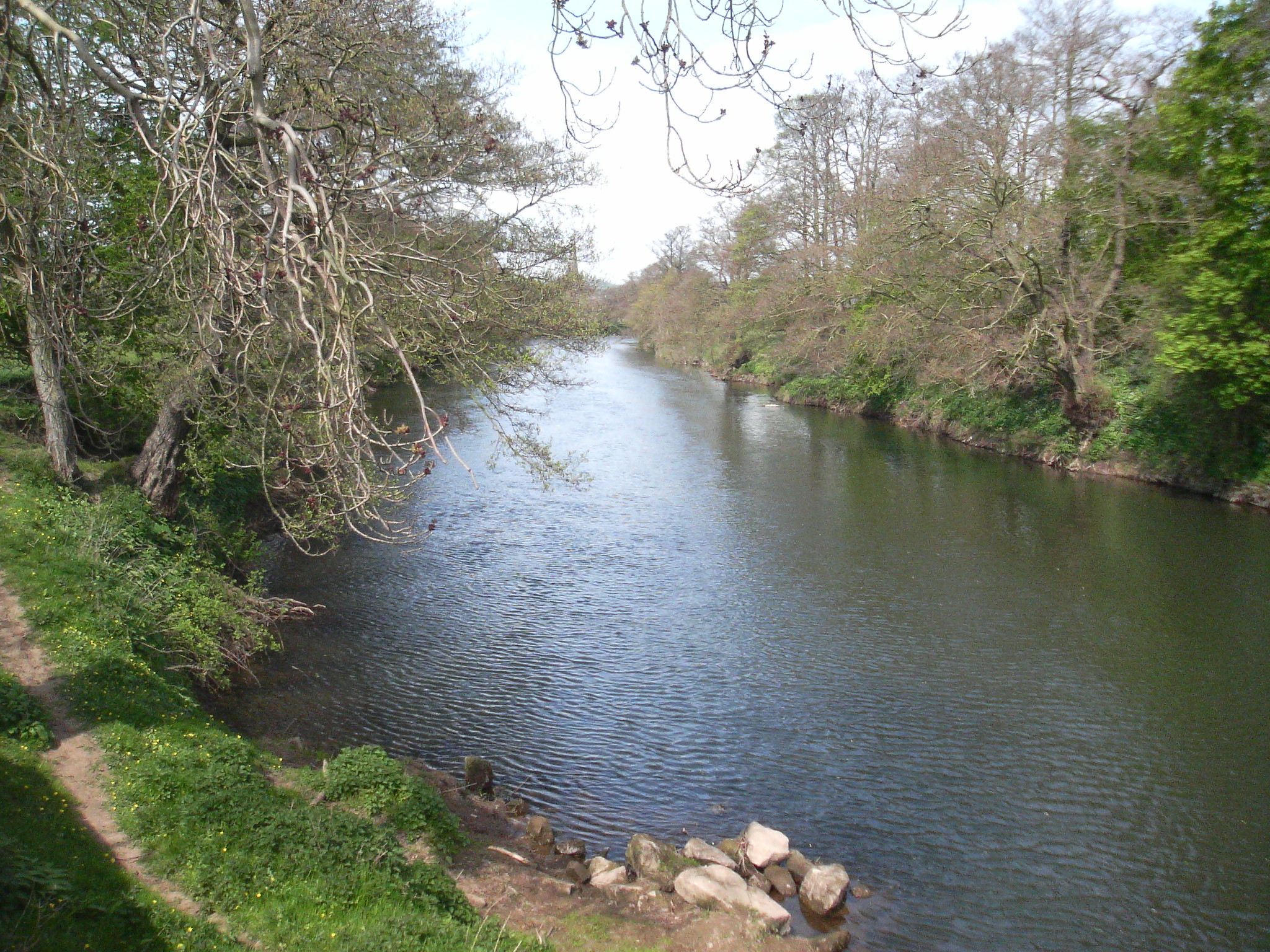 :"For other rivers called Derwent, see ."

It rises in the at just east of and flows through the with its three reservoirs, the , Derwent Reservoir and . It then passes through , , and , and through the Park estate, and it is joined by the River Wye. After passing through , the Derwent reaches Matlock, before flowing past and through the Crich Chase . The River Derwent supplies indirectly, with the water pumped from the river at Ambergate Pumping Station in times of high flow, and then released when flows are low via the same 6.5 mile (10.5km) of tunnels and aqueducts built by Severn Trent Water. This allows greater abstraction rates upstream in the drier summer months. [http://www.moretoexperience.co.uk/server.php?show=nav.6019] The river ends at , convert|1|mi|km|sing=on east of , where it flows into the .

The river was used to power many mills in the area around Matlock and Cromford.

It is the habitat for many different animals such as otters and fish.

It also provides the name for the oldest club in . Derwent Hockey Club, established in 1897, played its matches on the banks of the Derwent in , before locating to .