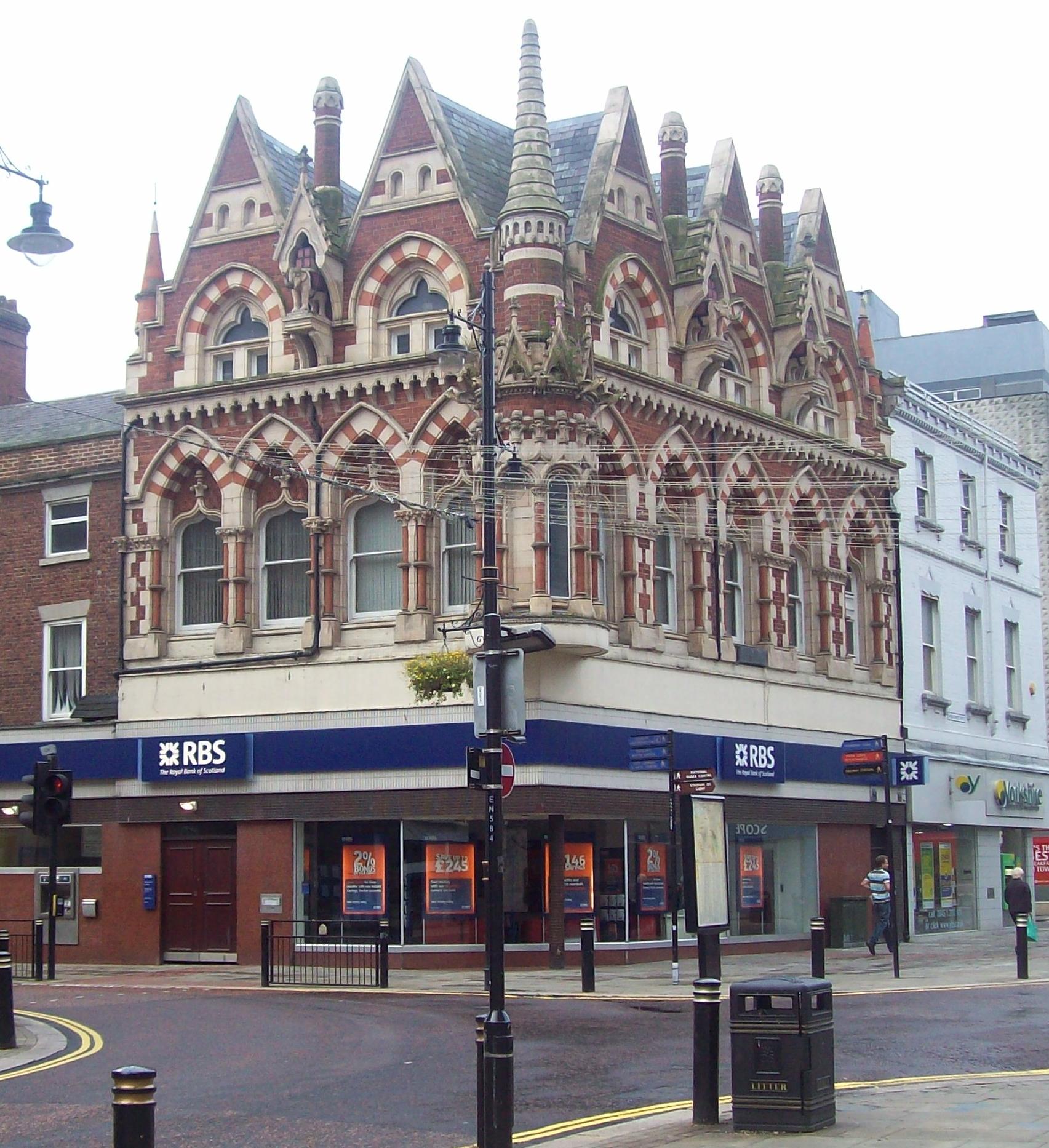 The Elephant Tea Rooms is a in , , . The building was constructed from 1873 to 1877 by for Ronald Grimshaw, a local tea merchant, in the style, in reference to the tea sold there.

The exterior is and was constructed from brick, and . The ground floor has a full-width tiled fascia continuing along to the neighbouring building; this 20th century alteration, may conceal earlier detail. The arcaded first floor has s with sloping s in the Gothic faience arcade, s and to the s, alternate s, raised es and roll-moulded . The window heads have s in front of -patterned terracotta s. The has a led .

The attic windows have faience surrounds, similar to the first floor arcade, two trefoil-headed lights over ed lights, each window is in a high gable with round-headed s in a banded faience decoration and moulded . Between the gables there are bracketed d shelves carrying faience elephants under bracketed gables with trefoil s with a crocket decoration and elaborate finials.

The round corner has nookshafts like the other first floor arcades but with arcaded central lights and blind arches, below a band of linked, ed shafts and large eaves s. Above are further s are at the foot of the banded round turret with bracketed, eaves and a -style conical faience roof with a series of ringed ribs. Smaller high cones on patterned drums are behind the crow-stepped gable foot at the end of each front.

The steeply-pitched roof is of , has ridges from each gable with terracotta s, faeience copings and tall, faience coping (behind the elephant gablets) and brick chimneys.