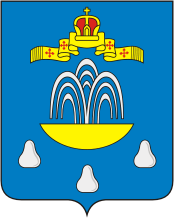 The town of Kashin was first mentioned in a under the year of 1238, when it was sacked by the s. It was given by Grand Duke as an appanage to his son Vasily, who founded a short-lived dynasty of local princes. Mikhail Yaroslavich's wife Anna took the veil in Kashin's nunnery and died there on , and was glorified by the in 1650 as a holy patroness of all women who suffer the loss of relatives. Her miracle-working relics are preserved in the Ascension Cathedral of Kashin.

In 1382, Kashin was annexed by the Principality of . From 1399 to 1426, it was held by a second dynasty of Kashin princes, which claimed their seniority in the house of Tver. In 1452, Kashin withstood a siege by . It finally passed to in 1486 with the rest of Tver Principality.

In 1708, the town was assigned to Ingermanland Governorate. There are several architectural monuments in Kashin, including monasteries, churches, and cathedrals. The most ancient of these, a wooden chapel from 1646, was burnt to the ground in 1998. The town is also known as a balneological resort.

Kashin is the administrative center of of Tver Oblast. The current mayor of Kashin is Anatoly Sokolov.

During the present day, Kashin remains an economically important location in the . For example, Kashin is home to "", one of the largest alcoholic drink producing companies in the region. Another major business is the company "ERA" which produces the Kashinskaya brand of mineral water.

There are also an electric equipment company, a wool factory, and a milk and meat-processing company. There is a resort area near Kashin where many residents of the oblast spend their vacation near the .

Kashinsky District is a primarily an agrarian region where and es is grown. Also, s and are raised around Kashin.

Kashin is home to numerous bars and restaurants. One of the most expensive restaurants in Kashin is called "Stary Kashin" (Old Kashin), and is frequently used to host major events such as weddings and birthday parties. Other dining locations in Kashin include the Baltika beer cafe, restaurant "U Lyovy", a "U Kseni", and the town dinery.

Kashin is home to numerous places of entertainment. During the day, the most popular entertainment locations are the pool house, s, and computer clubs. One of the computer clubs is located in the former church, Uspensky Sobor, which is now a recreation center. During the nighttime, the recreation center occasionally hosts a nightclub. On holidays and special dates, the town hosts large festivals which involve , , and various performances.

Several times a week, a takes place in the main square of the town. In it, residents of the town can sell various items, sometimes rare . Also, and s from nearby rural farms are sold.

The Museum of Local Lore is located in Kashin. Also, in the village of Verkhnyaya Troitsa, situated 30 km from Kashin, the house of is located.

There are low-price buses traveling around the town and nearby region throughout the day. For longer range transport, there are shuttle buses traveling to nearby cities: , , and . Also, there is a train traveling twice a day throughout Kashin. The morning train travels from to , while the afternoon train travels in the opposite direction. The passengers can easily travel from Savyolovo to via the train. Several times a week, a train from passes the station.