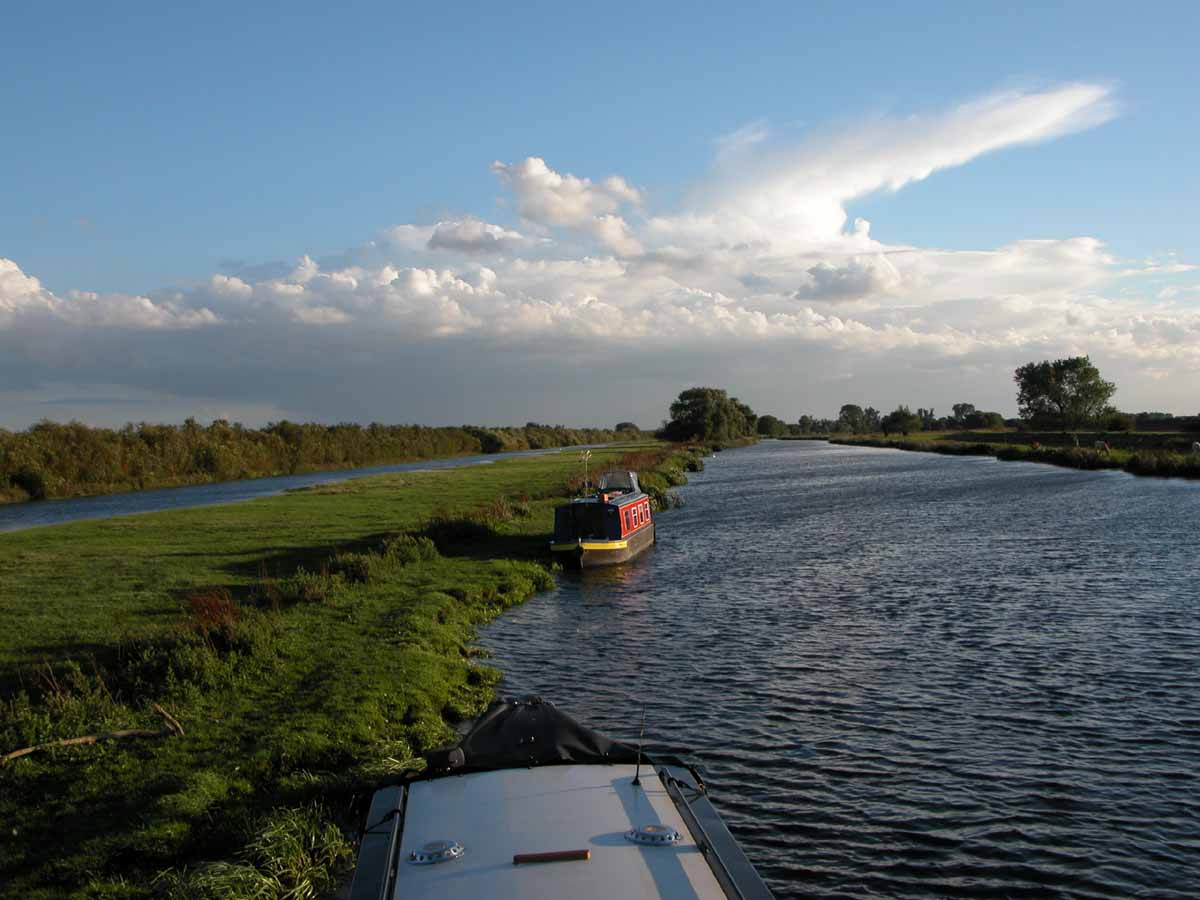 caption = The River Great Ouse after Brownshill Staunch, near Over
origin = near Syresham in Northamptonshire
mouth = King's Lynn
basin_countries =
length = 240 km (150 miles)
elevation = 115 m (380 feet)
discharge =
watershed = The River Great Ouse is a in the east of . It is 150 miles (240 km) long which makes it the major navigation in , and the fourth-longest river in the United Kingdom. The lower reaches of the Great Ouse are also known as "Old West River" and "the Ely Ouse". The name "Ouse" is from the Celtic or pre-Celtic *"Udso-s" [:entry 9] , and probably means simply "water". [ Oxford Dictionary of British Place Names (2003) ]

The is the and it attempts to attract more boaters to the river.

The are an internationally important area for wildlife.

In 1944 the annual boat race between the Oxford and Cambridge universities took place on this river, between Littleport and Queen Adelaide, the only time that it has not been held on the Thames; it was won by Oxford. [cite web|url=http://www.bbc.co.uk/cambridgeshire/out_about/2004/02/historic_boat_race.shtml|title=Celebrate the 1944 University Boat Race!|publisher=BBC|date=February 2004]

The Great Ouse is now used by CUBC, CUWBC and CULRC for training.

* [http://www.jim-shead.com/waterways/River-Great-Ouse.html Useful information on the river from Jim Shead]
* [http://www.fenlandlincs.com/GreatOuse Drainage and Rivers of Fens]