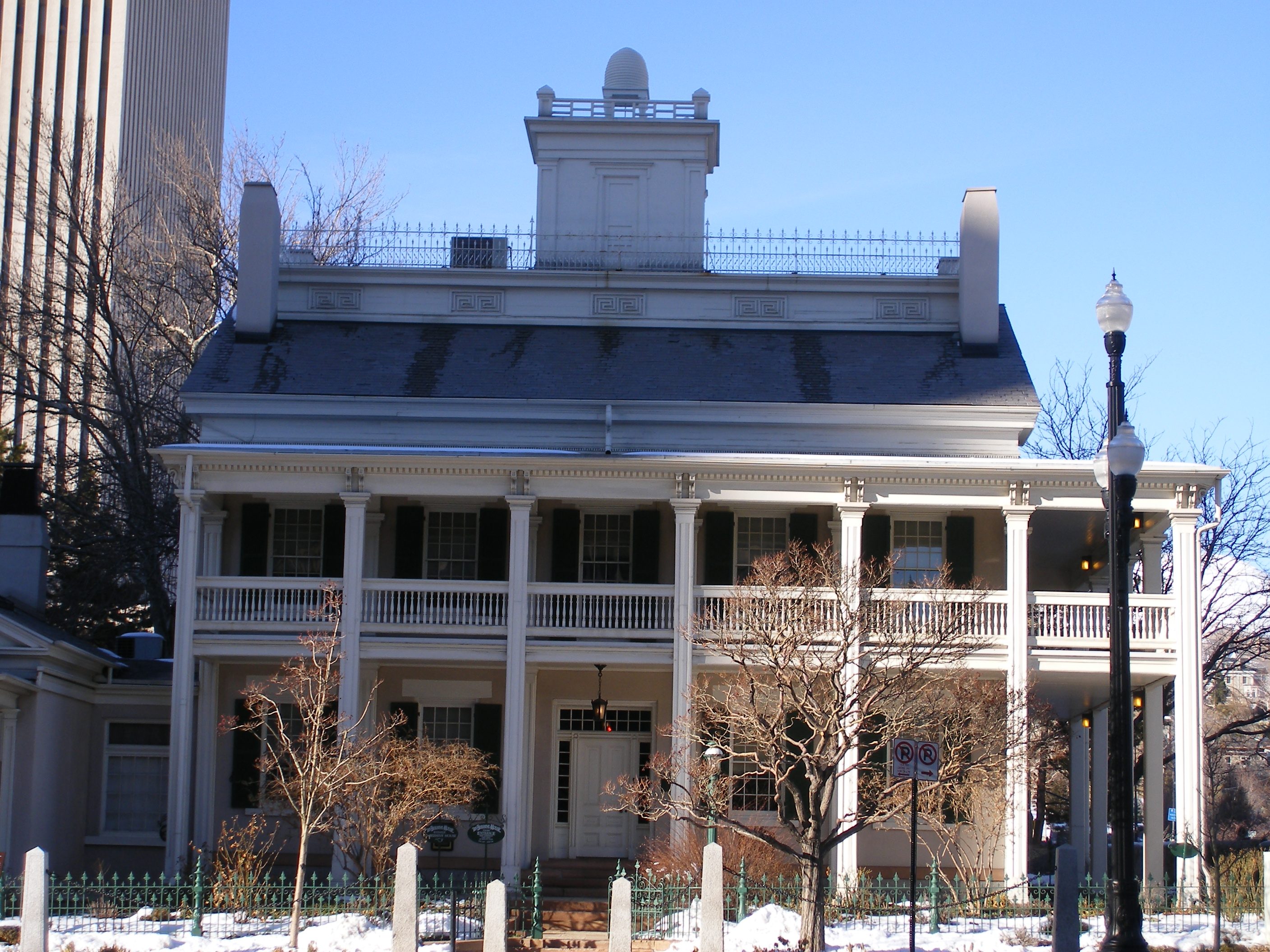 :"For the primitive type of building, see "

The Beehive House is one of the two official residences of , an early leader of (the Mormons). The Beehive House gets its name from the Beehive sculpture atop the house. It was designed by Young's brother-in-law and of the , , who later designed Young's other residence, the .

Young was a , and the Beehive House was designed to accommodate him and his wives and his children by them. As Young's family grew, the Lion House was built to accommodate them and became his official residence after its construction. Upon completion of the Lion House, Young's wife Lucy Ann Decker Young (1822-1890) and her children were the primary occupants of Beehive House.

The Beehive House served as the executive of the Territory of Utah from 1852 to 1855 and was where Young entertained important guests. After Young's death, it served as the residence of two subsequent Church Presidents, and , both of whom died in the mansion. Smith, who died in 1918, was the last LDS President to practice polygamy, living with four remaining wives at the time of his death.

A beehive atop the mansion was used by Young to represent , an important concept in Mormonism. In fact, prior to statehood, the territorial government requested that the state be named , another word for "" according to Latter-day Saint belief. Instead, the chose to name the state , after the Ute Indians, though the beehive was later incorporated into the state's official emblem.

The Young family maintained the home for a period of time after Young's death, but eventually sold the house to the LDS Church. After this time it was used as the official home of Church Presidents, later as the wing of , and then a for young women. The Young Women's organization of the Church also rented out rooms in the home for receptions.