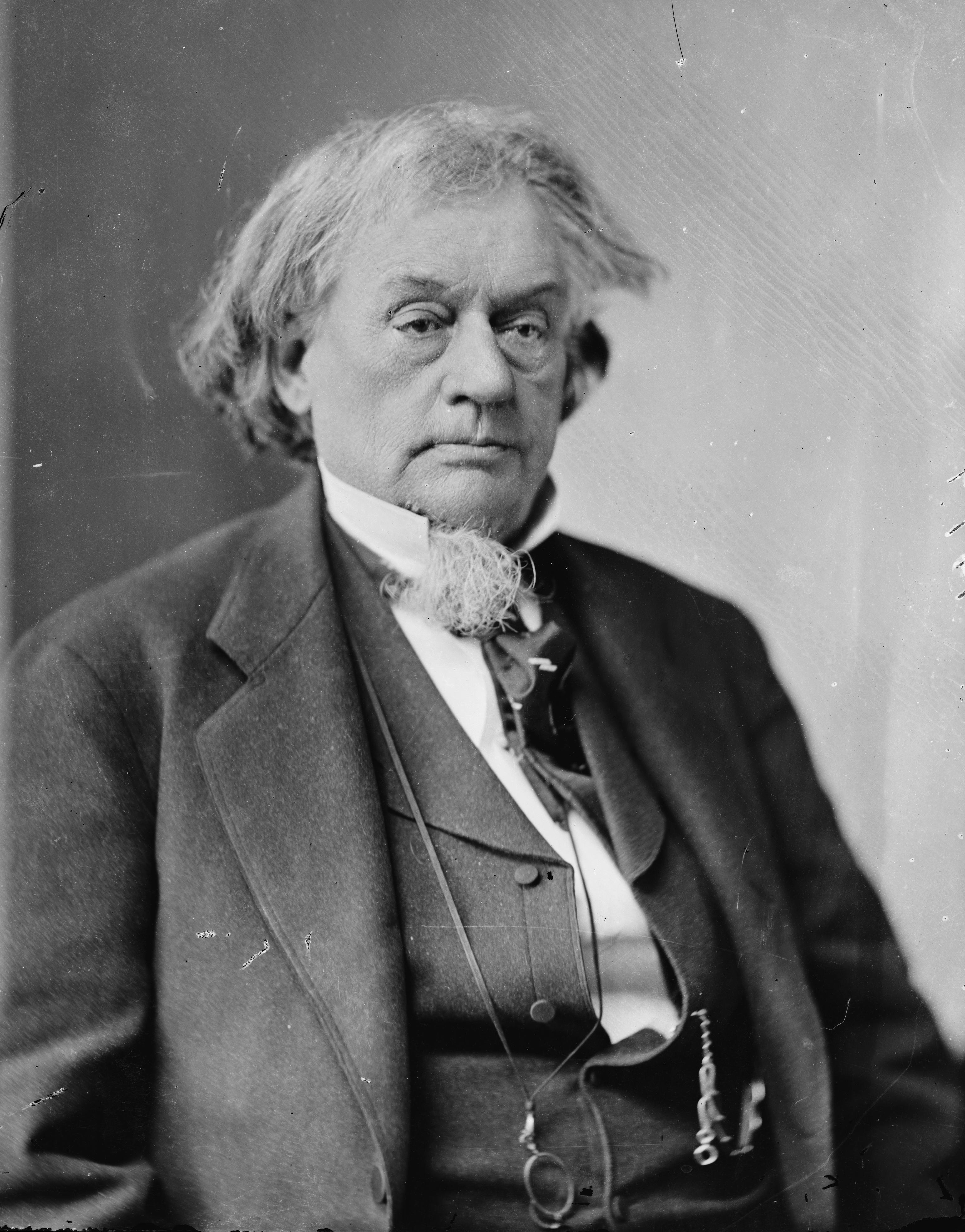 Robert Augustus Toombs (, &ndash; , ) was an American political leader, Secretary of State of the Confederacy, and a Confederate in the Civil War.

Born near Washington, , Robert Augustus Toombs was the fifth child of Catherine Huling and Robert Toombs. His father died when he was five, and he entered Franklin College at the in Athens when he was just fourteen. During his time at Franklin College he was a member of the , which reveres him as its most accomplished and legendary alumnus to this day. After the university chastised him for unbecoming conduct in a card-playing incident, Toombs continued his education at , in , from which he graduated in 1828. Toombs went on to study law at the Law School in Charlottesville. Shortly after his admission to the Georgia bar, he married his childhood sweetheart, Julia A. Dubose, with whom he had three children.

Toombs was admitted to the bar in 1830, and served in the (1838, 1840&ndash;1841, and 1843&ndash;1844). His genial character, proclivity for entertainment, and unqualified success on the legal circuit earned Toombs the growing attention and admiration of his fellow Georgians. On the wave of his growing popularity, Toombs won a seat to the (1844&ndash;1853), and joined his close friend and fellow representative from . Their friendship forged a powerful personal and political bond that effectively defined and articulated Georgia's position on national issues in the middle decades of the nineteenth century. Toombs, like Stephens, emerged as a states' rights partisan, became a national Whig, and once the Whig Party dissolved, aided in the creation of the short-lived Constitutional Union Party in the early 1850s. From 1853 to 1861 Toombs served in the , only reluctantly joining the Democratic Party when lack of interest among other states doomed the Constitutional Union Party.

From Unionist to Confederate

Throughout the 1840s and 1850s, Toombs fought to reconcile national policies with sectional interests. His support for the Georgia Platform in 1850 demonstrated his commitment to preserving the Union. He opposed the , the , President Polk's policy, and the of 1846. In common with and , he defended 's against southerners who advocated from the Union as the only solution to sectional tensions over slavery. He denounced the , opposed the secessionists in Georgia, and helped to frame the famous (1850). His position and that of Southern Unionists during the decade 1850&ndash;1860 has often been misunderstood. They disapproved of secession, not because they considered it wrong in principle, but because they considered it inexpedient. He favored the , the admission of under the , and the (1858). However, his faith in the resiliency and effectiveness of the national government to resolve sectional conflicts waned as the 1850s drew to a close.

On , , Toombs introduced in the Senate the , which proposed a constitutional convention in Kansas under conditions which were acknowledged by various anti-slavery leaders as fair, and which mark the greatest concessions made by the pro-slavery senators during the Kansas struggle. The bill did not provide for the submission of the constitution to popular vote, and the silence on this point of the territorial law under which the Lecompton Constitution of Kansas was framed in 1857 was the crux of the Lecompton struggle.

In the presidential campaign of 1860 he supported , and on , soon after the election of , sent a telegram to Georgia that asserted that "secession by the 4th of March next should be thundered forth from the ballot-box by the united voice of Georgia." He delivered a farewell address in the Senate ( ), returned to Georgia, and with Governor led the fight for secession against Stephens and (1812&ndash;1880). His influence was a most powerful factor in inducing the "old-line Whigs" to support immediate secession.

Unlike the crises of 1850, these events galvanized Toombs and energized ambitions for becoming the president of the new Confederate nation. The selection of as the new nation's chief executive not only dashed Toombs's highest hopes but also turned him into one of the most outspoken critics of the Confederate government and its policies. Nevertheless, Davis chose Toombs as his first . Within months of his appointment, a frustrated Toombs stepped down to join the . He received a commission as a on , and served first as a brigade commander in the (Confederate) Army of the Potomac, and then in 's division of the through the , , , and . He was wounded in the hand at the . He resigned his CSA commission on , to become of the 3rd Cavalry of the Georgia , and subsequently served as a brigadier general and adjutant and inspector-general of General Gustavus W. Smith's division of Georgia militia. Denied a military promotion, he resigned his commission and returned home to .

When the Confederacy finally collapsed in 1865, Toombs barely escaped arrest by Union troops and went into hiding until he fled to on , and then to and . He returned to the United States via in 1867. Because he refused to request a pardon from Congress, he never regained his American citizenship. He did restore his lucrative law practice as an "unreconstructed" southerner. In addition, he dominated the Georgia constitutional convention of 1877, where once again he demonstrated the political skill and temperament that earlier had earned him a reputation as one of Georgia's most effective leaders.

Robert Toombs' legacy lives on in his hometown of [http://www.washingtonwilkes.org Washington, Georgia] . Visitors to Washington can tour [http://gastateparks.org/net/go/parks.aspx?LocationID=47&s=0.0.1.5 The Robert Toombs House] , a State Historic Site operated by the Georgia Department of Natural Resources. in was named in his honor.