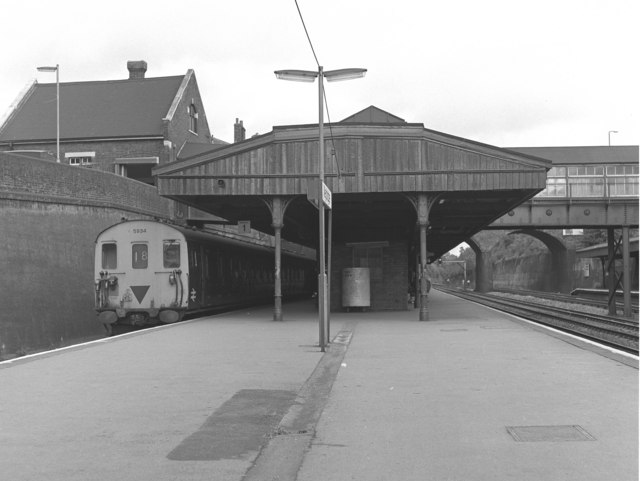 Weybridge railway station serves in the district of , . It is located on the operated by , 19 miles (30 km) from London Waterloo.

The station was opened by the London and Southampton Railway on 21 May 1838. The line is set in a deep cutting at this point: the main station buildings are at street level on the Up side of the station and are linked to the platforms by stairs and a footbridge. Up and Down platforms serve the slow lines; there is a on the up side, from which trains operate on the "Chertsey Branch" of the . Services on this line give an alternative route to Waterloo via Staines. This service can also be used to provide a cheaper and quicker route to the Great Western Mainline, by changing at Virginia Water for the service to Reading from Waterloo, for passengers from Surrey.

* 2tph to Woking
* 2tph to Basingstoke via Woking