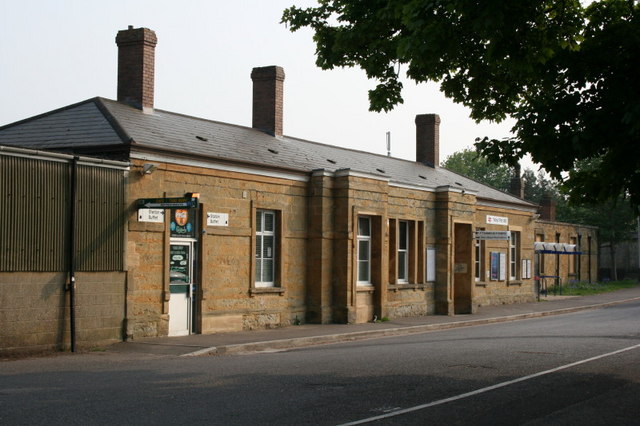 Yeovil Pen Mill railway station is one of two stations serving the town of in the English county of . The station is situated just under a to the east of the town centre.

The town is also served by , on the London Waterloo to Exeter line served by . Whilst there is a rail connection between the two lines, there are no regular passenger trains between the two stations. They are just under two miles apart by road.

There is generally a two-hourly service, every day, towards Bristol Temple Meads northbound and Weymouth southbound.

Services are operated by Class 158s, Class 150s or less frequently Class 153 s. During the summer, some weekend trains are operated by Class 31s or Class 67s with Mk. 2 coaching stock. In 2007 EWS operated the service for First Great Western using Class 67s, but a licence/ contract issue ended the service early, meaning road transport had to be used for the last few weeks on summer.