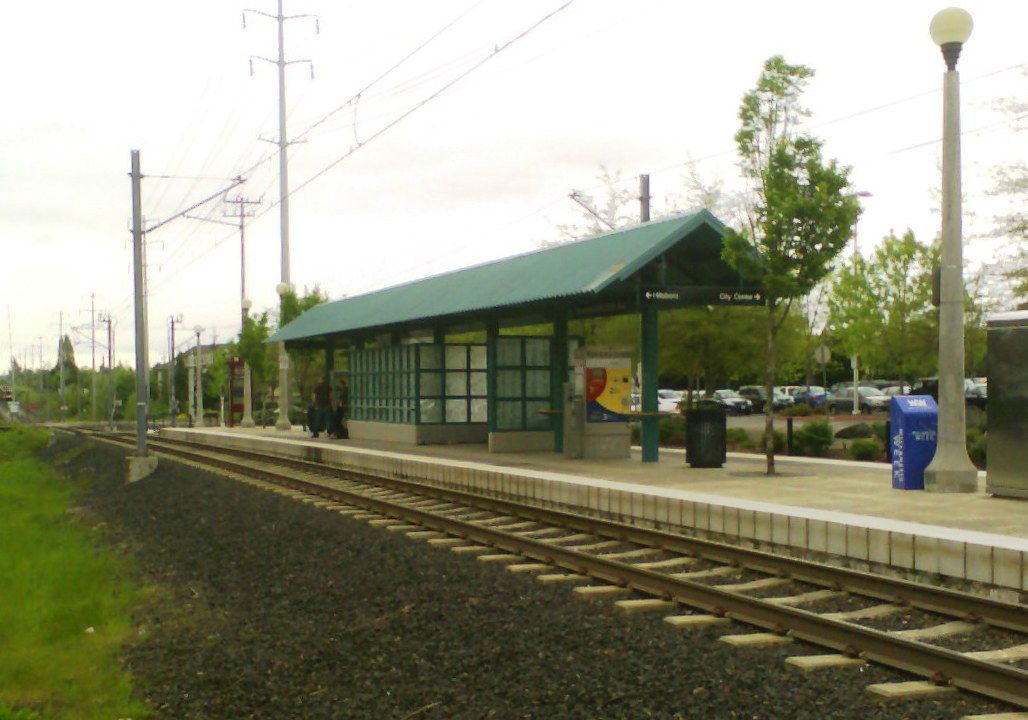 image_size=250px
image_caption=View from the north
coordinates=coord|45.523127|-122.888732|display=inline,title|type:railwaystation_region:US-OR
address=
line=rail color box|system=TMTC|line=Blue
other=
platform=
tracks=2
parking=Park & Ride
bicycle=Lockers & Racks
baggage_check=
passengers=
pass_year=
pass_percent=
pass_system=
opened=
closed=
rebuilt=
ADA=yes
code=
owned=
zone=3
services=
mpassengers=The Quatama/Northwest 205th Avenue station is a station on the in , . The station is the 13th stop westbound on the Westside MAX from and includes a lot. Quatama Station is named after the area which includes Quatama Road to the south of the station. Opened in 1998, the stop is near high-tech industries and the Amberglen business park that includes 's West Campus in Hillsboro that includes the .

During the planning stages of the light rail line, Hillsboro rezoned much of the area around the station to increase building densities.

Designed by the architectural group OTAK Inc., the station features a single island platform between the two tracks.

Artwork at the station has a theme of understanding nature.

Continuing with the natural elements theme, the platform has animal tracks etched into the concrete while the windscreen in the passenger shelter includes a map of the watershed for the etched into the glass.