Coming of Age in Samoa

Coming of Age in Samoa

Coming of Age in Samoa is a book by American anthropologist Margaret Mead based upon her research and study of youth on the island of Ta'u in the Samoa Islands which primarily focused on adolescent girls. Mead was 23 years old when she carried out her field work in Samoa. First published in 1928, the book launched Mead as a pioneering researcher and the most famous anthropologist in the world. Since its first publication, Coming of Age in Samoa is still the most widely read book in the field of anthropology. The book has sparked years of ongoing and intense debate and controversy on questions pertaining to society, culture and science. It is a key text in the nature vs nurture debate as well as issues relating to family, adolescence, gender, social norms and attitudes.[1]

The foreword is written by anthropologist, Franz Boas.

In the foreword to Coming of Age in Samoa, Mead's advisor, Franz Boas, wrote of its significance that,

Boas went on to point out that at the time of publication, many Americans had begun to discuss the problems faced by young people (particularly women) as they pass through adolescence as "unavoidable periods of adjustment." Boas felt that a study of the problems faced by adolescents in another culture would be illuminating. 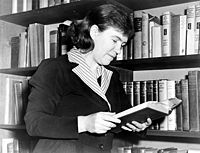 Mead described the goal of her research: "I have tried to answer the question which sent me to Samoa: Are the disturbances which vex our adolescents due to the nature of adolescence itself or to the civilization? Under different conditions does adolescence present a different picture?" To answer this question, she conducted her study among a small group of Samoans — a village of 600 people on the island of Ta‘ū — in which she got to know, lived with, observed, and interviewed (through an interpreter) 68 young women between the ages of 9 and 20. She concluded that the passage from childhood to adulthood (adolescence) in Samoa was a smooth transition and not marked by the emotional or psychological distress, anxiety, or confusion seen in the United States.

Satellite image of the island of Ta‘ū

Mead concluded that this was due to the Samoan girl's belonging to a stable, monocultural society, surrounded by role models, and where nothing concerning the basic human facts of copulation, birth, bodily functions, or death, was hidden. The Samoan girl was not pressured to choose from among a variety of conflicting values, as was the American girl. Mead commented, somewhat satirically:

... a[n American] girl's father may be a Presbyterian, an imperialist, a vegetarian, a teetotaller, with a strong literary preference for Edmund Burke, a believer in the open shop and a high tariff, who believes that women's place is in the home, that young girls should wear corsets, not roll their stockings, not smoke, nor go riding with young men in the evening. But her mother's father may be a Low Episcopalian, a believer in high living, a strong advocate of States' Rights and the Monroe Doctrine, who reads Rabelais, likes to go to musical shows and horse races. Her aunt is an agnostic, an ardent advocate of women's rights, an internationalist who rests all her hopes on Esperanto, is devoted to Bernard Shaw, and spends her spare time in campaigns of anti-vivisection. Her elder brother, whom she admires exceedingly, has just spent two years at Oxford. He is an Anglo-Catholic, an enthusiast concerning all things medieval, writes mystical poetry, reads Chesterton, and means to devote his life to seeking for the lost secret of medieval stained glass. Her mother's younger brother is an engineer, a strict materialist, who never recovered from reading Haeckel in his youth; he scorns art, believes that science will save the world, scoffs at everything that was said and thought before the nineteenth century, and ruins his health by experiments in the scientific elimination of sleep. Her mother is of a quietistic frame of mind, very much interested in Indian philosophy, a pacifist, a strict non-participator in life, who in spite of her daughter's devotion to her will not make any move to enlist her enthusiasms. And this may be within the girl's own household. Add to it the groups represented, defended, advocated by her friends, her teachers, and the books which she reads by accident, and the list of possible enthusiasms, of suggested allegiances, incompatible with one another, becomes appalling.

As Boas and Mead expected, this book upset many Westerners when it first appeared in 1928. Many American readers felt shocked by her observation that young Samoan women deferred marriage for many years while enjoying casual sex but eventually married, settled down, and successfully reared their own children.

The use of cross-cultural comparison to highlight issues within Western society was highly influential and contributed greatly to the heightened awareness of anthropology and ethnographic study in the USA. It established Mead as a substantial figure in American anthropology, a position she would maintain for the next fifty years.

As a landmark study regarding sexual mores, the book was also highly controversial and frequently came under attack on ideological and academic grounds. The National Catholic Register argued that Mead's findings were merely a projection of her own sexual beliefs and reflected her desire to eliminate restrictions on her own sexuality.[2] The traditionalist conservative Intercollegiate Studies Institute listed Coming of Age in Samoa as #1 in the list of what it thinks are the "50 Worst Books of the Twentieth Century".[3] Anthropological critics, most notably Derek Freeman, claimed that Mead failed to apply the scientific method and that her assertions were unsupported.[4]

In 1983, five years after Mead had died, Derek Freeman published Margaret Mead and Samoa: The Making and Unmaking of an Anthropological Myth, in which he challenged all of Mead's major findings. In 1988, he participated in the filming of Margaret Mead in Samoa, directed by Frank Heimans, which claims to document one of Mead's original informants, now an elderly woman, swearing that the information she and her friend provided Mead when they were teenagers was false.[citation needed]

"She must have taken it seriously," one of the girls would say of Mead on videotape years later, "but I was only joking. As you know, Samoan girls are terrific liars when it comes to joking. But Margaret accepted our trumped up stories as though they were true." If challenged by Mead, the girls would not have hesitated to tell the truth, but Mead never questioned their stories. The girls, now mature women, swore on the Bible to the truth of what they told Freeman and his colleagues."

Another account of Mead which Freeman attacked particularly was her claim that Samoan girls could and do lie about their status of virginity by the use of chicken blood.[5] Freeman pointed out that virginity of the bride is so crucial to the status of Samoan man that they have specific ritual in which the bride's hymen is manually ruptured in public, by the groom himself or by the chief, making use of chicken blood impossible. On this ground, Freeman argued that Mead must have based her account on (false) hearsay from non Samoan sources.[6]

After an initial flurry of discussion, most anthropologists concluded that Freeman systematically misrepresented Mead's views on the relationship between nature and nurture, as well as the data on Samoan culture. According to Freeman's colleague Dr. Robin Fox, Freeman "seemed to have a special place in hell reserved for Margaret Mead, for reasons not at all clear at that time."[8]

Moreover, many field and comparative studies by anthropologists have since found that adolescence is not experienced in the same way in all societies. Systematic cross-cultural study of adolescence by Schlegel and Barry, for example, concluded that adolescents experience harmonious relations with their families in most non-industrialized societies around the world.[9] They find that, when family members need each other throughout their lives, independence, as expressed in adolescent rebelliousness, is minimal and counterproductive. Adolescents are likely to be rebellious only in industrialized societies practicing neolocal residence patterns (in which young adults must move their residence away from their parents). Neolocal residence patterns result from young adults living in industrial societies who move to take new jobs or in similar geographically mobile populations. Thus, Mead's analysis of adolescent conflict is upheld in the comparative literature on societies worldwide.[10]

First, these critics have speculated that he waited until Mead died before publishing his critique so that she would not be able to respond. In 1978, Freeman sent a revised manuscript to Mead, but she was ill and died a few months later without responding.

Second, Freeman's critics point out that, by the time he arrived on the scene, Mead's original informants were old women, grandmothers, and had converted to Christianity, so their testimony to him may not have been accurate. They further allege that Samoan culture had changed considerably in the decades following Mead's original research, that after intense missionary activity many Samoans had come to adopt the same sexual standards as the Americans who were once so shocked by Mead's book. They suggested that such women, in this new context, were unlikely to speak frankly about their adolescent behavior. Further, they suggested that these women might not be as forthright and honest about their sexuality when speaking to an elderly man as they would have been speaking to a woman near their own age.[10]

Some anthropologists criticized Freeman on methodological and empirical grounds. For example, they claimed that Freeman had conflated publicly articulated ideals with behavioral norms — that is, while many Samoan women would admit in public that it is ideal to remain a virgin, in practice they engaged in high levels of premarital sex and boasted about their sexual affairs among themselves.[11] Freeman's own data documented the existence of premarital sexual activity in Samoa. In a western Samoan village he documented that 20% of 15-year-olds, 30% of 16-year-olds, and 40% of 17-year-olds had engaged in premarital sex.[12] In 1983, the American Anthropological Association held a special session to discuss Freeman's book; to which they did not invite him. Their criticism was made formal at the 82nd annual meeting of the American Anthropological Association the next month in Chicago, where a special session, to which Dr. Freeman was not invited, was held to discuss his book.[13] They passed a motion declaring Freeman's Margaret Mead and Samoa "poorly written, unscientific, irresponsible and misleading." Freeman commented that "to seek to dispose of a major scientific issue by a show of hands is a striking demonstration of the way in which belief can come to dominate the thinking of scholars."[14]

Much like Mead's work, Freeman's account has been challenged as being ideologically driven to support his own theoretical viewpoint (sociobiology and interactionism), as well as assigning Mead a high degree of gullibility and bias. Freeman's refutation of Samoan sexual mores has been challenged, in turn, as being based on public declarations of sexual morality, virginity, and taupou rather than on actual sexual practices within Samoan society during the period of Mead's research.[16]

Lowell Holmes, who completed a lesser-publicized restudy commented later, "Mead was better able to identify with, and therefore establish rapport with, adolescents and young adults on issues of sexuality than either I (at age 29, married with a wife and child) or Freeman, ten years my senior."[17]

Freeman continued to argue his case in the 1999 publication of The Fateful Hoaxing of Margaret Mead: A Historical Analysis of Her Samoan Research, introducing what he claimed was new information[specify] in support of his arguments.