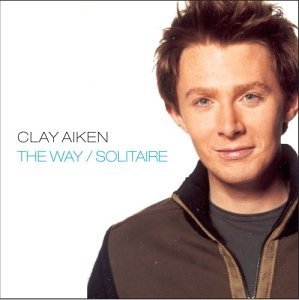 "The Way"/"Solitaire" is the second commercial double A-side CD single by released on on the label.

In the summer of 2004, "Solitaire" replaced "This is the Night" as a bonus cut on new versions of Aiken's "Measure of a Man".The Way was featured in