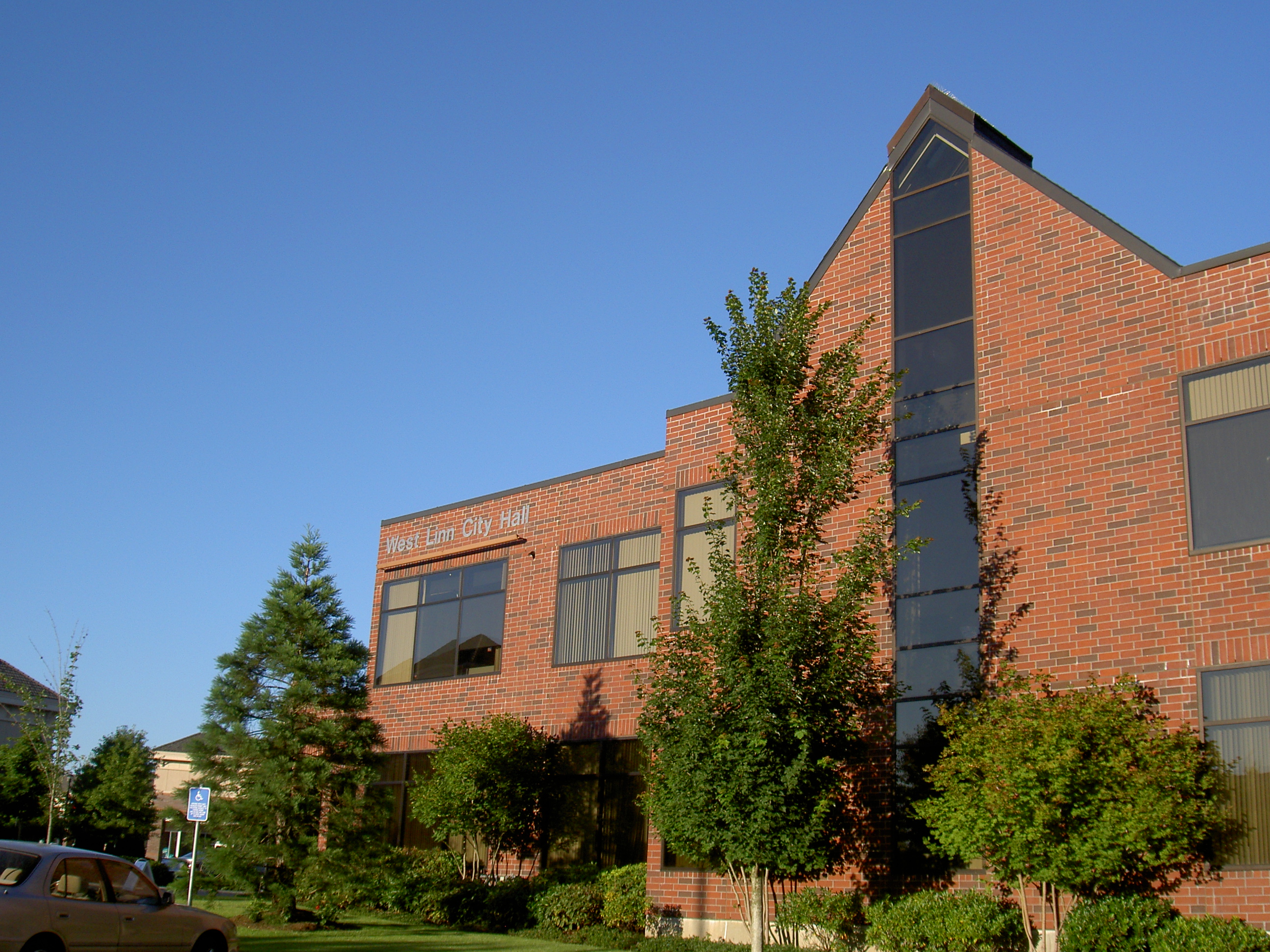 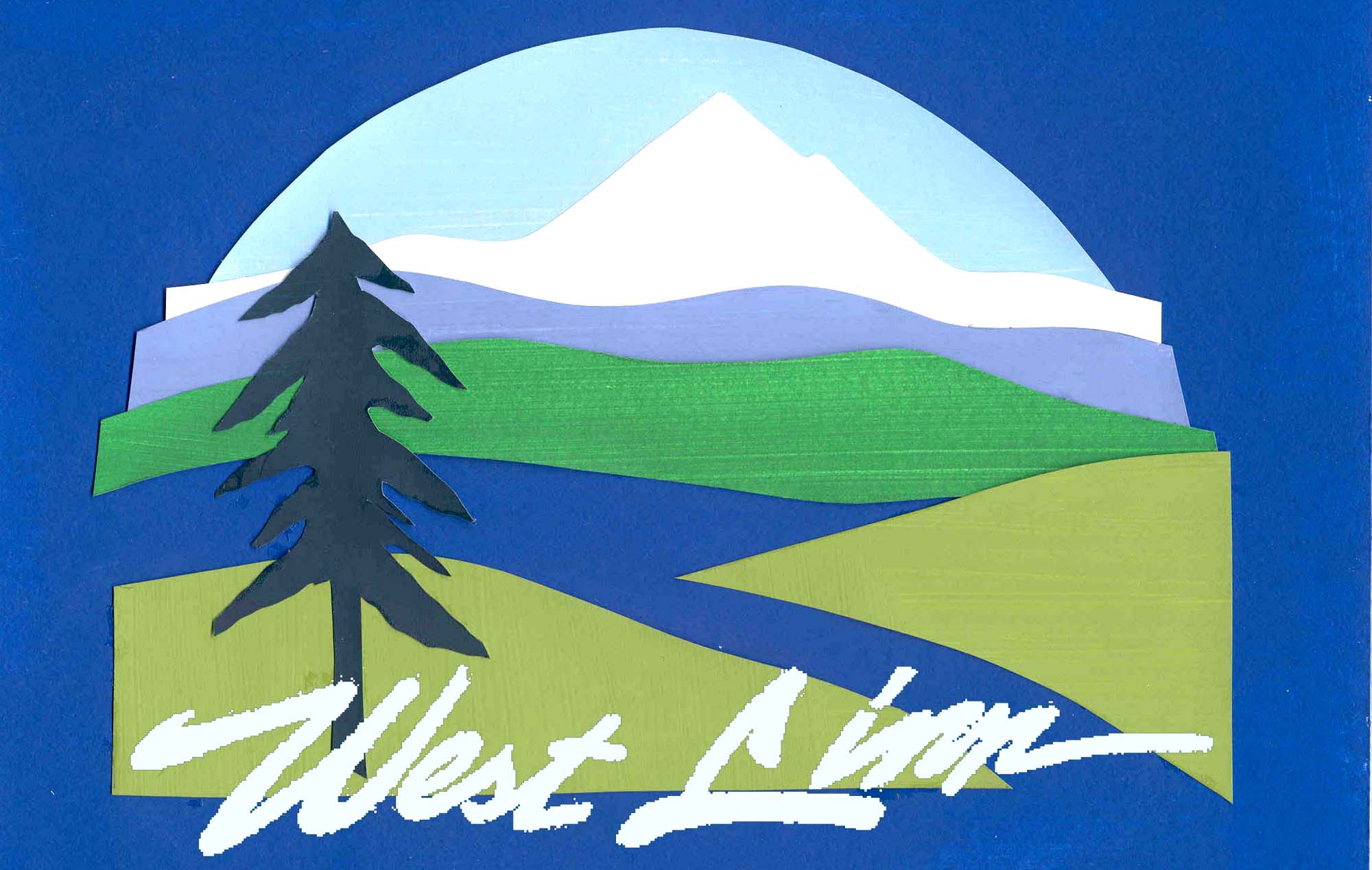 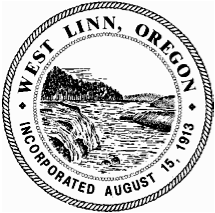 West Linn is a city in Clackamas County, , . Now a prosperous southern suburb of Portland, West Linn has a history of early development, prompted by the opportunity to harvest energy from the . It was named after Senator Dr. of , who had advocated the American occupation of Oregon as a counterclaim to the British. As of the 2000 census, the city had a population of 22,261. The 2006 estimate is 24,180 residents.

Major Robert Moore arrived in 1839 having been the senior member of the first attempt to create an American colony in Oregon, the . His title stems from his military service in the , where he served in the Pennsylvania militia, possibly as a battlefield surgeon. Sometime after journeying around the and Columbia Basin, Moore bought title to approx. 1,000 acres (4 km²) on the west side of , across the from Oregon City, from a local Native American chief named Wanax-ha, on which he platted a town known as the "Robin's Nest" in early 1843. He also filed a provisional claim with the then government of the , not knowing if his unique transaction would be honored by the eventual governing laws. The later Territorial Legislature of voted to rename it Linn City on December 22, 1845 as a memorial to Senator Dr. after whom Linn County is also named. Dr. Linn was a neighbor and family friend of the Moores from their time as settlers in the early .

For many years Linn City was an intense political and commercial rival to the adjacent town of Oregon City, but it suffered a series of natural and manmade setbacks, including Moore's death in September 1857. A great flood put an end to the pioneer settlement in November, 1861, dispersing many of the surviving family members throughout the . Decades later, however, the seminal village site was redeveloped as a locked canal and industrial complex; the descendant companies still function to this day.

The current West Linn, incorporated in 1913 and merged with the adjacent town of Willamette in 1916, includes the former townsites/developments of Bolton, Multnomah City, Sunset City, and West Oregon City. Willamette had priorly been incorporated as a town in 1908. [ [http://www.westlinntidings.com/news/story.php?story_id=121442031931979700 photographing HISTORY] ]

In the early 2000s, West Linn politics were marked by conflict between advocates of fairly strict constraints on growth and their more pro-growth adversaries. From the November 2000 to the November 2004 elections, a strict constraint advocate, David Dodds, held office as Mayor and was supported by a city council generally having similar thinking and which included current (2004-?) Mayor Norm King. In the 2004 elections, however, this group was swept out of office by a different slate led by Mayor Norm King and former city manager Scott Burgess. With other like-minded city councilors they brought a more aggressive approach to city planning. The King council also referred several measures allowing annexation of "island" properties within the city limits. The Dodds-led city government also hired John Ellison as police chief. Chief Ellison was quickly embroiled in controversy as several police officers left the force and accepted employment elsewhere. In 2005, after two and a half years on the job Mayor King accepted Mr. Ellison's resignation.

A number of embezzlement cases were discovered by the new administration and council in 2006, [ [http://www.westlinntidings.com/news/story.php?story_id=115637115086588100 WL needs a few good managers ] ] with the largest involving the embezzlement of $1.4 million by the finance manager, [ [http://www.westlinntidings.com/news/story.php?story_id=116001108116061600 City cheat pleads guilty ] ] who was on a first-name basis with the staff of the , about 50 miles away. Although Oregon law requires that municipal accounts be audited yearly, the City of West Linn had discontinued these audits in 2002. Regular audits are only now being reinstated, after the completion of a forensic auditor's investigation into the missing funds. [http://www.ci.west-linn.or.us/Information/CityDocuments/NewsReleases/Forensicaudit.pdf]

West Linn is located between the Willamette and Tualatin rivers with hills rising, sometimes rapidly, from the river banks. The area near the two rivers was, generally speaking, settled first, with later development climbing the more inland hills. Barrington Heights is an inland area of expansive mansions whereas the Willamette District, near the spot where the Tualatin river flows into the Willamette river, features older homes and commercial buildings, some of which are historic.

maintains the Camassia Natural Area in central West Linn. [ [http://nature.org/wherewework/northamerica/states/oregon/preserves/art6795.html Camassia Natural Area] ] The area features fields of camas, an important food source for the local Native Americans, and a diverse array of other plants, including rare species.

There were 8,161 households out of which 41.5% had children under the age of 18 living with them, 65.5% were married couples living together, 8.4% had a female householder with no husband present, and 23.1% were non-families. 18.0% of all households were made up of individuals and 4.9% had someone living alone who was 65 years of age or older. The average household size was 2.72 and the average family size was 3.11.