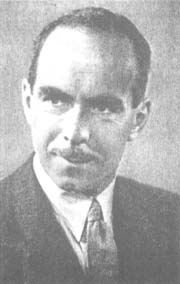 He was the son of Alice Jean McCullough and Hugh Milner Black. He became a world famous when he and won the London to Melbourne Centenary Air Race in 1934.

Tom Campbell Black attended Brighton College and the records for the period summer 1915 to summer 1917 indicate that he entered Hampden House, May 1915, was appointed House Prefect, January 1917 and played Second XI Football, 1915 to 1916 and 1916 to 1917. Campbell Black attended Army Class II and entered the RN College at Greenwich and attained a commission in the R.N.A.S. (Naval Air Service). He served first as a pilot in the Naval Air Service and later in the RAF during the Great War, rising to the rank of Captain. Arriving in Africa as a soldier settler in 1922, he joined his brother, Frank Milner Black, who had been stationed as a soldier in and decommissioned in 1920. [ [http://www.tomcampbellblack.150m.com/ Tom Campbell Black] ] Black family history has it that Tom and his brother managed a coffee plantation in , in the 1920s. Their farm was between the towns of Rongai and Eldama Ravine, in the Rift Valley, about convert|110|mi|km northwest of Nairobi. Tom was a noted horseman who was an award-winning show jumper, winning a competition in 1925. He later bred and raised race horses, which remained a passion of his throughout his life.

It is stated in the Shuttleworth Collection Records, , that an aircraft currently in their collection, a de Havilland DH.51, was built in 1925 and shortly after John Evans Carberry bought and shipped it to . The DH.51 first flew in on . In June 1928, Tom Campbell Black, G. Skinner and A. Hughes bought the aircraft and on , it became the first aircraft to be registered in . Named "Miss Kenya", it was first registered G-KAA, but with the change in the registration system, it was re-registered VP-KAA.

After flying with Campbell Black in February 1929, Mrs. Florence Kerr Wilson was encouraged by his enthusiasm to form Wilson Airways Ltd., in Kenya. At inception later in the same year, her airline possessed a single Gypsy Moth aircraft, primarily piloted by Campbell Black. The airline grew into a comprehensive air carrier across Kenya. Captain Hugo Dunkerley, the Editor of "Aeroken" and the Special Correspondent of the "East African Standard", accompanied Campbell Black in the first flight from Nairobi to Mombasa and back in a single day, on . He also accompanied Tom on a round flight, Nairobi, Dar es Salaam, Mombassa and back to Nairobi in just over nine hours, in November 1930. Campbell Black was the Wilson Airways Operations Manager but in March 1932, he resigned from Wilson Airways and left Kenya to take up an employment offer made by Lord Marmaduke Furness, a renowned horse breeder, to be his personal pilot and live back in England.

While the company was profitable, Wilson Airways was disbanded in 1939 with the outbreak of the Second World War.

In the , , report of the London to Melbourne Air Race, a mention is made to an incident that happened concerning Tom Black "Captain T. Campbell Black, famed for his spectacular rescue of , German War Ace, in the desert wastes of the treacherous Nile country three years ago." A reference to this act is found in Ernst Udet's "Ace of the Iron Cross".

An account of the rescue follows: cquote2|quotetext=While flying for Wilson Airlines in 1931, Tom Black arrived in , , some 250 km northwest of the , and Sudan borders. An aircraft had left Juba but had not reached its destination, the Shell agent expressed concern for the safety of the two German crew members. Tom Black carrying fresh drinking water took off in search of the two fellow airmen. He located the crippled aircraft and landed in the treacherous desert terrain. The two airmen had draped a tarpaulin over their aircraft and were lying under it to protect themselves from the searing sun, one of the men was seriously ill.

After two days without fresh drinking water and food they gratefully welcomed Tom Black and his supplies. Tom introduced himself as Campbell Black. The German pilot was Ernst Udet, Knight of the Iron Cross, a highly revered flying ace of and adventurer. An adventurer saved by an adventurer. Ernst described his situation as "The heat is unbearable, the brain dehydrated. Slowly, a dull despair takes hold. A sick friend, no food, and the unfriendly natives."|personquoted=Ernst Udet, 1931

In 1934, Campbell Black and Charles W.A. Scott were entered in the London to Melbourne Air Race, officially known as the "". Recorded as "Captain T. Campbell Black" in the starters list for the race, Campbell Black and C.W.A. Scott won the "Speed Section" of the race in an extraordinary time of 71 hours, and won the First Place Prize of 10,000 pounds. They also won the "Handicap Section" but the race rules didn't allow them to win the two sections. Black and Scott were awarded "The Britannia Trophy" by the , England, presented "For the British Aviator or Aviators accomplishing the most meritorious performance in aviation during the previous year."

The following report was made on an air race held at the , England: 1932. Held Saturday, , total Island course: convert|108|mi|km. At the end of the two laps it was Ashwell Cook with Tom Campbell Black as navigator, who came through to win in a aircraft averaging convert|102|mi/h|km/h|abbr=on. The following references to Tom Black are recorded in the history of "", an elegant country home in England dating from circa 1585, that in the mid-1930s was converted into one of the country's most exclusive sporting country clubs.

cquote2|quotetext=An aerodrome had been constructed to the west of the hall under the direction of Capt. Tom Campbell Black the joint winner of the 1935 Mildenhall-Melbourne Air Race. Cyril Nicholson had funded the purchase of a de Havilland DH.88 Comet in 1935 at a cost of 10,000 pounds for Campbell Black to attempt further endurance flights. It was intended to name the aircraft "Firbeck" and start many of the flights from Firbeck following the extension to the length of the aerodrome to accommodate the heavily laded aircraft during takeoff. [ [http://home.wxs.nl/~bulteman/FirbeckHall/firbeck_hall_kolom.htm Firebeck Hall 1935 - 1939] ]

Lady Fielding convinced Cyril Nicholson to name the aircraft "Boomerang" as it would always come back. Boomerang did not live up to her name and in a near fatal accident over Africa the Comet was written off and Campbell Black's aspirations of flying from Firbeck to the Cape and back in a weekend came to an end. It was Tom Campbell Black's previous connections with the during their flights looking for game in Africa that persuaded the Prince equerry to alter the itinerary of a royal engagement to Sheffield and visit the club.|personquoted=Firbeck Hall History

Campbell Black also had a long-term relationship with Beryl Markham, the famous aviatrix who lived in Kenya who had been introduced to aviation by Campbell-Black. He subsequently became her flight instructor. In September 1936, Beryl Markham achieved fame by being the first solo female aviator to fly the Atlantic Ocean from East to West (from England to America) against the prevailing winds.

In the same year, Tom Black had entered in an air race from England to , , "The Schlesinger Race", flown from to , the race offered a prize of £10,000 to the winner. Campbell-Black was one of the three favourites to win the race, all flying Percival E2H Mew Gulls.

On , while preparing for the race, Tom Campbell Black was killed at the U.K's Liverpool, , in a ground collision with another aircraft. A RAF bomber that had landed ran into Black's Mew Gull as he taxiied out for take off. Black was reputed to have been looking down at his map at the time. The propeller of the large biplane tore through the side of Black's cockpit, striking and mortally wounding him in the chest and shoulder. He died on the way to hospital. He left a widow, the English actress , whom he had married in 1935.

The winners of the "Schlesinger Race" were , (Black's co-pilot in the 1934 MacRoberts Race) and Giles Guthrie, himself later to win the Kings Cup in the same E2H Mew Gull (G-AEKL) in 1937.

The incident at Speke Airport

The following is a transcript of "Incidents Report at Speke Airport":cquote2|quotetext=On the 19th. September 1936 Peter Stanley Salter who was the Assistant Adjutant and Chief Flying Instructor of No. 611 Squadron collided in his No. K3044 with the G-AEKL piloted by Mr. Tom Campbell Black whilst taxiing on aerodrome after landing resulting in the death from his injuries of Mr. Tom Campbell Black as he was waiting to take off. Mr Tom Campbell Black who was best known for winning the air race held in 1934 from England to Australia, co-piloting the DH Comet Racer G-ACSS Grosvenor House.

Percival Mew Gull G-AEKL had just been named Miss Liverpool in a ceremony when the accident occurred. This aircraft was to have been used in an air race from England to South Africa that had been announced in 1936. The aircraft was sponsored by Mr. John Mores of Littlewoods. K3044 was written off but G-AEKL was repaired only to be destroyed in an air raid at Lympne on the 3rd. July 1940. Status, Pilot, Flying Officer, Peter Stanley Salter, OK. Status, Civilian, Tom Campbell Black, Killed.|personquoted=Incidents Report at Speke Airport