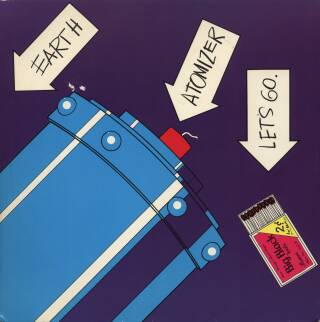 
"Atomizer" is a 1986 by the group . It is their debut album as all previous releases are EPs. The LP is accompanied by liner notes that explain the stories behind many of the songs.

It was released on CD, with the "Headache" EP and "Heartbeat" single, as "", which omitted the instrumental "Strange Things", as well as the artwork and liner notes from the original LP. This is in line with Steve Albini's general dislike for the CD format.